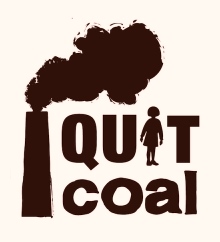 Green activists on Wednesday cheered the Supreme Court’s decision to cancel 214 coal blocks across many states in India and urged the government to spare forest areas from mining while auctioning new blocks in future.

Stating that the “dirty coal is shown the red card today”, Greenpeace India that has been protesting against clearances to the Mahan coal blocks of Madhya Pradesh said, “The SC verdict is a victory for the environment and the people of India against rampant corruption and crony capitalism rife in the resource extraction industry”.

The green group claimed that the forest communities in Madhya Pradesh “are jubilant as the Court ruled that the Mahan coal block be cancelled due to a lack of transparency when it was granted”.

Mahan Sangharsh Samiti and Greenpeace had been engaged in a long battle over the proposed open cast coal mine, which, the activists claimed, would involve the destruction of half a million trees, rob over 50,000 people from 54 villages of their livelihoods, and destroy habitat.

Reacting to the SC verdict, the Greenpeace said it believed that the Court’s ruling will spell the end of cheap coal in India with serious ramifications on the new government’s excessive reliance on coal power as the engine of economic growth.

“The forests of Mahan got a reprieve from the SC order today when the allocation to Essar and Hindalco was cancelled on grounds of illegality”, it claimed in a statement.

“This landmark decision is a wake-up call for the Modi government that came to power on an anti-corruption and economic growth agenda. Today’s ruling calls the bluff on coal’s dirty secret and should signal the end of complicity between the state and corporate players. It’s a strong message from the highest court in the country to the government and industry that the laws of the land cannot be circumvented and disregarded. The government has a stark choice — whether to develop a pro-people, pro-green economic model, or stick with corrupt, expensive, dirty energy,” said Vinuta Gopal, climate and energy campaigner of Greenpeace India.

Gopal said, “Mahan forests are one of the richest Sal forests in the country. Mining in Mahan would mean loss of livelihoods and rich biodiversity. The government should review the criteria on which coal blocks are allocated and spare the blocks in the forest areas”.

The Greenpeace India also demanded that government must not take dangerous short cuts to achieve a double digit growth figure at the cost of India’s rich biodiversity and people’s rights.

“The government must not sway from its promise of ‘Sabka Saath, Sabka Vikas’ by lining the pockets of a selected few corporate and go back into the vicious cycle of crony capitalism brought out by the SC verdict today”, it’s statement said.

Source: The Times Of India