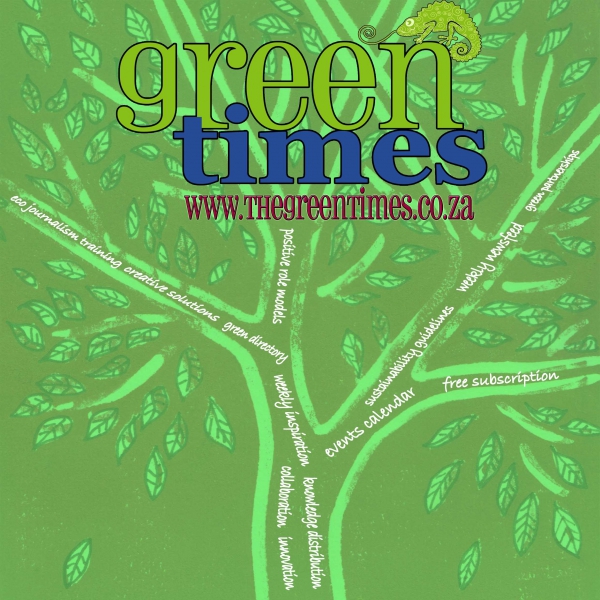 “This global crisis… will necessitate levels of collaboration, selfless behaviour, compassion & respect for the lives & future of our own & other species hitherto unknown on such a broad level.” (Robert Zipplies in Bending the Curve – Your guide to tackling climate change in South Africa)‏

Our news platform challenges the role of the news media and our responsibility to share important information with our nation.

Starting as a journalist in 1990, I discovered the reluctance of the newspaper industry to publish green news. Pouring into the press office was news about climate change and how some in the developed world were responding – and of course Germany was a huge role model. Looking around I was appalled at our nation’s ignorance.

With some friends we started the Stellenbosch branch of WESSA and got active. My open-minded editor at the Eikestadnuus newspaper in Stellenbosch allowed my first green column, Nurturing Nature. At least we were assured of one green story per week. This enabled us to mobilize actions – and the country’s second Recycling Depot at the Night Shelter. The power of the printed word to change how our society operates became evident though this first attempt at a weekly platform for constructive news. 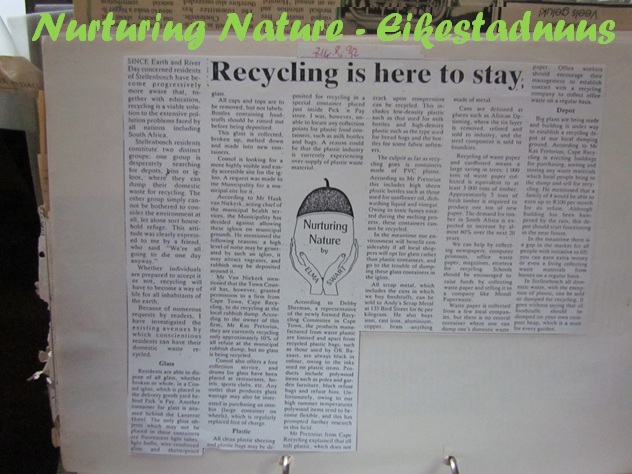 Other wonderful initiatives conducted by concerned citizens countrywide never made it into the press. How can it be that the bad-news-sells belief of the news media was allowed to jeopardise the education of our nation and turn a blind eye to environmental news, on the whole?

The truth about climate change and the destruction of our species and natural resources became a niche market – when this should have been part of public education from the start. Who is exempted from environmental consequences? Nobody! Greenies were regarded as tree-huggers – folk to joke about and not regarded as the serious and compassionate leaders which they are.

“One day someone must start a green newspaper,” I thought – clearly that was a national requirement. I trusted that once the nation became more aware, this would happen.

Naturally environmental problems escalated and all predictions from that time did not only materialise, but the truth turned out to be even more severe than anticipated. No scientist wants to be regarded as a scare-monger so they mostly distributed the best case scenarios. I moved into training educators in environmental topics and life skills in the corporate world.

Years later I wrote a second green column for a larger newspaper, the Bolander, called Living Green. This was when ‘the gift’ from the unknown relative arrived and this was my sign – I was to do this green newspaper myself. Our mission to fill the educational gaps still gaping large in the news media by sharing up to date facts and research, with a focus on solutions. 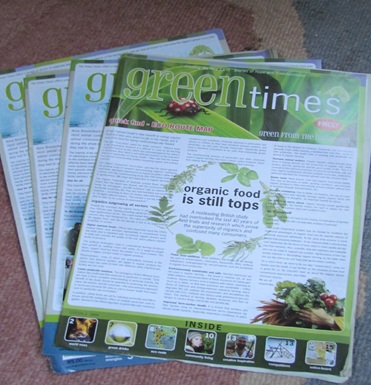 What we read becomes part of who we are and how we behave, hence our solutionary approach. We firmly believe that the more stories we share about good role models, the more we stimulate innovation and a creative response to the unfolding crisis.

You, our readers, subscribed and responded. Our readership escalated to over 25 000 and our hits up to 1.5 million per month. Many follow us via social media and we rely on your support. Many of you share the newsfeed with your lists and so this has become a shared responsibility. Thank you for caring, for reading and for sharing. Also for forwarding the news to your friends. Our inboxes are indeed overflowing and hard to manage at present, as we are understaffed at the end of our seed funding.

Is this the end?

We had arrived at a crossroads and wondered whether we had done enough? Have the news media in the meantime taken up the cause? We know they follow our lead on many stories and that is such a privilege. This is in line with our intention to set a healthy trend. But could we hand over the baton now?

So we posed the question to our community: What is the function of the Green Times and are we still needed?

Here are some responses:

“Your place in society is to continue speaking in a principled, articulate way for the environment and do so largely untrammelled by our over-commercialised, pre-packaged world order. The Green Times creates awareness of climate and environmental threats in this country and does so in a heart-felt yet balanced way, allowing for different views to be surfaced. Coverage of a complexity of issues is regular and extensive with past articles well archived and accessible. The underlying and accurate sense of urgency about the challenges planet and people face and theÂÂ need for systemic change of habits, outlook, economy and personal action is backed up with a wide range of positive examples of high and low tech solutions as well as inspiring consciousness-raising and mental shift anecdotes.” [Patrick Dowling, WESSA Western Cape Head: Education, Training & Public Capacity Building]

“The Green Times has a special place in my working day. In an era of information overload but not enough time to sift through it all, the Green Times helps to keep me up to date with Sustainability-related news and some of the latest research findings relevant to South Africa. Through the lens of the Green Times I see how innovative and persistent people are in their determination to move the needle of transformation, and it inspires and motivates me to push through the barriers of bureaucracy, red tape and denial to providing solutions that are good for the whole. The Green Directory has assisted as a starting point for academic research into the growing prevalence of sustainability-driven businesses and connected me to like-minded people who can assist me or I them in our endeavours to bring sustainable development into mainstream South Africa. 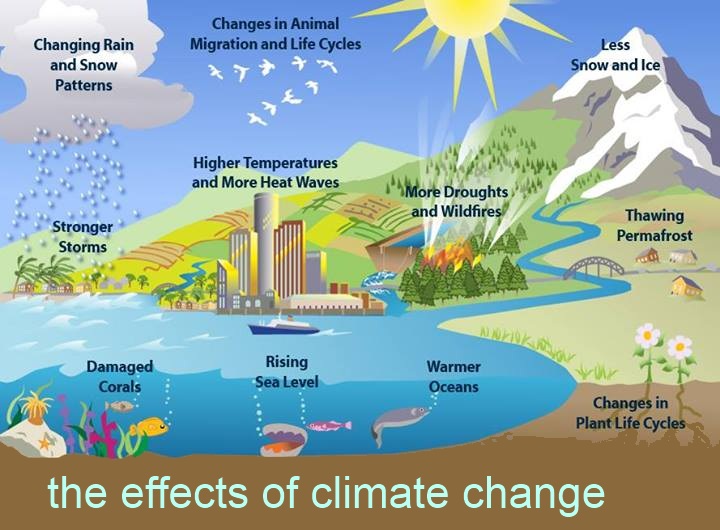 The Green Times alerts me to courses, conferences and seminars that are taking place on a variety of subjects. Some of the articles provoke me to respond or to send them on to friends and business colleagues, building the circle of knowledge and debate, which is sorely needed in this country. I trust this publication and believe there is a high level of integrity in the journalism, which cannot be said for many other “green” publications.”

“Our society faces a fork in the road now. Either we continue with our destruction of our Earth life support systems, or we rapidly learn to live within Earth boundaries. The wise choice is of course to live within the constraints the biosphere sets for us. But this requires a deep reassessment of everything we do, including the values that are most dear to us. The Green Times has for years been at the vanguard of informing us on what must be done. Elma and her colleagues are a shining light amongst the social and environmental change movement.” [Robert Zipplies, author of Bending the Curve – Your Guide to tackling Climate Change in SA www.zipplies.net]

The role of the media in climate change

“Climate change could be the biggest story of the twenty first century, affecting societies, economies and individuals on a grand scale. Equally enormous are the adjustments that will have to happen to our energy and transportation systems, economies and societies, if we are to mitigate climate change. All journalists should understand that science of climate change – its causes, its controversies and its current and projected impacts.” Science and Development Network

Climate change as social injustice is impacting vulnerable people most severely on threatened continents like Africa.

“Poverty is the most urgent challenge because it is the daily reality of many South Africans. We must therefore move with the necessary speed in dealing with climate change, which invariably exacerbates conditions of poverty for many.” (Deputy President Kgalema Motlanthe at the Green Economy National Youth Summit) 2013

What is the media doing in Africa?

Climate change continues to be one of the most important global issues confronting the international community. Yet in developing countries, climate change is poorly covered by local media, and consequently the general public lacks understanding of both the science and the policy implications of climate change. Rural communities, which are particularly vulnerable, are often the least informed.”

(The Role of the Media in the Climate Change Debate in Developing Countries by John O. Kakonge UNDP Representative) 2013

“Little has been achieved as the media continues to face various challenges in communicating and shaping public opinion on climate change. Climate change affects the poorest in our communities whose only source of income comes directly from the land, yet most of these people have no idea of what to do to adapt and mitigate these effects,” Ms Munaaba said.

“We count on you, the media, to assist the policy makers, nongovernmental agencies and other stakeholders to reach these vulnerable people. Your pen, your script, your microphone, your voice will make a big difference.” Uganda Water and Environment Minister in COMESA newsletter April 2013.

In Africa – including South Africa – lives are increasingly threatened by droughts, floods, extreme weather, food insecurity, water pollution, energy shortages. Yet our people are unaware about the causes of their increasing distress, nor understand sensible adaptation and mitigation measures they can take. Some citizens and businesses want to green up, but still feel unsure how. Yet the popular media is sidelining this issue in favour of more popular topics which enhance newspaper sales.

This serious under-reporting of climate and environmental reporting has been identified by the UN as one of the biggest contributors to this escalating crisis, especially in developing nations. The media has the role and responsibility to act as a watchdog and provide information to the public. Yet locally there has been a decline in sustainability reporting…

South African newspaper stats are even grimmer. When researchers tracked all stories covered over a 6 months period in 2012 by two big local newspapers, only 0.88% of the 28,800 stories referred to climate change. Of those few articles more than 70% were tied to international events, with neither a South African nor an African reference.

Thank you for your feedback and the confirmation that we are to find a creative way forward, which we are doing with renewed vigour and passion. We now have our non-profit company papers and will be receiving our PBO status soon. Our Club 1000 collects all those making monthly contributions and we are so grateful for those who took up the call and share generously. Others have joined our Friends groups and are helping with IT development. We want to reach at least ten times the readers over the next 12 months, so multi-media integration is very important.

Please remember that this can only continue and be scaled in line with the need to enlighten our country, and southern Africa at the burning point, with tools, ideas and support, if we manage to facilitate radical collaboration. Hence we train eco journalists, share your good work, ask for support and together we WILL mobilize the shift into a sustainable and compassionate future.

Elma and the team