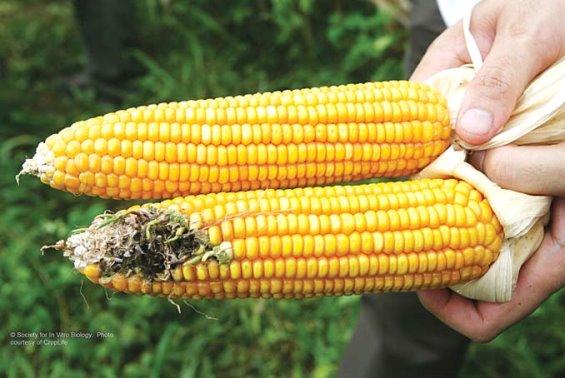 “We loan the seeds, and pay upon harvest. We are usually left with empty sacks. So we loan for food and family expenses, and inputs to be able to plant for the next season. Upon harvest, we have leftover debt.”

This is but one of the numerous testaments of farmers that farmer-scientist group MASIPAG has documented on film about the impact of GM corn in the lives and livelihood of corn farmers.

The film entitled “10 Years of Failure, Farmers Deceived by GM corn” shows the dire situation of corn farmers in the Philippines who have adopted GM corn. Amidst protests from farmers, scientists, consumers and basic sectors, GM corn was commercialized in the Philippines in 2003. At present, there are about 8 varieties of single, stacked-trait and pyramided GM corn approved by the government for direct planting. It is now planted in about 685,317 hectares of agricultural land allotted for corn.

The film documentary is based on the study done by MASIPAG on the socio-economic impacts of GM corn on farmers’ lives and livelihood after more than 10 years of commercialization. In the film, GM corn farmers relate how they became indebted because of the rising cost of GM corn seeds and increasing cost and quantity of inputs being used.

The film also shared the farmers account on the effect of GM corn farming such as emergence of new pests, soil erosion, corn contamination and human and animal health impacts. Farmers also shared the difficulty to go back to traditional or organic corn farming because of the loss of traditional seeds and practices replaced by GM corn farming and the effects of neighboring GM corn plantations. The film documentary covers the islands of Luzon, Visayas and Mindanao. 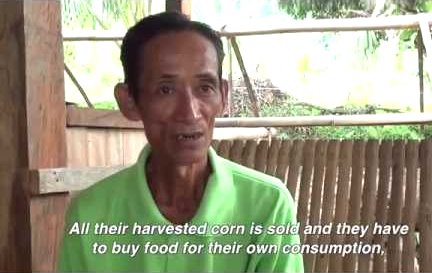 The film was released on October 17, 2013 in observance of World Food Day. That same day, Robert T. Fraley, the Executive Vice President and Chief Technology Officer of Monsanto, and Mary-Dell Chilton, who is Founder and Distinguished Fellow of Syngenta Biotechnology, received the Nobel award of “World Food Prize” for their work in developing GMO seeds.

MASIPAG national coordinator Dr Chito Medina says that GM crops such as GM corn only enforces corporate control of agriculture. “It is quite tragic that on World Food Day, huge agrochemical companies who wrested away farmers’ rights on seeds, caused environmental degradation and pollution of our valuable genetic resources are put in high regard, while small and resource-poor farmers who nurtured the seeds and who feed the population are left landless and hungry.” 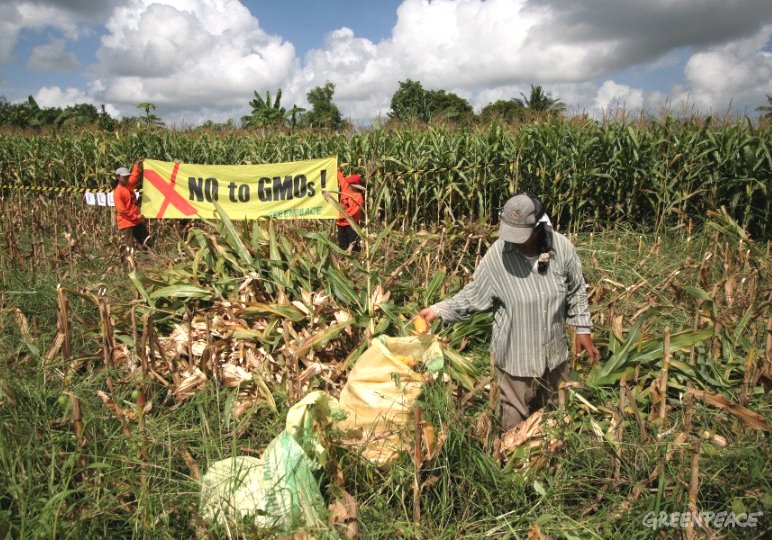 Medina also stressed that it is high time that the government heed the calls of the farmers and take policy recommendations seriously so as to attain food security thru sustainable and biodiversity-based agriculture. MASIPAG advocates for farmer-led sustainable and organic agriculture.

Recently, the United Nations Conference on Trade and Development published a report on the importance of sustainable agriculture to ensure food security in a changing climate. In 2008, the International Assessment of Agricultural Knowledge, Science and Technology for Development (IAASTD) said that the present chemical and capital intensive agriculture and the marginalization of small farmers are no longer tenable, and called on governments to redirect efforts to attaining sustainable practices in agriculture.