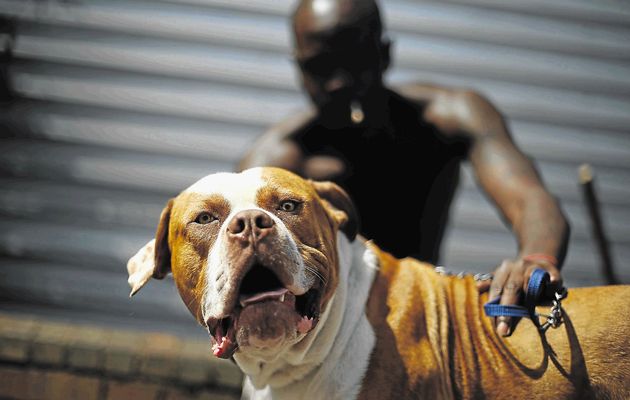 In South Africa the breed of preference for low level dog fights is the American Pitbull Terrier but other breeds such as Bull Terriers and the Chinese Shar-Pei are also used.

I saw her on the pavement outside Surfside Restaurant in Strand.
She was big and black; her coat was drenched in an oily wetness;
she crouched as if to resist going further  and cringed in a way so horrible that I heard myself asking: “What’s wrong with your dog?  Why is she so scared?”

Young and tall and lean, tattooed and pierced with earrings across his face, he laughed at me as he dragged her forward on a chain that was strong enough to hold a ship in harbour. The car guard nearby volunteered an answer:

“She knows she’s going into the fight”.
“Why is she drenched wet like that?” I asked. “To get her ready for the fight,” the car guard said, as if it was obvious.

I cannot get her out of my mind. 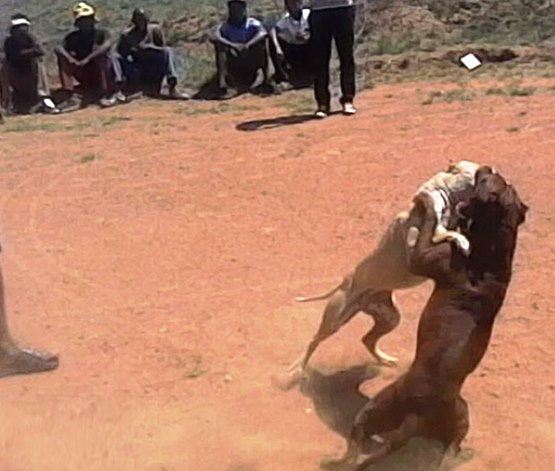 The terrible scourge of dog fighting infests the underworld within the beautiful city of Cape Town.
Mostly it is disadvantaged youths who are drawn into this barbaric horror.

Dog fighting, though illegal, flourishes despite every effort of animal welfare organisations and the police to stop it. To fight against this brutality we need to equip our youth with a complete understanding of the personal price they will pay and consequences that will inevitably confront them if they enter this dark, morally bankrupt underworld.

The urgency to reach our youth before they succumb to the lure of organised dog fighting has driven
The Humane Education Trust to design a powerful new two-day workshop “Dog Fighting must Fall” for high school students from at-risk communities. Humane Education’s workshops will include testimony by a former member of a dog fighting syndicate. 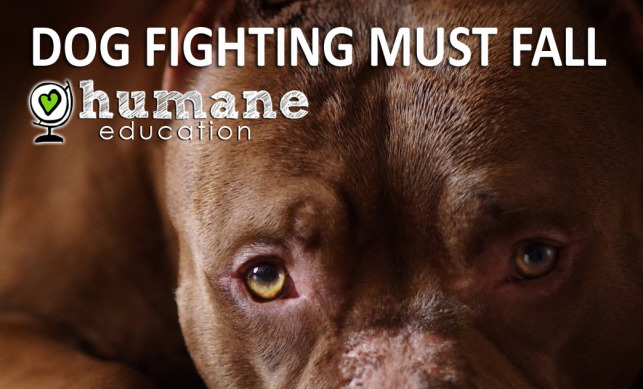 To paralyse this industry requires mass action! Our aim is to run 30 workshops at 30 schools before the end of 2016. A two day workshop for 1 school, including facilitators and classroom resources, costs R5000. This campaign relies solely on donations and sponsorship. We can’t do it alone, your support is essential.

Special acknowledgement in the form of a Certificate of Recognition, for a donation of R5000 or more, will be presented to and displayed at the benefiting school.

Humane Education is in a strong position to fight this horrendous and depraved industry for the following reasons: