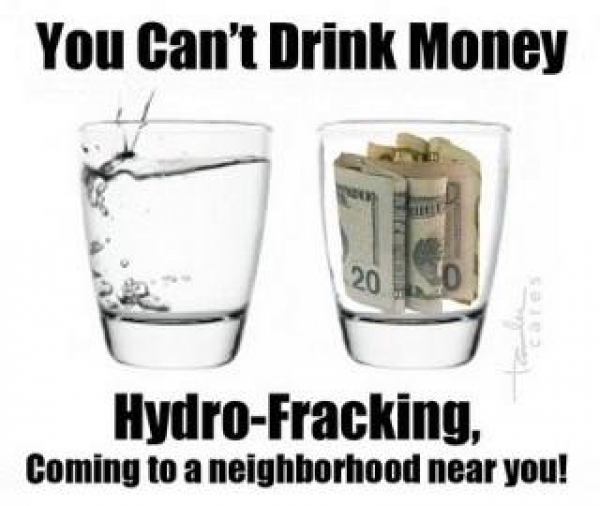 Many people are aware of the recent campaign in the Karoo against a proposed natural gas mining process known as hydraulic fracturing or ‘fracking’. However most do not realise that large parts of the Free State, Eastern Cape Highlands and KZN are also under threat.

This map confirms that a consortium of Sasol, Statoil and Chesapeake have been granted exploration licenses for fracking in the Drakensberg region. Mthozami Xiphu, chief executive of Petroleum Agency SA, has confirmed that Sasol, Statoil and Chesapeake were granted a one year technical co-operation permit in November 2010. Currently they are involved in a desktop exploration study which does not involve any drilling at this stage, nevertheless it is a situation that local residents need to monitor closely.

The permits have been granted despite the Drakensberg being one of the country’s top tourist attractions, a proclaimed World Heritage Site because of its natural and cultural diversity, a highly productive agricultural area as well as a vital source of clean water for large parts of the South Africa.

Just imagine for a moment what could happen to our lives if this were allowed to happen. We could no longer rely on having safe water to drink, and there are potential health threats to both humans and animals. Our two major industries of farming and tourism could be negatively impacted, leading to a substantial loss of jobs. The stunning mountain views and diverse wildlife and plant life that we enjoy today could be lost forever. The very land that we live on could become unstable – just recently in the UK drilling was halted after the British Geological Society recorded two small earthquakes within 500 metres of the site. Fracking could affect both rich and poor because it threatens basic human rights, both physical and intellectual.

‘Fracking’, or hydraulic fracturing is a process whereby water, sand and chemicals, many of which are highly toxic and carcinogenic, are drilled deep into the land to extract natural gas. This process has been condemned across the world as being highly damaging to the environment as well as hazardous to human and animal health and has already been banned in France. Sadly, most of the evidence for us to consider thus far has been anecdotal rather than based on true scientific research which means that the oil and gas companies and anti-fracking activitists are polarised against each other without many hard facts to rely on.

This is changing though – a recent study by Duke University in the US found that methane levels in water wells near to fracking sites was 17 times above normal. The US Environmental Protection Agency (EPA) is conducting a comprehensive research study to investigate the potential adverse impact that hydraulic fracturing could have. These results are only likely to be available in 2012.

In the US, fracking has been used for several years in over 400,000 gas wells and the following issues have been recorded:

1,000 cases of documented water contamination have been reported in the drilling areas of Colorado, New Mexico, Alabama, Ohio, and Pennsylvania. Groundwater wells and natural streams have been contaminated with natural gas (in some cases so extreme that the water can be set alight! There is also a risk of pollution via radioactivity and various toxic and carcinogenic hydrocarbon compounds associated with natural gas as well as chemicals contained within the fracking solution.

Large quantities of contaminated fracking water which needs to be returned to the surface needs to be disposed of and stored. There is also a real risk that underground water sources could be polluted since there has been no detailed study to ascertain what the long term affect of fracking has on the overall water table. The oil and gas companies are trying to reassure people, but they also lack clear evidence to support their claims. Shell’s recent announcement that “there has never been a single documented case of groundwater contamination resulting from fracturing” was recently deemed ‘unsubstantiated’ by the South African Advertising Standards Authority. The advert had to be withdrawn. Any water pollution could threaten our health, food production and local food security.

People living near fracking sites frequently complain of chronic headaches, respiratory problems, increased asthma cases and general ill-health. Some conditions are very serious indeed. In one famous case, reported on by a US Government watchdog organisation in 2008, a Colorado nurse nearly died of organ failure after being exposed to a worker who had been soaked in fracking liquids. Even while she was on the brink of death, the company refused to divulge what chemicals she had been exposed to. She still doesn’t know.

Some of the chemicals injected into the ground are incredibly toxic and can include benzene, xylene, ethylene glycol, diesel fuel, naphthalene compounds, boric acid, arsenic and formaldehyde. One of the worrying aspects of fracking is that the oil and gas companies have consistently refused to disclose the exact chemicals that they are using, claiming that their special ‘mix’ is proprietary and therefore kept as secret as the recipe for Coca Cola. Very strict controls would need to be put in place and given other very pressing priorities, it is questionable whether the government has the capacity to police this.

Can we afford more soil erosion in an area that has parts that are so degraded to make them unsustainable for agricultural purposes?  Soil erosion also leads to desertification which itself leads to droughts, further exacerbating the water supply problem of the country.

Domestic pets and farm animals living in the vicinity of fracking operations have been shown to suffer from reproductive issues, birth defects, ill health, losing hair and weight. Stock farming is already a marginally profitable endeavour – any more losses than presently experienced would mean that stock farming may become untenable in these areas where crop production has no potentials because of the cold climate and unseasonal frosts. Additionally, stock animals dying due to chemical poisoning will affect the entire food chain.

Methane escaping from fracking wells as well as pollution associated with thousands of truck trips required for fracking operations have led to significantly elevated levels of various hazardous air pollutants, including ozone, BTEX gases and other volatile organic compounds.

A Waste of Water

Between 4 and 20 million litres are water are used per well for each fracking event. Each well therefore could be consuming the equivalent of 500-2,600 families’ usage for a whole month, based on average usage figures for South Africa. There can be hundreds of wells in a designated fracking area and each well may be ‘fracked’ a number of times. Many water experts are already calling the current water situation in South Africa a crisis, and this very likely to be exacerbated by climate change. Experts have warned that certain areas may run out of water in 2012.

It therefore seems ridiculous and downright stupid to waste this precious resource, particularly given that the Drakensberg region is the country’s major water source, with river tributaries feeding all the way to both Indian and Atlantic Oceans.

The US Geological Survey has reported more than 800 earthquakes in central Arkansas from September 2010 to January 2011. The earthquakes have caused damage to homes such as cracks in walls and driveways. Geologists believe the earthquakes could be the result of frack fluid waste disposal in injection wells. A 6-month moratorium was established in January on the building of new injection wells whilst this situation is being investigated.

The potential disadvantages and dangers associated with fracking are numerous and more disturbing is the long term effects have not been assessed. Thus there are more questions and risks associated with fracking than there are answers and benefits. Results from research undertaken overseas must be considered, even if it takes five years, before any fracking endeavours are allowed in this country.

What advantages can our local communities expect to gain from this proposal? These appear minimal to say the least. Farmers, communities and landowners would receive NO compensation or have any rights to deny access to their land, since the mineral rights are owned by the government under the terms of the Mineral and Petroleum Resources Development Act 2002 (MPRDA). The government has already granted exploration permits without any community and landowner consultation. The fracking process is primarily machine operated, and run by mining specialists so there would be little benefit in terms of local employment. Any jobs that are created would likely be negated by a decrease in tourism and agricultural production, contradicting government poverty alleviation programmes.

Renewables should be first priority

Energy production and consumption projections make it apparent that alternatives are required to replace existing gas and oil supplies which are being consumed at an unsustainable rate. However in a country that has an abundance of sun, water and wind, clean sources of solar arrays, wind turbines and hydrosystems should be explored as a first priority, and particularly whilst there is a lack of long-term scientific evidence regarding the impact of fracking.

These alternative energy sources provide far more with regard to job creation and economic development, and have far less impact on the physical or intellectual environment.

Fracking has the potential to affect all citizens, including the municipalities who have a responsibility to provide basic services and infrastructure. A vigorous anti-fracking campaign earlier this year, has succeeded in obtaining a short-term moratorium in South Africa while a committee looks at the environmental impact. However we must not be complacent; we must use the moratorium period to voice our concerns, request information and demand that the process be permanently halted, or at least until such a time as it can be proven to be safe and the best option from an environmental as well as people perspective.

It appears that uninformed decisions have been made on our behalf and unless we are proactive, we may lose our livelihoods. Don’t be apathetic – fracking affects us all.

Here are some ideas as to how you can assist the campaign:

More information regarding fracking in South Africa can be found at: