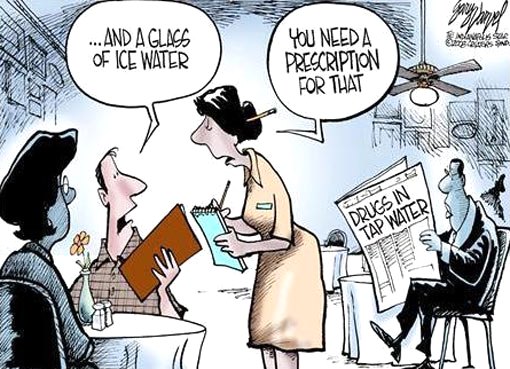 Compounds of these drugs have been found in several studies on water sources around South Africa between 2013 and June 2015.

34 pharmaceuticals and pesticides in our drinking water

He said the compounds are present at low concentrations, but over periods as long as 10 or 20 years – making it difficult to asses the long-term impact of low-level exposure.

Contaminants of emerging concern are compounds that we previously did not identify or understand the health impact of.
— Professor Hugh Patterton, chief researcher at Stellenbosch University

The study identifies the most significant new substances in drinking water quality that could be a concern to human health in the country.

Titled “A survey of contaminants of emerging concern in drinking water in South Africa”, the study is published in the latest edition of the South African Journal of Science.

According to Patterton, pharmaceutical companies are not the only ones responsible for the presence of drug waste in tap water.

South African households contribute to the emerging concern with their hygiene practices and in the way they they dispose of drugs and pesticides.