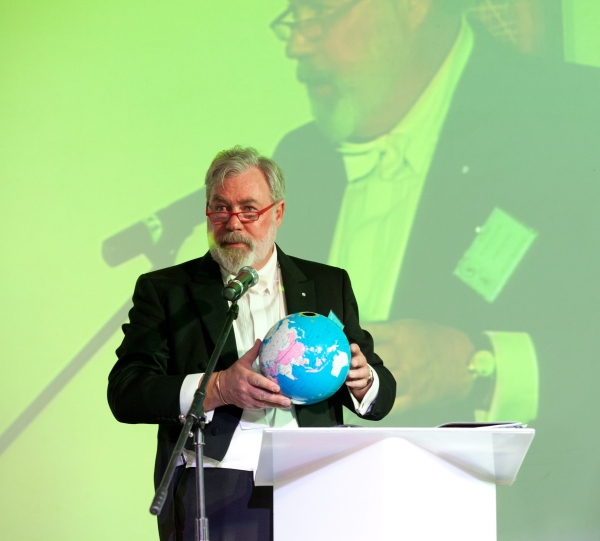 Following a nail-biting month or so for finalists, the Eco-Logic Awards ceremony for 2013 took place on Thursday, 26 September at Maropeng in the Cradle of Humankind, Gauteng.

Hosted by The Enviropaedia, in association with SABC3, the glittering event focuses on Eco-Logic – a mindset and value system that goes beyond products and manufacturing to include how we run our businesses; how we live in society and our communities and the application of natural law to our politics and economy. The following category winners personified these values.

Hotel Verde – claiming the title of “Africa’s Greenest Hotel”, Hotel Verde is harvesting and saving water on all fronts.

Pick n Pay – Pick n Pay’s ambitious energy efficiency initiatives target both operational and behavioural changes and these have achieved an impressive 8.7% improvement in energy usage during the past year.

GreenOffice – greenABLE is a non-profit company that employs previously disadvantaged persons with physical disabilities to dismantle printer cartridge waste into their recyclable components. This process enables them to enables them to earn a salary whilst gaining work experience and furthering their education through AET and learnerships. greenOffice was instrumental in the establishment of greenABLE, the first and only facility in Africa to have a recycling solution for printer cartridge waste.

The JNF Walter Sisulu Environmental Centre – a centre that serves as a resource of learning for the community and schools of Mamelodi. The centre hosts demonstrations of best practice on important environmental themes including Biodiversity, Water, Energy and Waste – to educate and mobilise learners from schools and the broader community to actively participate in active change towards a more sustainable environment.

Coca Cola SA – has completed building its new filling plant in Heidelberg for the water brand, Valpré. The office block achieved Gold Leadership in Energy and Environmental Design certification in 2012 and in March 2013, the production facility achieved Silver status. The plant boasts the lowest Environmental Impact in Africa.

George Municipality – the municipality does not only strive to deliver excellent quality services to its residents, but to do so in a sustainable and environmentally sensitive manner. George has received numerous environmental awards in recent years and aims to be a leader in the field of sustainable city management.

Birches Pre-Primary Eco School – The Birches is a small Eco-school in Pinetown. Struggling financially over the years; the school made a determined effort to become environmentally self-sustainable. The environmental initiatives implemented at the school have included; recycling; water harvesting and re-use; food gardens and fruit forests. Whilst it has taken 20 years of ongoing dedicated and intelligently applied effort, in an exercise done recently in Grade R; the students confirmed that as a result of all the work done, they can now live on the premises comfortably and sustainably as if it were an island – for the rest of their lives.

Margaret Roestorf – SANCCOB – As CEO of the Southern African Foundation for the Conservation of Coastal Birds (SANCCOB), Margaret talks penguins, gannets, cormorants, pelicans, petrels and albatrosses. Wherever she goes in the world she warmly encourages people to support marine conservation projects that protect and conserve these precious seabirds and the marine environment they depend on. Her committed and dedicated efforts bring conservation dollars and euros into Southern Africa, and her enthusiastic interaction with conservationists and governments around the world is successfully raising the profile of these highly threatened birds.

Jeunesse Park – Food & Trees for Africa – a visionary ecopreneur and change agent who started Food & Trees for Africa (FTFA) in 1990, which since then has distributed 4.2 million trees, facilitated the development of thousands of natural food gardens, several bamboo plantations and organic farms for disadvantaged communities. Jeunesse’s pioneering vision and leadership has also included: Introducing Permaculture to South Africa, lobbying for and contributing to the inclusion of urban forestry, urban agriculture and Permaculture in South African government policy, envisioning and enabling the first online South African carbon calculator and motivating the first bamboo programme registered for carbon offset under the Verified Carbon Standard in 2011. Jeunesse is also the founder of the Carbon Protocol of South Africa and the Climate Change Leadership/Climate Hero Awards. As a dedicated and tireless eco-warrior, Jeunesse is also currently a Climate Leader, Mentor and African Branch Manager for Al Gore’s Climate Reality Project.

Era Architects – House Jones – An Island Home: The house is a carefully designed energy efficient system to create comfort both inside and outside harnessing its natural environment and climate. It mediates between the indoor and outdoor environments with planted “green bubbles” of space. It supplies its own water and recycles all its waste. A comprehensive energy strategy using solar thermal, PV, and gas ensure independence. 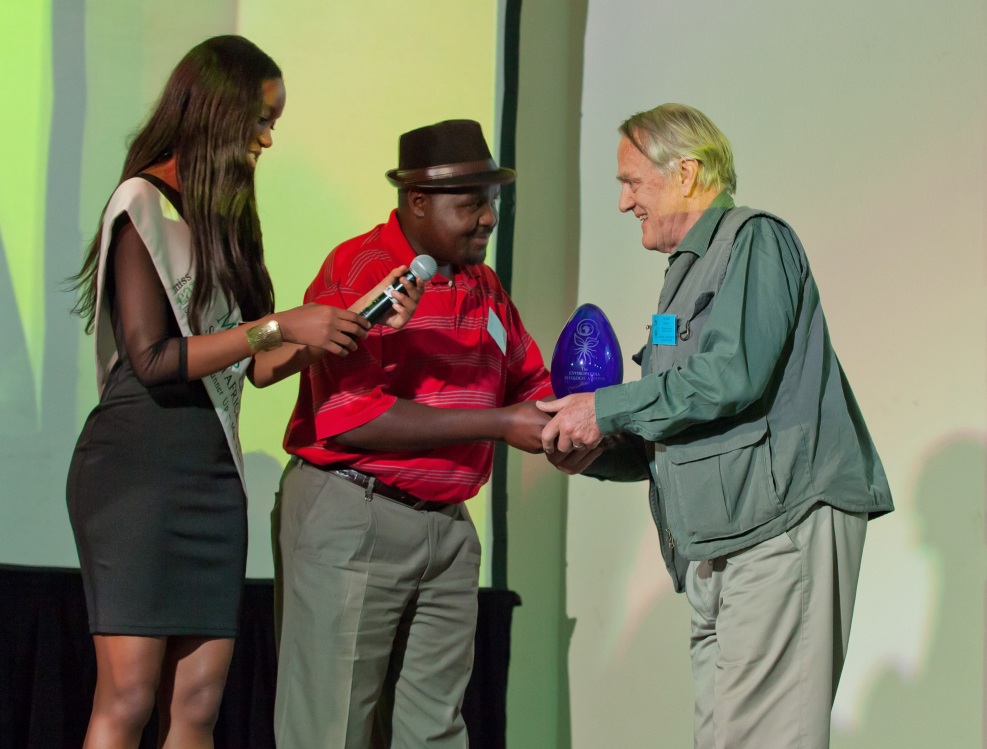 Says David Parry-Davis, editor of The Enviropaedia and co-host of the Eco-Logic Awards: “The entries this year were of a very high quality and it was a tough judging process to decide on a winner for each category. The 2013 Awards included new categories (such as the Municipality category), networking events and sponsors and we are growing at a faster pace than we initially envisaged. We are proud to be part of this thriving Eco-Logic community and look forward to 2014.”

Says Dr John Hanks, who was awarded the Lifetime Achievement Award: “One of my current preoccupations is the identification, nurturing, mentoring and encouraging the conservation champions and leaders of the future. The Eco-Logic Awards are the type of awards that call attention to some of the great work underway to promote the message that environmental conservation is not a luxury, but instead a vitally important prerequisite for building a sustainable future for South Africa. I am honoured to be a part of an Eco-Logic mindset that is obviously, if these Awards are anything to go by, being adopted by a growing number of individuals, businesses and organisations. I thank them for the award, but more so, for being part of highlighting the importance of changing the way in which we relate to and work with the very environment that we depend on for our quality of life and survival.”

For more information about The Enviropaedia and the Eco-Logic Awards please visit www.enviropaedia.com, find them on Facebook or email Sabine at networking@enviropaedia.com.