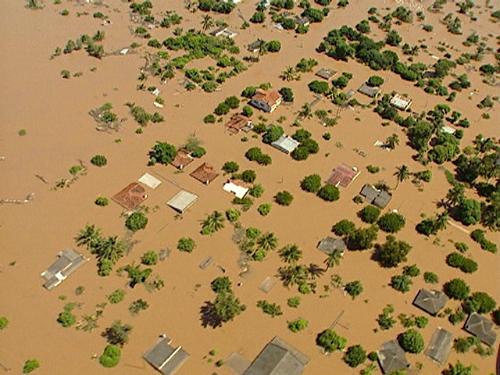 Flooding in the Limpopo River basin

“We are going to win this struggle. Whenever a struggle is involved in a choice between what is right and what is wrong, the outcome is inevitable.”

With these words former vice-president Al Gore introduced day 2 of the Climate Leadership Corps training, which I was lucky enough to attend.

“It’s all about resolving the clarity of the choice. A choice between life and death, therefore choose life! We are at a moment of choosing. Every day we delay we increase the risk of damage. The sooner we choose affirmatively, the better.”

Most of us had seen his film An Inconvenient Truth some years ago. Over the past few years Mr. Gore had gathered around 450 000 slides of the destruction of our planet due to daily extreme weather events. And the science behind it all.

We are no longer talking about the future, or elsewhere. It is happening now and here. Here we were in Johannesburg against the backdrop of floods in Limpopo, Bela Bela, Warmbaths, Pilanesberg – read more about that in this newsfeed. The planes couldn’t land in Johannesburg. At one stage there were 45 planes circling OR Tambo airport, waiting for the permission to land in single file due to inclement weather of two weeks of non-stop hard rain. Dams were overflowing. Planes delayed, airports in chaos. Three learners from Food and Trees for Africa’s EduPlant project got swept away in a flood and drowned.

We witnessed the photo story of the consequences, which we are simply unaware of still. In spite of my 24 years in the industry, I was still shocked. A molten runway. When temperatures went above 54˚C the weather maps had to be changed and 2 new settings added.

The irony of my work is that I was really bad at geography at school. I preferred  languages and people-centred subjects. I am still motivated by the immense suffering that results from what we are creating on this planet now, hence my social activism.

Yet I am determined to share my very basic understanding of the science behind our situation, as explained during this training. If we don’t understand, we also cannot respond, so please pass this on. I will be sharing a section  every week. The future and the present depend on us grasping, taking it to heart and mobilising our own personal response.

The atmosphere of this planet within which we can survive is thin – like the skin on an apple. And we pump 90 million tons of climate change pollution per day into this fragile strip. The energy trapped by these gasses is the equivalent of 400 000 atomic bombs, like Hiroshima, exploding every day.

This leads us to the next problem: 90% of the heat energy is absorbed by the oceans, creating ocean storms – causing chaos like Typhoon Hayan last year in the Philippines. During the week leading up to the storm the ocean was 3 degrees warmer than normal … this extra energy is then dumped by the storm. 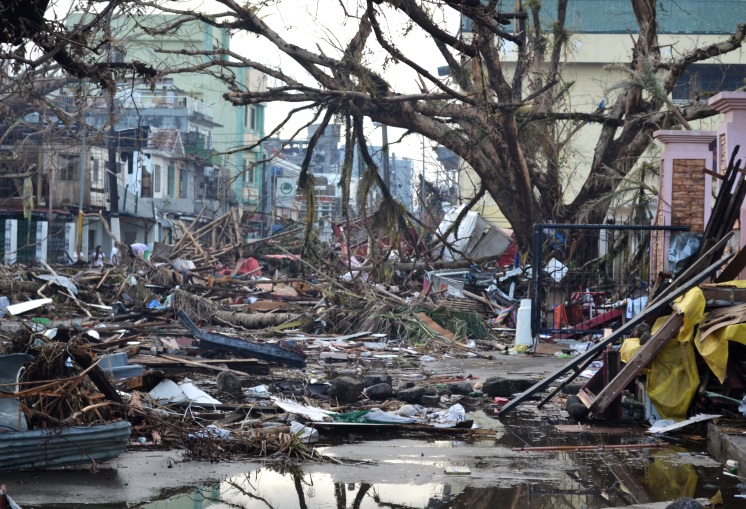 Debris lines the streets of Tacloban, Leyte island. This region was the worst affected by the typhoon, causing widespread damage and loss of life. Image: Eoghan Rice / Wikipedia

Today there are still more than 4 million homeless climate refugees in the Philippines! Can we begin to feel this? In fact, the Philippines suffer repeated assaults due to the warming oceans.

So now warmer oceans also cause more water evaporation, so more water gathers in the sky. Each 1% increase of temperature leads to a 7% increase in water vapour. There has been a 4% increase in average humidity in the atmosphere over the past 30 years. This falls down as rain and snow. When storms come through there is more water to pick up. So the storms get bigger.

The water vapour in the air is then sucked in from thousands of kilometres away when the rain comes down, like a funnel. This causes massive downpours, like Daggendorf and Calgary, Canada last year and Malaysia 3 months ago. With warmer oceans and more water vapour in the atmosphere the snow melts faster and the droughts are deeper and longer. What’s more, the warmer oceans suck moisture out of the soil, leading to more droughts. 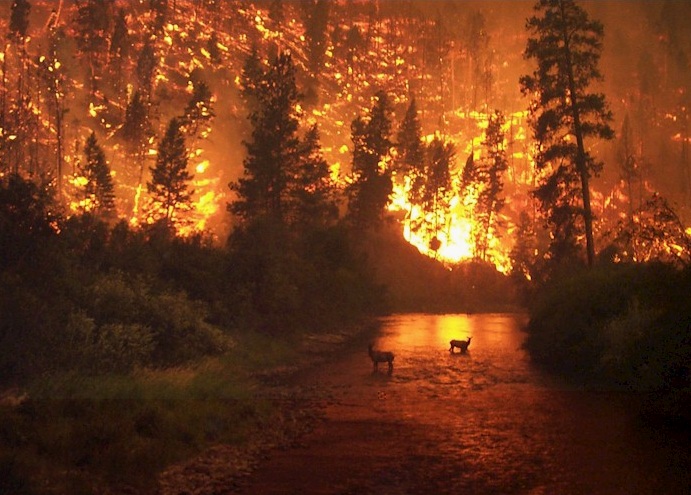 Droughts are intensifying and the Sahara desert conditions are spreading northward. So too drought conditions in the south of France. Then we have to deal with the political consequences of climate related catastrophes. Like in Syria 60% of the farms are destroyed. 80% of the cattle have died due to the drought.

During Water Week, this is not good news. How does one respond to such harsh facts? I will be conducting Climate Conversations to share the story and help others verbalise and craft their own unique actions. Now is the time for active citizenship. The time to wait is over. You can create a space for this, the most important conversation of our time, at your work, your school or your church. We need to work together to craft a constructive plan. Please help make this happen.