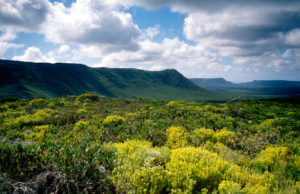 The SA government’s annual National Water Week campaign for 2021 is scheduled to take place during the week of 15 – 22 March, culminating in the United Nations’ World Water Day that will this year be celebrated around the world on Monday, 22 March 2021.

The aim of this annual event is to educate the public about their responsibility in water conservation initiatives, whilst raising awareness around the need to protect and conserve the country’s water resources. Whilst SAPPMA applauds and supports the idea behind the campaign, it is clear that its focus and impact should stretch much further than merely educational purposes. More than ever before, it needs to stimulate authorities into action.

As we all are aware, South Africa is a water-scarce country. The mean average rainfall for our country is only 495 mm per year – compared to the equivalent world figure of 860 mm. Roughly 21 percent of our country receives less than 200 mm precipitation per annum. This puts us 139th out of 177 countries.
When looking at the estimated amount of available water the figure for South Africa is less than 2 000m3 per person per year, compared to 15 000m3 in the USA.

This bleak situation is exacerbated by massive and unplanned influx of people from all over Africa, which places severe stress on all our resources. Dr Anthony Turton, Professor in the Centre for Environmental Management, University of the Free State, predicts that South Africa will need 1,6 times the amount of water than will naturally be available by 2030.

Whilst we are grateful that many parts of our country are blessed with above-average rainfall, there can be no doubt that in the long term, South Africa is in a serious water crisis. There are multiple reasons for this catastrophe and it also varies from area to area. Whilst it is a fact that we experience multi-year droughts in certain parts of the country, other factors, which are humanly induced, exacerbate the problem. These include major pollution of water sources and wetlands, uncontrolled mining activities and ageing or insufficient infrastructure in most urban areas.

The result of this toxic mix is the following:

All of these factors are overarched by poor management of resources, corruption and lack of funding.

In 2013 Trevor Balzer, in his position as Acting Director General of the Department of Water Affairs, stated that SA would need about R700 billion over the next 10 to 15 years to refurbish the nation’s water infrastructure and to improve the supply situation. A year earlier, Edna Molewa, then the Minister of Water and Environmental Affairs, raised the possibility of attracting funds from foreign investors for the maintenance of the ageing water infrastructure, hinting at the possibility of partial privatisation of some treatment plants.

Today, almost a decade later, the Government’s National and Sanitation Master Plan states that R33 billion per year for the next 10 years will be required to achieve water security. It is clear that although we have heard many statements and promises made over the past few years, we have unfortunately seen very little action.

South Africans are very aware of the current electricity crisis we are dealing with in the country, and regular power cuts or load shedding has become a regular occurrence. As a nation, we are trying our best to adapt to this situation by way of standby generators, investing in solar panels or simply better planning of our activities.

Not many people realise, however, that there is a definite interdependence between water and energy. Water is required to generate electricity, while a large portion of electricity is used to pump and distribute water. The cost and availability of electricity at present is therefore a big stumbling block to desalinate sea water, which anyway would only be economically available in coastal areas (estimated at 2 kWh/m3).

Whilst we are managing to more or less carry on with our daily lives without a consistent supply of electricity, interrupted water supply will be catastrophic and clearly a totally different ball game. The impact of having no access to clean drinking water for a number days on end is almost unfathomable, but is a very real possibility.

SAPPMA has never been quiet on this topic and have regularly and consistently been raising awareness of the seriousness of the situation and reality of the threat of water shedding.