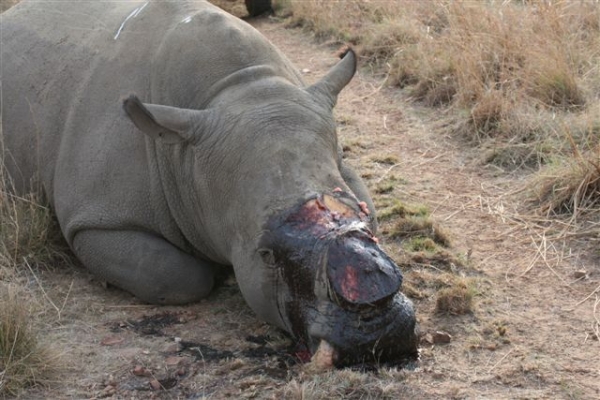 South African National Parks (SANParks) revealed that yet another 8 rhinos were found shot and dehorned in the Kruger National Park (KNP) following an intensified patrol in various parts of the National Park on Tuesday, 10 January.

Although there are a few leads, members of the South African Police Services are working around the clock to get to the bottom of this brutal attack. Investigations are underway.

South Africa is home to almost 90% of the world’s around 22800 rhinos. It is believed that the animals’ gruesome attacks are linked to an increased demand for the horn in Asia, particularly Vietnam and Thailand. In these countries there are people who believe that the horn – made of keratin (the fibrous structure proteins that make up hair and nails) – has medicinal properties, including a cure for cancer.

Thakhuli from SANParks appealed to the public to contact their nearby SAPS if they have any information which can help them speed up the investigation. He said that while the find was disturbing, they are determined to win the war against poachers.