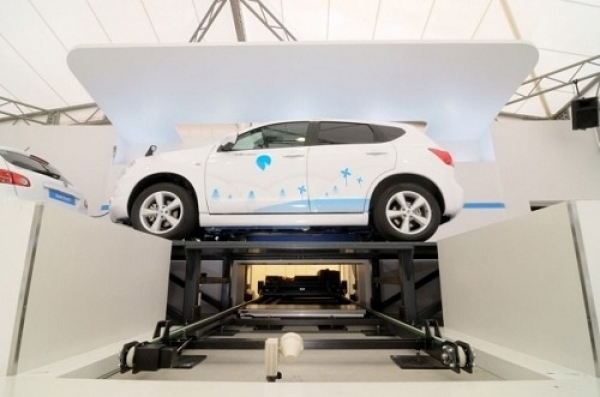 The Israeli city of Tel Aviv is now planning the creation of an extensive electric carsharing program. For obvious reasons, the country could significantly cut back its reliance on imported fossil fuels. The new electric car sharing program is good step in that direction. The unstated eventual goal, is of course, an oil-free Israel.

It’s predicted that the French-company Renault will feature heavily in the new program. It is already a “major partner in one of Israel’s premiere electric car projects, the battery-swapping Better Place,” sister site Gas2 notes. ”If Better Place and Renault could convince the politicians that battery swapping and car-sharing is a perfect marriage, it’d be a big win for the hard-hit EV innovator.”

Ido Shamir, director of the Tel Aviv-Yafo Economic Development Authority, said carsharing plans are attractive mainly to people who travel infrequently, “such as families that already have one car,” adding, that such a system “reduces the number of vehicles and air pollution and frees up parking spaces.”

How quickly and readily such a program will be accepted by the Israeli public remains to be seen. A switch to electric automobiles and renewable energy sources is likely an inevitability for the country though. Its reliance on imported oil makes it very susceptible if a large regional war were to break out.

Carsharing is actually a fast-growing trend around the world due to the numerous benefits listed above. And there are now several companies and organizations that focus exclusively on electric vehicle carsharing.