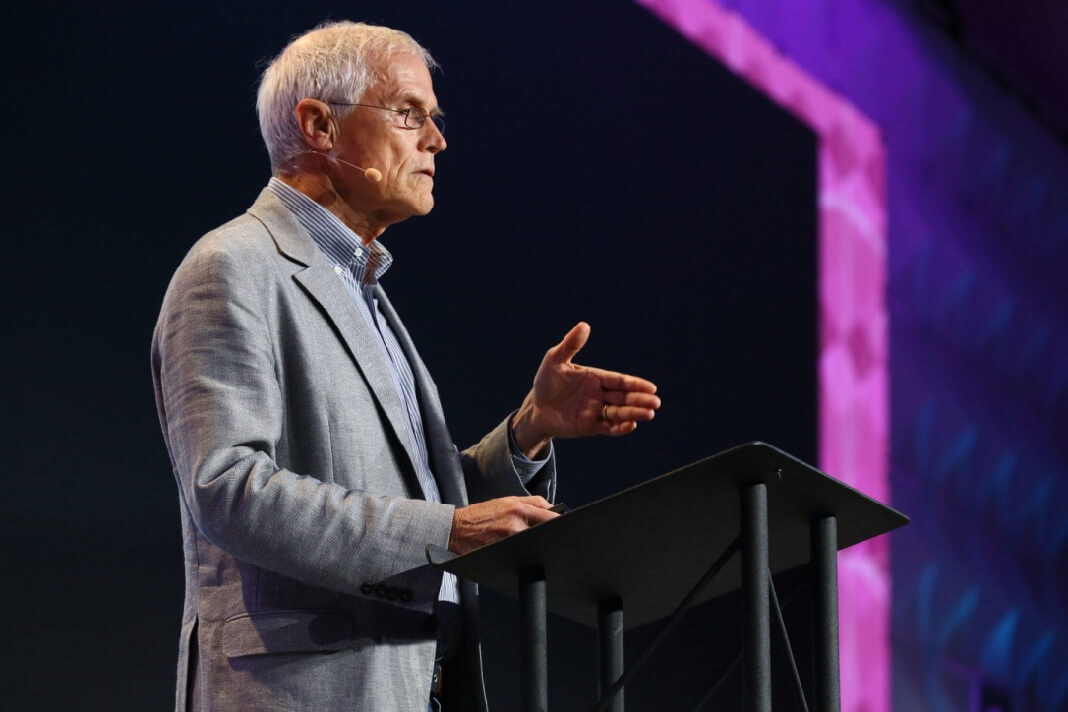 In April of this year, the Mauna Loa Observatory in Hawaii recorded its first-ever carbon dioxide reading over 410 parts per million (ppm). This is a brand-new state of affairs, as humans have never existed on Earth with CO2 levels over 300 ppm. If carbon emissions continue their current trend, our atmosphere could get to a point it hasn’t been at in 50 million years—when temperatures were 18°F (10°C) higher and there was almost no ice on the planet (meaning there was a lot more water and a lot less land).

There’s long been a consensus between multiple countries to try to limit the temperature change from global warming to two degrees Celsius. This is critical for many reasons, not least the effect hotter temperatures will have (and have already had) on food production.

The term “drawdown” refers to the point in time when the concentration of greenhouse gases in the atmosphere begins to decline on a year-to-year basis. To figure out how to reach that point, Project Drawdown brought together researchers in various fields from around the world to identify, measure, and model the 100 most substantive solutions to global warming. The book describes each solution’s history, its carbon impact, its relative cost and savings, the path to adoption, and how it works.

“We found that the mantra for global warming is all about energy, energy, energy,” Hawken said. “Those are critical solutions, don’t get me wrong, but somehow we have this idea that if we get energy right then we get a hall pass to the 22nd century—and nothing could be further from the truth.”

Below are the top solutions from Drawdown’s model. It’s likely at least one will surprise you.

Hydrofluorocarbons (HFCs) largely replaced ozone-damaging chlorofluorocarbons (CFCs) in refrigeration systems after the 1987 Montreal Protocol. While HFCs are better for the ozone, though, they’re a lot worse for the atmosphere, with 1,000 to 9,000 times the capacity to warm the atmosphere than carbon dioxide.

Countries are now aiming to phase out HFCs, too, starting with high-income countries in 2019. Natural refrigerant substitutes like propane and ammonium are already on the market.

Drawdown found that over thirty years, containing 87 percent of refrigerants likely to be released could avoid emissions equal to 89.7 gigatons of CO2—with a projected net price tag of $903 billion by 2050

Wind turbines currently supply around 4 percent of global energy, and could account for up to 30 percent by 2040. In some areas, wind energy is already cheaper than energy from coal, and costs will continue to drop as the technology improves.

Drawdown research found that increasing onshore wind to 21.6 percent of global energy supply by 2050 could reduce emissions by 84.6 gigatons of CO2. The estimated cost is a hefty $1.23 trillion, but it would pay for itself several times over, as wind turbines could produce net savings of $7.4 trillion over three decades of operation.

Since wind’s not always blowing in most parts of the world, growing wind infrastructure needs to be accompanied by investment in storage and transmission infrastructure too.

One third of all the food that’s grown or prepared gets thrown away. In a world where hunger is still a very real problem for millions of people, this is nothing short of absurd. And not only does the food itself get wasted, so do all the components that went into producing it, like water, energy, and human labor. Food production also generates greenhouse gases, and organic trash produces methane. Add up all these components, and food waste accounts for about eight percent of global emissions.

In poorer countries food waste tends to happen earlier in the supply chain, as when produce rots on farms or spoils during storage or distribution. This can be remedied by improving infrastructure for storage, processing, and transportation.

In wealthier nations, retailers and consumers reject food based on cosmetic imperfections, or throw it out when its expiration date passes. National policies against food waste like those enacted in France last year are needed to encourage change, as is a loosening of cosmetic standards for produce by both end consumers and retail chains.

After taking into account the adoption of plant-rich diets, Drawdown found that if 50 percent of food waste is reduced by 2050, avoided emissions could be equal to 26.2 gigatons of CO2. Reducing waste also avoids the deforestation for additional farmland, preventing 44.4 gigatons of additional emissions.

If cattle were their own nation, they would be the world’s third-largest emitter of greenhouse gases. As of 2014, the UN’s Food and Agriculture Organization found that 14.5 percent of all emissions stemming from human activity come from livestock.

That’s just one good reason to eat more plants. A plant-based diet is also healthier and in many cases more affordable than meat (especially if you consider the impact of government subsidies, such as those benefiting the US livestock industry).

Altering our diet is easier said than done, as people’s food choices are highly personal as well as cultural—but making plant-based options widely available and educating populations about plants’ health benefits are a good starting point.

Drawdown found that if 50 percent of the world’s population restricted their diet to a healthy 2,500 calories per day and reduced meat consumption overall, at least 26.7 gigatons of emissions could be avoided, plus another 39.3 gigatons from avoided deforestation from land use change.

Tropical forests once covered 12 percent of the world’s land, but now cover just five percent. Much of the clearing has been to make way for agriculture (either crops or livestock). These forests continue to be cleared in some parts of the world, but in others, they’re being restored.

Forests can be restored by releasing land from non-forest use and letting nature do its thing. People can also cultivate and plant native seedlings and remove invasive species to accelerate the process.

Drawdown’s model assumes restoration could occur on 435 million acres of degraded tropical land. Through natural regrowth, committed land could sequester 1.4 tons of CO2 per acre annually, for a total of 61.2 gigatons of carbon dioxide by 2050.

Women with more education have fewer children, and the children they do have are healthier. Maternal and infant mortality rates are lower for educated women. Girls who stay in school longer are less likely to marry as children or against their will, they have lower rates of HIV/AIDS and malaria, and their agricultural plots are more productive and their families better nourished.

Drawdown found that economic, cultural, and safety-related barriers prevent 62 million girls around the world from realizing their right to education, and lists these strategies as being key to change:

The UN Educational, Scientific, and Cultural Organization estimates universal education in low- and lower-middle-income countries could be achieved by closing an annual financing gap of $39 billion. This could result in an emissions reduction of 59.6 gigatons by 2050.

Drawdown’s family planning page states “225 million women in lower-income countries say they want the ability to choose whether and when to become pregnant but lack the necessary access to contraception. The need persists in some high-income countries as well, including the United States, where 45 percent of pregnancies are unintended.”

The UN’s medium variant global population projection of 9.7 billion people by 2050 assumes a decline in fertility levels in countries where large families are still common. To achieve this figure (as opposed to the high variant), improving women’s access to reproductive health services and family planning is essential, above all in less-developed countries.

Drawdown modeled the impact of family planning based on the difference in how much energy, building space, food, waste, and transportation would be used in a world with little to no investment in family planning compared to one in which the 9.7 billion projection is realized. The resulting emissions reductions could be 119.2 gigatons of CO2. Half this total was allocated to educating girls.
Power to the Girl

Family planning and educating girls are closely linked in that the former is highly affected by the latter—and they’re both key to managing global population growth. Drawdown realized the exact dynamic between these two solutions is impossible to determine, and thus allocated 50 percent of the total potential impact—59.6 gigatons—to each. Their models assume these impacts result from thirteen years of schooling, including primary through secondary education.

The total atmospheric CO2 reduction of 119.2 gigatons that could result from empowering and educating women and girls makes this the number one solution to reversing global warming.

“A girl who is allowed to be in school and come to be a woman on her terms…makes very different reproductive choices,” Hawken said. “And when we modeled this we modeled family planning clinics everywhere. Not just in Africa, but in Arkansas. Women everywhere should be supported in their reproductive health and well-being for their families.”

Hawken concluded his talk with a perspective on climate change I had never heard before, and most of the audience likely hadn’t either.

“Global warming isn’t happening to us. It’s happening for us. It’s a gift. Every system without feedback dies. This is feedback. It’s an offering to re-imagine who we are and what we can create with our minds, our hearts, and our brilliance.”

His presentation received a standing ovation.