His Royal Highness The Prince of Wales and the UK government hosted a conference on Tuesday to call for action at the highest level to end the trade in illegal wildlife – a trade that presents a grave threat not only to the natural world, but also to national and regional security.

Charles told a conference at St James’ Palace in London that action must be taken against the poaching of elephants, rhinos and tigers for their ivory, horns and other parts to avoid the “irreversible tragedy” of their extinction.

The heir to the British throne said wildlife trafficking was “not only decimating critical endangered species, but is also a pervasive instrument in destabilising economic and political security.”

He said local poachers had been replaced by increasingly sophisticated groups who would stop at nothing to win a part of a black market trade worth $10 billion a year.

“They are taking these animals, sometimes in unimaginably high numbers, using the weapons of war – assault rifles, silencers, night vision equipment, and helicopters. As a father and a soon-to-be grandfather, I find it inconceivable that our children and grandchildren could live in a world bereft of these animals.” 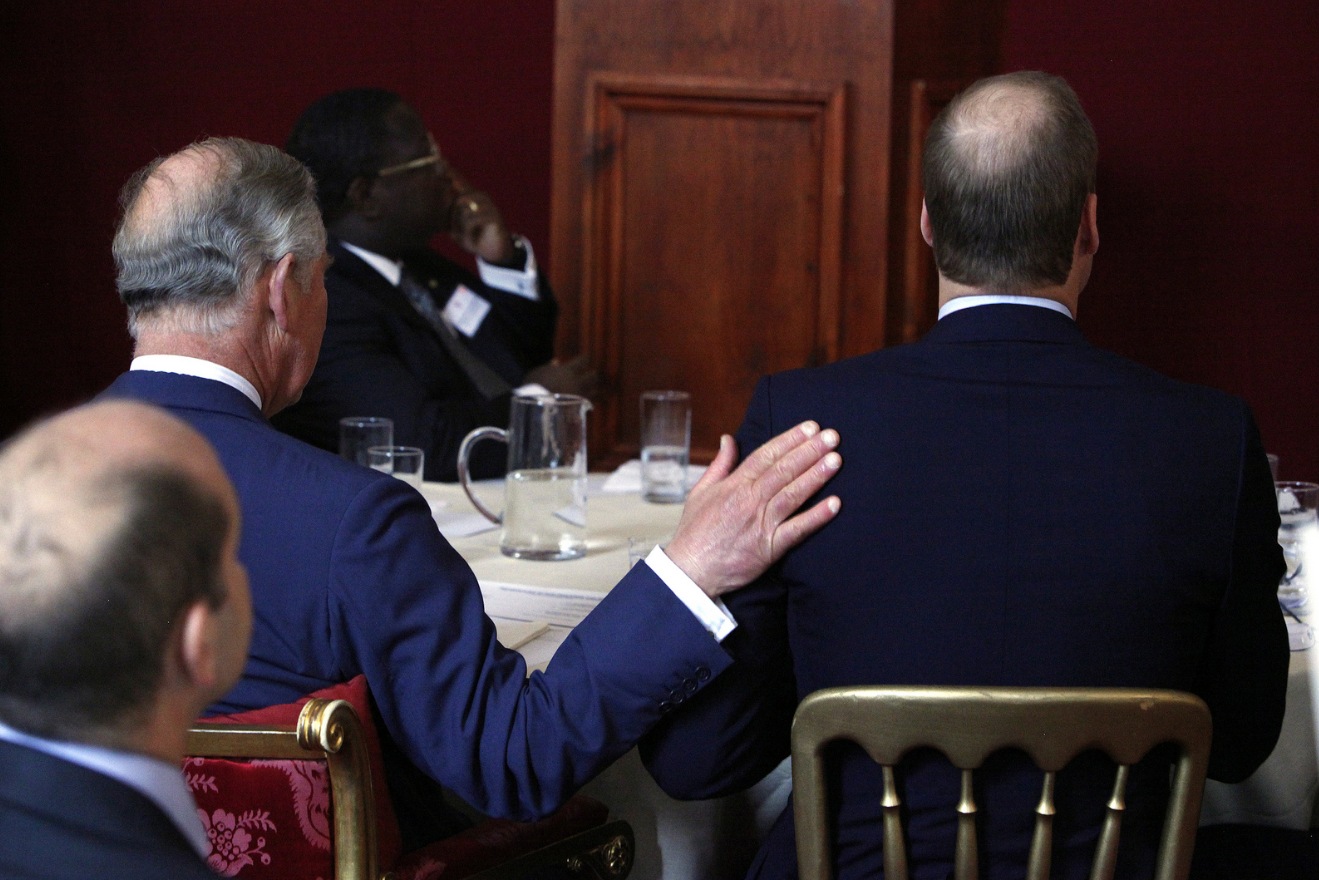 WWF welcomes this initiative, which aims to highlight this issue on the international political agenda. As president of WWF-UK, Prince Charles shares many of the same conservation interests, including the desire to see an end to illegal wildlife trade.

With reference to the event, David Nussbaum, Chief Executive of WWF-UK said:

“The illegal wildlife trade threatens to overturn decades of conservation efforts, putting some iconic and ecologically important species at risk of extinction. This multi-billion pound trade also fuels other types of crime and has a devastating impact on some of the poorest people on the planet. With poaching and wildlife trafficking at record levels, we hope that this meeting will be the start of a ground-breaking initiative in the fight against this deadly and destructive trade.”

A record 668 rhinos in South Africa were killed by poachers last year, and close to 300 have died so far in 2013. Earlier this month, at least 26 elephants were massacred in a World Heritage Site in the Central African Republic, after 17 individuals armed with Kalashnikov rifles entered the unique elephant habitat Dzanga Bai, known locally as the “village of elephants.”

This meeting will lay the groundwork for a heads of state meeting in the autumn, also hosted by the UK government. It is hoped that governments at the autumn meeting will commit to actions that will reduce demand for endangered wildlife and related products in markets around the world; improve global enforcement and criminal justice against the organised syndicates engaged in this activity; and assist rural communities to find long-term, viable alternatives to the trade.

In addition, his son Prince William HRH Duke of Cambridge who was also present said: “We all know how devastating the illegal wildlife trade is on populations of endangered species – we have heard the statistics. My fear is that one of two things will stop the illegal trade: either we take action to stem the trade; or we will run out of the animals. There is no other outcome possible.”

In preparation for this meeting, WWF, along with other partners, have been working with The Prince of Wales’ International Sustainability Unit, and the Department for Environment, Food and Rural Affairs (Defra) to share expertise and knowledge of illicit wildlife trafficking, and potential solutions to the current global wildlife crime crisis.

In summer 2012, WWF and TRAFFIC launched a global Illegal Wildlife Trade campaign to raise the profile of illegal wildlife trade as a serious crime and to spur governments and international institutions to tackle it as such. 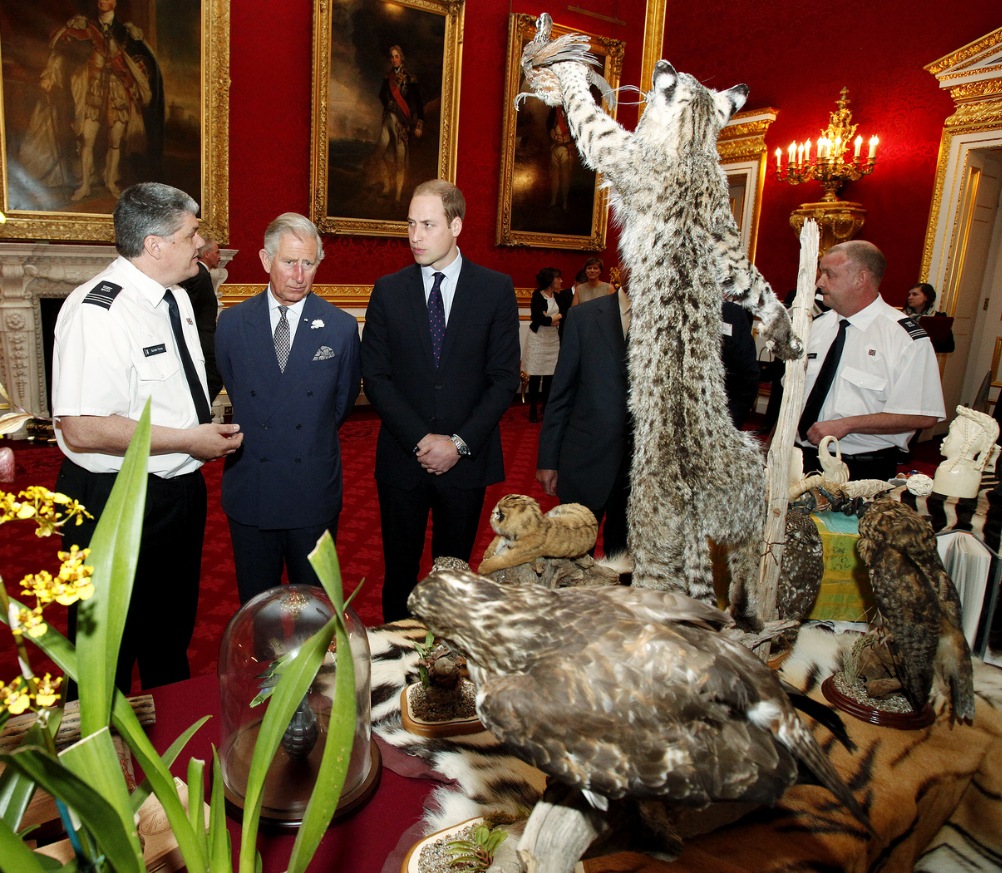 “I think that the consumer deserves to know that the illegal animal parts’ fashionable and luxurious image is at odds with the barbarity of how these animal parts are obtained,” he said.

Elephants have long been hunted for their ivory tusks, while rhino horns are an expensive commodity in Asia, where consumers falsely believe the substance has medicinal properties.

British Environment Secretary Owen Paterson, who co-hosted Tuesday’s conference with the royals, summed up the misguided value put on animal products by saying: “Rhino horn has the same medicinal value as one of my big toe nails.”

Prince Charles (C) and Prince William are shown items made from endangered animals at Clarence House on May 21, 2013 (Pool/AFP, Andrew Winning)