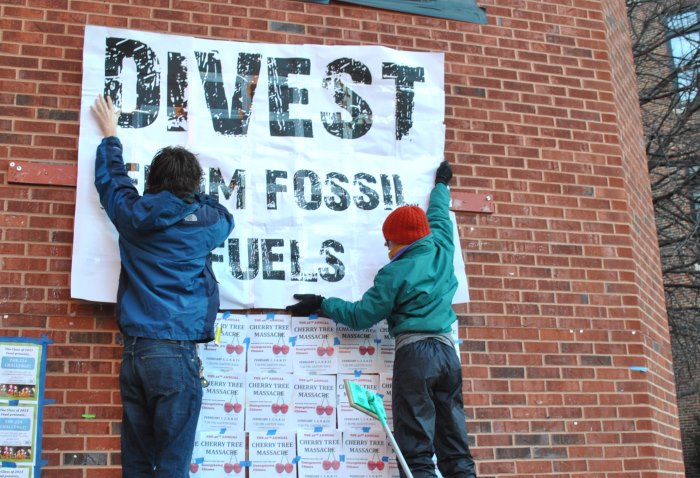 There aren’t many things more powerful in life than witnessing a movement coming together behind a simple idea: it’s up to us to end the age of fossil fuels.

That’s exactly what I saw unfold this weekend as people from every continent on earth rose up to take action for Global Divestment Day — and it was beautiful!

This is a short video but it shows exactly what I mean:

Let’s not be coy. The fossil fuel industry is incredibly powerful — but it’s also on the wrong side of history. Every single act of divestment and every voice raised for renewable alternatives chips away at its social license and the legitimacy of its business plans.

The global Fossil Free campaign, now in over 60 countries, is having exactly the impact that we hoped it would.

By acting together, we’ve ensured that not a week goes by without a university, local government, faith group, medical association or heavyweight institution divesting from those driving the climate crisis. You’ve helped put major fossil fuel corporations on the defensive; even oil giants like Shell have been forced to promise to look at whether or not their business plans are compatible with the global goal of limiting warming to below 2°C (hint: they’re not), and the fossil industry is pushing out clumsy counter PR campaigns by the day.

Consider this: across the world, almost 200 cities, universities and other institutions have committed to divest, moving US$50 billion out of fossil fuels. And just as Global Divestment Day was kicking off worldwide, all major political parties in the UK — the birthplace of the coal-powered industrial revolution — signed an historic pledge to totally phase out unabated coal.

The divestment campaign that started as recently as 2012 on a handful of US campuses went truly global this weekend. Our movement has hit its stride.

Thank you and welcome to every new person who joined us this weekend.  Now it’s up to us to ensure we keep pushing and make fossil fuels history.