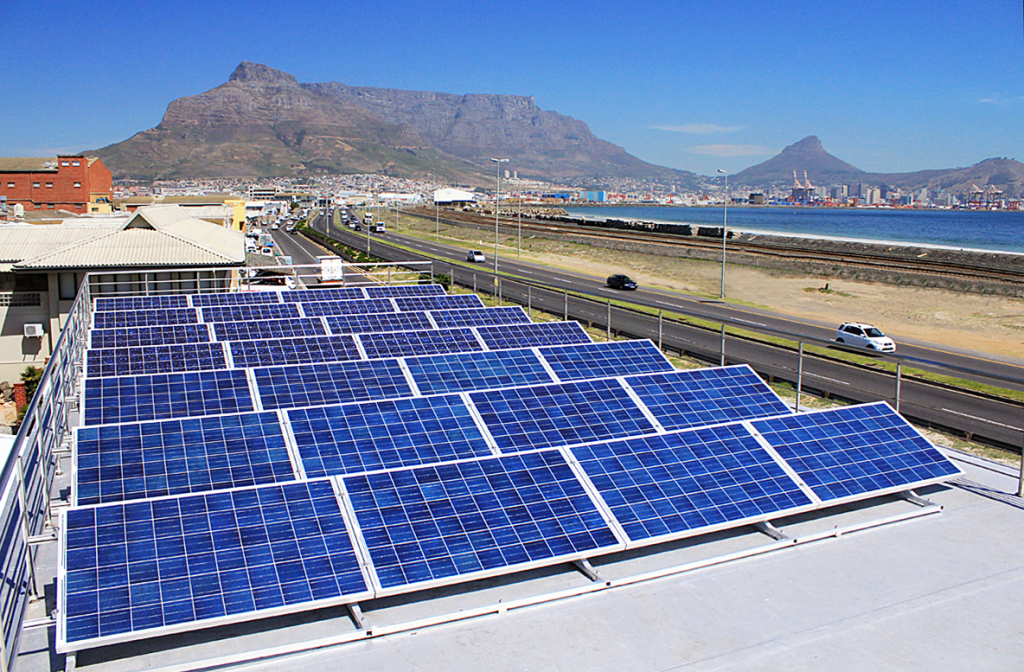 Solar PV is overwhelmingly seen as the most promising generation source for Africa while corruption, skills gaps and access to finance are some of the biggest challenges that power and water professionals face in their industries. This is according to a survey by the organisers of African Utility Week amongst attendees of the annual event in Cape Town last year.

Other questions in the survey included what respondents think will have the biggest impact on the energy and water sectors, what future technology excites them and what the biggest challenges are that they face in their industry.

Asked what the most promising source of generation is for Africa, Solar PV scored more than 54% amongst the respondents while nuclear was second with 11%.

“The reason could be that rooftop PV, when measured against the other technologies, is easy to execute as a project and photovoltaic modules are becoming very affordable,” says Nicolette Pombo-van Zyl, editor of the energy trade journal, ESI Africa.

She adds: “it is also the most obvious technology to use in mini- and off-grid projects as well as for use in hybrid models. However, what is interesting but not surprising is that 11% of respondents feel that nuclear energy is the most promising generation source. Nuclear has its merits. What is disappointing is how few are in favour of biomass as a promising source of generation capacity, considering that this technology offers a distributed model and a measure of reducing the mounds of waste that Africa’s cities are confronted with. Another concern is the lack of interest in wind energy – only 8% of respondents felt this technology a worthy source; however, it does rank slightly higher than hydro where the continent’s impressive potential capacity is recorded. Wind energy is likely to make tentative steps towards market growth now that South African, Kenyan and Moroccan wind farms are making good headwinds.”

Nuclear scored the lowest amongst power and water professionals when asked what they think will have the biggest positive impact on the energy and water sectors in Africa within the next 5-10 years: (Respondents were allowed to select more than one of the 12 options provided.)

“Even though nuclear made a spectacular appearance in the previous question, here it ranks lowest, with technology innovation taking the prime spot” says ESI Africa’s editor, adding that “Tech R&D in all spheres of energy, power and water are already advancing with enthusiasm. And sometimes the simplest of solutions can be developed for the specific needs of a local community making the most impact. This is made possible by various organisations that are investing in entrepreneurship programmes and providing support to local innovators.”

She continues: “the other key area that respondents are hopeful will make a positive impact is around government’s commitment and transparency. Now that there has been an increase in public and industry association monitoring groups, such as OUTA and SAWEA, along with the ongoing Eskom Inquiry and South Africa’s leadership changes – this area is set on the right path to make a noteworthy impact.”

Asked which future technologies most excite the respondents, the results were as follows:

“These results show an interesting grouping around smart grids, energy storage and energy efficiency, which are intrinsically connected,” says Nicolette Pombo-van Zyl. “It’s disappointing that energy trading and blockchain are perceived as too futuristic to be the technology that respondents are most excited about. The African continent was able to leapfrog landline telephony straight to mobile; countries can do this again by becoming the leaders in energy trading and the use of crypto currency to fund projects and transact in the utility, energy and water space.”

That the market has a healthy appetite for the futuristic technology was confirmed in a separate question whether the market is ready for the digital utility with a focus on smart meters, grids, Internet of Things and ICT – the overwhelming reply was a yes from 84% of the respondents.

At 49%, corruption was indicated as the biggest challenge that power and water professionals face in their industries but issues such as skills gap, access to finance, regulation and policy clarity, red tape and economic slowdown were also perceived as important hindrances, scoring from 36% to 28%.

Says the ESI Africa editor: “corruption is still perceived as a major obstacle and this goes along with respondents’ strong call for government commitment and transparency. It will take concerted leadership from all levels of government to rid the continent of this deeply entrenched challenge. The skills gap is also pinned as a high concern, putting development at risk – the loss of engineers, technicians and managers who are now retired or close to retirement age is a real factor; perhaps reviving apprenticeships along with attractive offers would make inroads to solving this risk.”

According to Pombo-van Zyl, distributed energy resources (DER) are top of mind as an imminent risk to the traditional utility and municipality business model – and not just in Africa. She explains: “it is being discussed at all levels of the utility business from its executive boards to internal auditors as it poses a threat to traditional revenue streams. However, the good news is that utilities have acknowledged a future that includes distributed generation – the challenge is in how to manage the technicalities around accommodating this on the national grid and its impact on revenue.”

She adds: “it must have been a tough choice for survey respondents to choose between distributed energy, mini grids, utility-scale grids and storage. This is evident in the close percentages, with the obvious outlier being utility-scale grids; probably due to grid connected generation having made little inroads on increasing electrification rates across the continent.”

Skills in finance, engineering/technical, people management and leadership all scored high (29%-33%) in a question on what power and water professionals perceived to present the biggest skills deficit in their companies.

The ESI Africa editor’s take on these results: “it is a concern that there is a joint winner from this question: finance and engineering/technical skills. Without these two significantly important skills being resident within the utility market it is no wonder that companies’ cash flow is untenable and technical losses along the value chain are present due to maintenance challenges. A potential solution lies in leadership and people management, which also scored very high in this question.”

The 18th annual, multi-award winning African Utility Week will gather over 7000 decision makers from more than 80 countries to discuss the challenges, solutions and successes in the power, energy and water sectors on the continent. Along with multiple side events and numerous networking functions the event also boasts a seven track conference with over 300 expert speakers.

The African Utility Week expo offers an extensive technical workshop programme that is CPD accredited, free to attend, and offers hands-on presentations that take place in defined spaces on the exhibition floor. They discuss practical, day-to-day technical topics, best practices and product solutions that businesses, large power users and utilities can implement in their daily operations.