Good news! it is possible for you, the consumer, to offset the 25% average increase in electricity tariffs. all you need to do is to reduce your energy consumption by 20% in 2010. However, you must know and understand your energy status; your current baseline as well as which improvements would be most significant.

From 1 April 2010, direct Eskom customers will pay 24.8% more for their power, while Eskom rates to municipalities will increase by 28.9%. Last week, the City of Cape Town presented their proposed average increase of 24.6% to the council.

If approved, Capetonians will pay from 1 July 2010 as follows:

Consumers (commercial and residential) who fail to improve their energy efficiency drastically will face a substantial increase in electricity cost. Over the next 24 months consumers will have to halve their consumption to neutralise the doubling in tariffs.

The City of Cape Town is selling the electricity purchased from Darling Wind Farm at a premium of 25c/kWh. Although clients will still receive electricity from the Eskom grid, those who are willing to pay this premium will receive a Green Energy Certificate for the number of units purchased over time.

Every night the message, ‘Know your Status’ is repeatedly highlighted on TV. Being Energy Smart is not much different from the AIDS campaign plea; you need to know your Energy related Carbon Status.

It all starts with you knowing what your current consumption of energy is. When a baseline study is done, the level of energy consumption, sources of energy, areas and nature of energy use are determined.

The source of energy is important as it helps to determine your Carbon Footprint. The use of a diesel generator will, for instance, not only be much more costly at R2.80 per kWh, but also generate much higher carbon emissions compared to using Eskom electricity. It is furthermore very important to know the amount of energy used by the various processes in your household or business. The consumption of energy is determined by the amount of energy (kW) used when in operation multiplied by the hours in operation. In an average household, the biggest consumers are geysers, ovens and tumble dryers. Naturally, the biggest, quickest saving will occur by reducing the usage of these appliances. Below is a typical example of an energy consumption analysis in a cold storage environment. 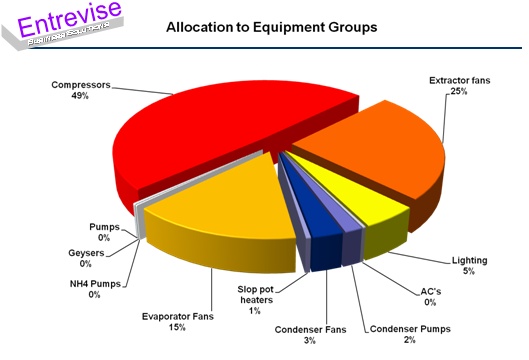 Seasonal or cyclical use patterns could also prove important. In winter, residential consumption will increase drastically with the use of heaters but fortunately, even this cost could be greatly reduced by the once-off investment in more effective insulation.

When your baseline consumption is known, it becomes much easier to determine your carbon footprint and identify possible areas and strategies to reduce electricity cost.

If you are serious about becoming energy efficient, you can take it a step further by comparing your consumption to those of other consumers with similar profiles. This is called benchmarking. The process is similar to comparing the fuel efficiency of different cars you are considering to purchase. The energy intensity (kWh per volume output) could be used to compare your operation with someone else’s. This will provide a good indication of where you are in terms of efficiency and how much you can still improve.

Below is a graph of various cold storage facilities measured against the same unit standard. From this comparison, it is clear that different plants used between 6 kWh and 14 kWh per Cold Unit. If 6 kWh per Cold Unit is possible, anybody using more than that immediately need to ask what should be done differently to improve their efficiency. 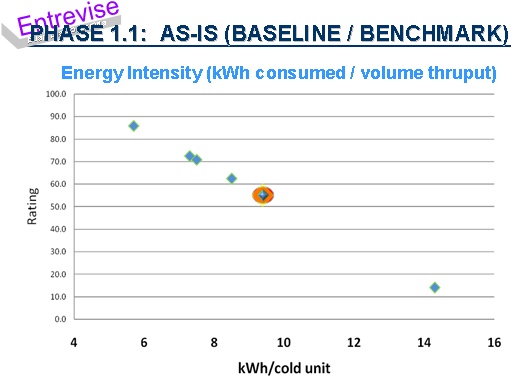 Woolworths is a good example of a company who empowered themselves through knowing their status. They set a Carbon Reduction target of 30% by 2012 and are well on their way towards achieving it. This was not done by mere wishful thinking. They knew their status (273,000 tonne CO2 in 2007) as well as which activities were the biggest contributors to their carbon footprint. This enabled them to formulate a strategy to reduce the contributions of electricity consumption by 30% and that of transport by 20%. Strategies implemented to reduce electricity consumption at shops were automated lighting, daylight sensors, utilising natural ventilation, solar water heating and new cooling technologies. Part of the strategy to reduce the transport carbon footprint is to source suppliers of food products closer to their stores.

Being Energy Smart is thus not much different from the AIDS campaign plea; to be able to improve your situation you need to know your Energy related Carbon Status. 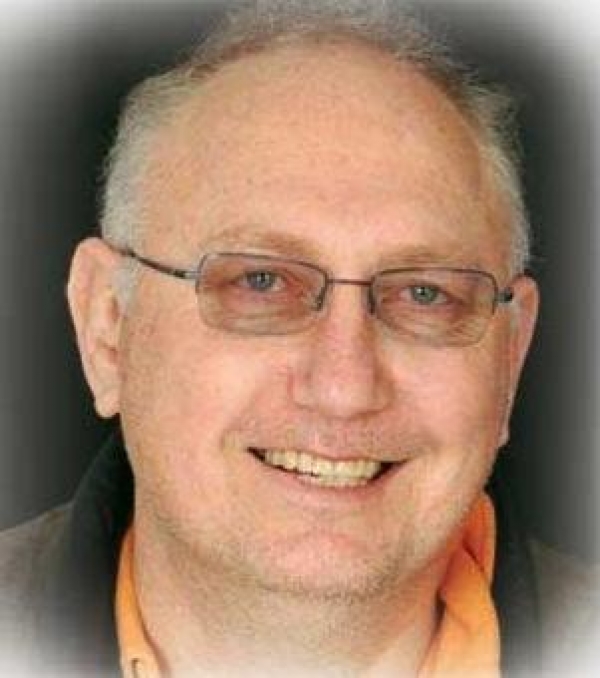