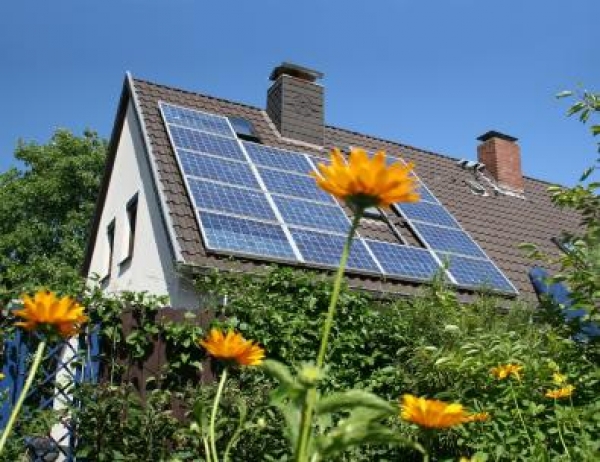 Solar panels and other forms of small-scale energy generation may be eligible for a government-backed loan scheme to householders, according to the UK’s minister of state for climate change. The potential inclusion of renewable energy in the coalition’s flagship ‘green deal’ comes as a surprise, as the development of the scheme has so far focused on energy efficiency measures such as lagging lofts.

Papers published by the Department of Energy and Climate Change (Decc) on Thursday show that the 14 million householders expected to qualify for a complete energy-saving overhaul in the next 10 years may be able to choose from 23 different technologies, including cavity wall insulation and draught proofing but also covering solar water heating, wood burning stoves and biomass boilers.

‘We are leaving the window open for micro generation technologies. It could happen in the future,’ said Greg Barker.

Under the scheme, which it is hoped will be rolled out from next year, all 25m homes in Britain will ultimately be assessed and owners will be offered loans by high street companies for energy-saving measures. Repayments will theoretically be offset for consumers by savings on energy bills, and the debts will be attached to properties rather than individuals.

But Barker said it would not be like a conventional bank loan.

‘It will not be a loan. It will not count against people’s credit rating. This is a revolution that will ricochet around the world. This is the most ambitious energy-saving programme anywhere since the second world war. It will do for environmental efficiency what privatisation did for industrial efficiency.

The fact is you should be better off from day one. You will have a better property that is easier to heat. Your fuel bill should be less. This is about unleashing new technologies. We have got to do 14m homes by the early 2020s and 25m by 2030.’

Barker said that companies including John Lewis, B&Q, Marks & Spencer, Asda, Tesco and Sainsbury’s are now set to offer the packages to consumers, with installation work to be done by certified assessors and contractors bound by law to work to meet agreed standards.

Critics of the scheme have said that few people will be attracted because the money borrowed is expected to be at expensive commercial rates of interest. But Barker hinted that more incentives would be offered. ‘I am sure I am sure there will be more incentives to come. We are in discussions with the Treasury,’ he said.

According to the papers published today there will be different options for householders on the length of repayments, defined standards of service for assessors and installers will need to be members of a green deal accredited certification body. Providers will need to hold a consumer credit licence to provide consumers protection against mis-selling.