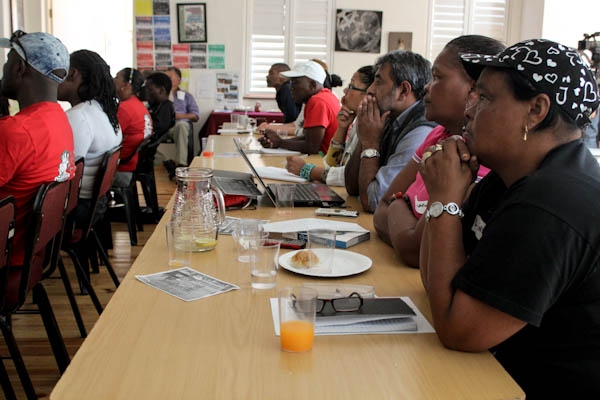 Eskom’s planned electricity tariff hikes of 16% each year for the next five years has not been received well. At the meetings held around the country with the National Electricity Regulator of South Africa (NERSA) to make a final decision about the tariff increases, NUMSA and other smaller organisations held demonstrations to show their disapproval with the proposed changes. Final decisions will only be made in a few weeks’ time, but unfortunately it looks rather dire for the average household’s electricity bill.

Near the end of last year, Eskom released a document stipulating the planned electricity tariff hikes for the next five years. The public and independent organisations were then given a month to comment. However, this document was so dense, technical and difficult to comprehend that many people failed to make the deadline for comments.

Before the NERSA and Eskom hearings, Adel Groenewald from Green Times attended workshops held in Cape Town by the Green Connection and EIG-SA (Electricity Governance Initiative) to inform local civil societies about these increases. This is the information shared at this workshop. 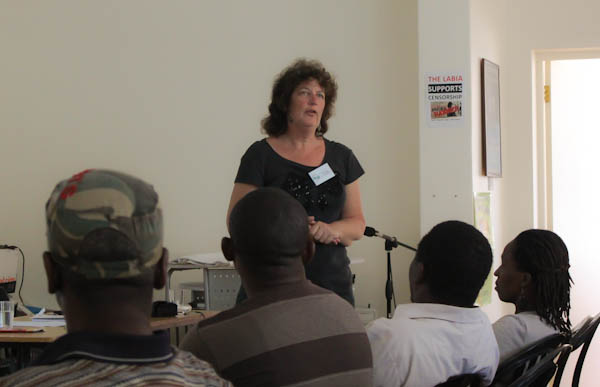 Liz McDaid of The Green Connection.

540% tariff increase in less than a decade

After the time of severe load shedding and blackouts during 2006/07, electricity prices were bound to increase in order for supply problems to be resolved by Eskom. A summit pertaining to their application for price increases was held to set up guidelines for tariff increases from 2008 onwards. It’s very important to note that at this summit a promise was made not to introduce excessive increases during any specific year.

In spite of this promise there was a total increase of 205% in electricity rates between 2008 and 2012. Now they are proposing another 16% per year for the next five years. This will lead to another 110% increase between 2013 and 2017. All in all, South Africa’s electricity prices would have increased by an unbelievable 540% in less than a decade. Since the electricity emergency, we were promised no sudden increases, but looking at the numbers, it’s safe to say that this promise wasn’t kept.

Another major change that Eskom is incorporating is the notion of fixed costs. This is a daily amount paid to Eskom regardless of whether you use any electricity during the day or not. This will discourage people from installing renewable energy generators or using electricity more efficiently. According to the document released by Eskom: ‘A reduction of energy usage due to energy efficiency or own generation such as small-scale renewables does not result in a commensurate reduction on network or fixed costs in the short-run.’ 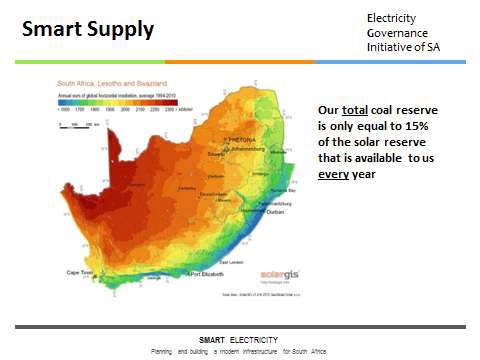 Why is Eskom shying away from renewables?

Even though it’s five times more expensive to generate new electricity than it is to save electricity, Eskom is still going ahead with the ‘big build’ of Medupi and Kusile power stations. And even though we live in a country where the coal reserve is only equal to 15% of the available solar reserve available to us every year, the major focus of energy generation is still on coal.

The government is granting subsidies to electrify lower income households around the country. The average amount budgeted for each household is around R11 000. Rather than using this money to install solar water heaters, solar electricity or gas for cooking, these houses receive electric geysers,  stoves and heating. It is becoming more apparent that Eskom would rather force people to buy electricity from them to feed into their profits, rather than install the most sustainable electricity options.

It’s a well-known fact that Eskom is heavily indebted to the World Bank. Some experts feel that they want to make as much money as possible from South Africans to pay their debt off as soon as possible and then generate a profit rather than supply the best possible service to the country. In many lower income areas, prepaid electricity meters have been installed in order to make electricity more accessible. But the problem with the distribution is that in many cases, four, five or more households share the same meter. With the proposed fixed tariffs, one of these meters will use such a high amount of electricity units, that the fixed cost will be much higher per person than it would have been had each household received their own, individual meter.

Although Eskom is adamant that they are considering the needs of the poor and doing their best not to make their electricity ridiculously expensive, it looks as if the country’s poorer people will suffer the most from the new electricity tariff hikes.

NERSA’s final decision on whether the proposed tariff hikes will be implemented will be announced in the coming weeks. Many sustainable energy organisations feel that a campaign against Eskom’s plans and ignorance of renewable energy implementation should be launched and sustained during the next five years. There is no need to lose hope, as being informed about these things is the first step to starting a change. 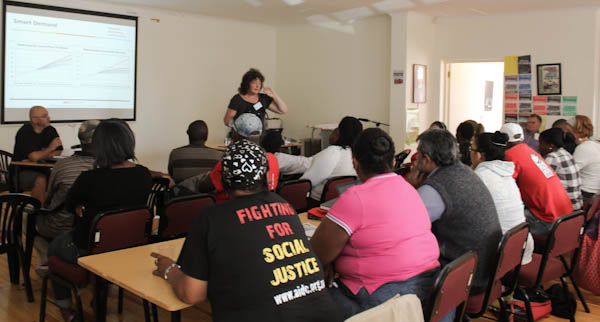