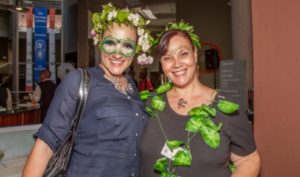 The Eco-Logic Awards, hosted by The Enviropaedia (in association with SABC3), have announced that entries are now open for individuals and organisations to submit their products, services, innovations and achievements.

In their third year, the Awards are regarded as one of South Africa’s most inspirational and influential acknowledgements and support of individuals and organisations that are making a real and measurable difference in creating a more sustainable world to live in.

“The Eco-Logic Awards are based on a set of values and thinking patterns that go beyond a traditional ‘green’ conservation mentality, inviting us to step up into a more evolved level of ‘eco-logical’ consciousness and thinking that is represented by the colour blue and is put into practice through the art and science of Biomimicry and the principles of a Blue Economy,” says The Enviropaedia Editor, David Parry-Davies.

Awarded to an organisation for a successful biodiversity protection, rehabilitation, or damage mitigation programme

For a new product or service that is financially viable and sustainable, that serves the needs of humans whilst being equally beneficial to the Earth and its ecosystems.

For a policy, programme or project that has demonstrably contributed to a greater public understanding and participation in waste reduction, reuse and recycling.

For innovations, adaptations, products or services that improve the environmental sustainability and/or resilience of a (new or existing) building.

For a product or service that results in water saving.

For a business organisation that provides a product, service or programme that supports the growth of the Green Economy in South Africa.

Awarded to a municipality that has developed solutions using its risk assessment and management expertise, forming strategic partnerships to improve sustainability, as well as service delivery in municipal functions.

For a community that has acted collectively to protect, preserve, or restore the Earths life forms, eco-systems, or natural resources.

For an individual of 26 years or under who can show that their actions have protected, preserved or improved the Earth’s eco-systems and natural resources.

For an individual, whose actions have conserved, nurtured or restored the Earth’s life forms, eco-systems, or natural resources.

For an individual, whose actions have defended, protected or prevented damage to the Earth’s life forms, eco-systems, or natural resources.

Following a decade of success as one of South Africa’s very first ‘green’ publications and directories, The Enviropaedia introduced the Eco-Logic Awards three years ago, to extend its reach even further by recognising individuals and organisations that are making a real and measurable contribution towards creating a more sustainable world to live in.

One of the key objectives of Enviropaedia and the Eco-Logic Awards is to empower consumers to live and work in a more sustainable manner and to become ‘ethical consumers’ by buying and supporting products and services from organisations that care about the environment and climate change.

The Award entries close on the 30 June and the event is celebrated in Maropeng (Cradle of Humankind South Africa) World Heritage site, Gauteng on the 26 September 2013, with an Eco-VIP networking function taking place before the awards.