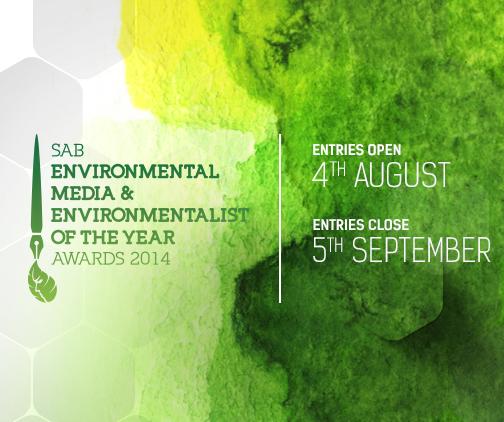 This approach to evolving the competition continued this year with a call to revisit the awards categories, based primarily on the increase of the digital media space.

After consulting with thought leaders, influencers, our judges and other members of the media, we have decided to review and revise these categories.

For this year the categories will be divided into:

Entrants for the SAB Environmental Media Awards and Environmentalist of the Year 2013 should submit work produced between 1st September 2013 and 31st August 2014.

Winners will be announced at an awards luncheon on Wednesday, 22nd October at the Country Club of Johannesburg.