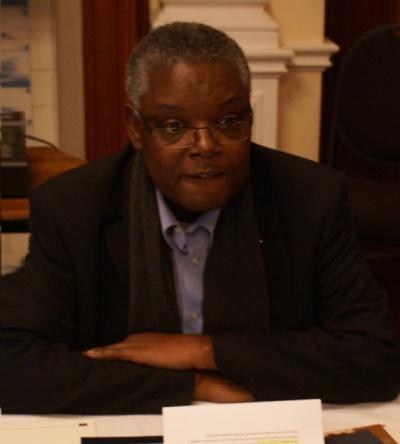 If South Africa wants to adapt to climate change, it needs to move away from an immoral economic agenda towards value-based development. Otherwise it will be too late to find a solution to environmental degradation.

‘We need to replace the values of consumerism, profit and advantage, which are the current drivers of our economy, with justice, balance and reciprocity, the values of ubuntu,’ suggested Warren Nyamugasira, managing director of African Monitor, a pan-African non-profit organisation whose main objective it is to monitor aid flow.

‘Our current values create an unsustainable society because, at some point, resources will be depleted. We need to challenge capitalism,â€ he added. Nyamugasira was addressing participants of a Development Dialogue session titled ‘Equity, Development and Climate Change Mitigation: Incongruous Pursuits?’ organised by research organisation Isandla Institute and the Open Society Foundation for South Africa, which took place in Cape Town.

Nyamugasira criticised the lack of strong political leadership and concerted action to put environmental justice on top of the economic development agenda.

South Africa is still in the early stages of developing a climate change mitigation policy, with only policy intentions and directions existing at this stage. This means that the country’s energy policy is weak in regulation, targets and implementation, and as a result, progress on managing greenhouse gas (GHG) emissions in the energy sector has been slow.

Moreover, the stringent separation of the national Departments of Minerals and Energy and Environmental Affairs and their often opposing policies have not helped to achieve the goal of creating environmental justice.

Instead of working in separate silos, the South African government’s approach should use the economic development capacity of the country to fight climate change, Harald Winkler, associate professor of the Energy Research Centre at the University of Cape Town suggested.

Energy experts believe that policy implementation has also been delayed because of fear that the pursuit of environmental sustainability will take much needed financial resources away from addressing systemic poverty and unemployment, which are key goals in developing nations, such as South Africa.

‘But it’s not an either-or choice between environmental and social justice,’ stressed Winkler. He pointed out that, contrary to common belief, fighting for environmental protection doesn’t mean neglecting economic development: ‘Development is important because we need human, institutional and financial capacity to mitigate climate change.’

Eventually this would mean, however, that South Africa will have to move away from minerals-based energy production to a low carbon-based economy and become a society that uses resources – such as energy, food and water – with constraint. 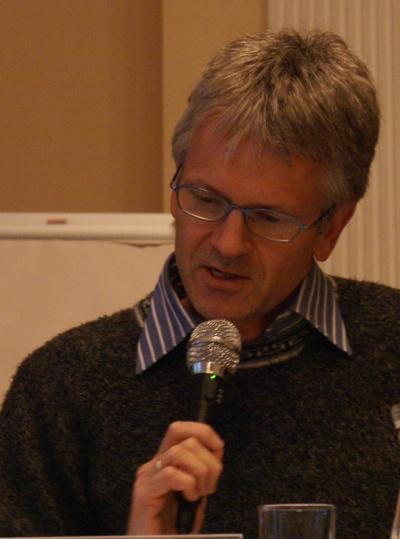 ‘Meeting environmental goals cost effectively will be one of the key economic development questions. We certainly need something else than business as usual. Otherwise greenhouse gases will continuously increase and emissions are projected to quadruple by the end of this century,’ he warned.

The South African government has repeatedly called attention to the fact that the country needs global reductions in GHG emissions to ensure that the impacts of climate change do not undermine the country’s development. Most recently, a few days before the start of the United Nations Climate Change Summit in Copenhagen in December 2009, President Jacob Zuma admitted that South Africa needs to increase adaptation measures to reduce vulnerability and build resilience. He also announced that South Africa plans to systematically decline GHG emissions from 2030-35 onwards.

This will be no small feat, because at 7.27 tonnes of CO2 emission per person per year, South Africa, unlike other developing countries, is almost on par with a number of European nations in terms of pollution, such as Spain with 7.68 tonnes or Austria with 8.38 tonnes. Other African countries, in contrast, have much lower GHG emissions, such as Botswana with 2.53 tonnes or Mozambique with 0.09 tonnes.

Economists, like Nyamugasira, point out that the promises Zuma and other political leaders have made in international fora will be worthless unless they translate into national policy and implementation – something that has yet to happen. ‘Our leaders are not consistent. They are not accountable and don’t live up to their commitments,’ he lamented.

But it is not only the role of political and economic decision makers to take the initiative to fight climate change. Both Winkler and Nyamugasira highlighted the fact that each and every citizen needs to take environmental responsibility on a personal and local level.

Said Nyamugasira: ‘It’s about acting upon the facts we have about what causes climate change. We need role models rooted in our communities who can mobilise people to collective action.’