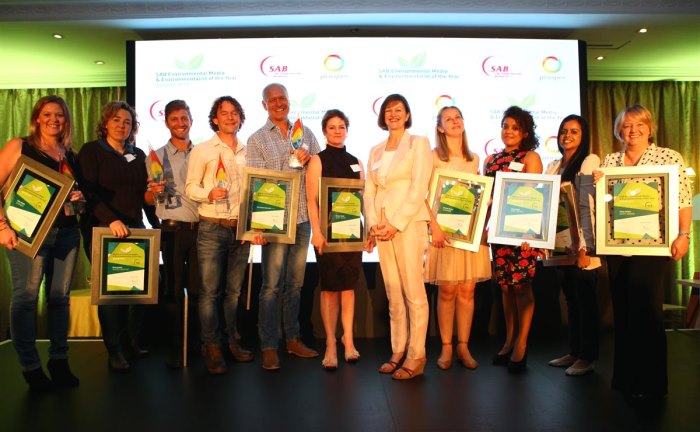 The Awards, in their 27th year, recognise the excellence of South African journalists who are reporting on and creating awareness of environmental issues.

The South African Breweries (SAB), together with a panel of judges from within the media industry, has announced the winners.

“The annual Awards have grown over the years and we are especially pleased with the caliber of entries we received this time round,” says Robyn Chalmers, head of corporate communications at SAB.

The winners for the 2015 SAB Environmental Media and Media Environmentalist of the Year, under the below categories, are:

Nick Steele Memorial Award for the Enviromentalist of the Year

“We at SAB would like to congratulate all the entrants who submitted work that grabbed the attention of their readers and our panel of judges. We also wish our winners congratulations on their amazing achievement,” says Chalmers.

All Main category winners will receive a cash prize of R25,000 while merit winners each receive R3,000. The winner of the Magqubu Ntombela and Ian Player Cub Award will receive R15,000 prize money. The Nick Steele Memorial Award winner does not receive a monetary prize.