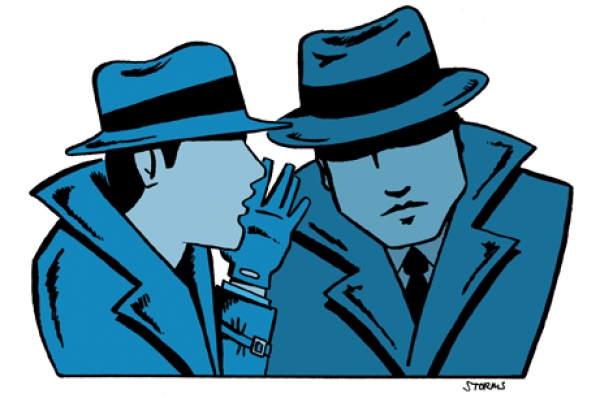 Eskom has apologised for using a private security company to spy on environmental bodies at the Medupi power station in Limpopo.

After that, thousands of supporters wrote to Eskom, telling them that spying had no place in our open society, asking them to take responsibility for their actions.

Yesterday, they finally did take responsibility.

“The use of private companies to gather intelligence from stakeholders is unacceptable and not how Eskom does business,’’ Eskom CE Brian Dames said in a joint statement put out with the NGOs. “To the extent that this may have happened as a consequence, even if unintended, is regrettable and Eskom apologises for this.’’

According to groundWork, Earthlife Africa and Greenpeace Africa, Eskom has made full disclosure on this matter to them.

“We believe that our key demands which were for a full internal investigation and a public apology have been met. We therefore think it is in order to return to the NGO forum where we will continue to engage and where necessary, challenge Eskom on its energy choices,” said groundWork, Earthlife Africa and Greenpeace’s respective representatives Bobby Peek, Tristen Taylor and Michael O’Brien Onyeka.

Eskom disclosed the extent, process and outcome of the investigation into their now-terminated contract with intelligence support services company Swartberg at the Medupi power station project.

Medupi security management had entered into the contract with Swartberg to ensure protection of the site and to better anticipate threats to personnel and property following civil unrest at Medupi in May 2011, said Eskom.

After terminating the contract with Swartberg, Eskom commissioned independent legal firm Bowman Gilfillan to investigate the matter and to make recommendations.

The investigation found that while gathering intelligence to prevent security threats to personnel and property is within the norms of ordinary business practice, there was concern about the way in which the contract was managed and the risks for Eskom in contracting such services, Eskom said.

Eskom has since taken steps to strengthen internal controls and prevent a recurrence including:

Eskom will also implement the recommendations made including:

groundWork, Earthlife Africa Jhb and Greenpeace Africa recognised that Eskom has taken steps to ensure that the unethical spying on citizens of this country will not happen again.

Since their demands were met, groundWork, Earthlife Africa and Greenpeace Africa are looking ahead to continue working toward increased access to clean energy at prices that South African citizens can afford, and to work with Eskom to promote better transparency, accountability and sharing of information by Eskom.