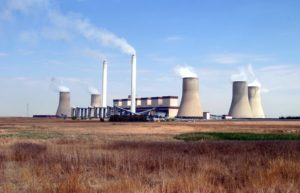 Greenpeace Africa has submitted comments to Naledzi Environmental Consultants opposing Eskom’s application for postponements and suspensions from complying with South Africa’s Minimum Emission Standards (MES). The MES, which are relatively weak, are designed to improve air quality in the country, but this has been significantly compromised by Eskom’s almost complete reliance on coal for electricity production and repeated requests for postponements from complying.

“Greenpeace Africa is vehemently opposed to Eskom’s application for further postponements and/or suspensions from air quality legislation. In the interests of realising our constitutional right to a healthy environment, absolutely no further postponements should be given to Eskom (or, indeed, any other entity).

“Eskom should either comply with the MES or its coal-fired power stations must be retired (at an accelerated pace) because thousands of people’s lives are on the line,” said Melita Steele, Senior Climate and Energy Campaign Manager for Greenpeace Africa.

Eskom was granted a five-year postponement from compliance in 2015, and the embattled utility is now applying for yet another set of postponements and, in some cases, complete suspensions from complying. 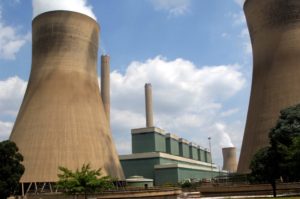 Air pollution, with its devastating impacts on human health and well-being, remains a critical problem in South Africa. This is particularly worrying in areas such as the Highveld, where air quality remains poor or has further deteriorated from “potentially poor” to “poor” and is out of compliance with air quality legislation. Mpumalanga province in South Africa is the largest NO2 air pollution hotspot in the World, as new satellite data assessed by Greenpeace showed for the period of 1 June to 31 August 2018. 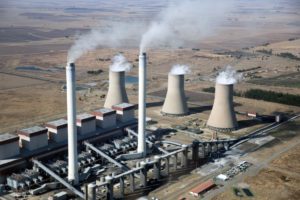 To date, Eskom’s levels of compliance have been abysmal. Between April 2016 and December 2017, Eskom’s seventeen coal-fired power stations reported nearly 3,200 exceedances of their daily Atmospheric Emissions Licenses limits for particulate matter, sulphur dioxide, and oxides of nitrogen. Eskom’s ‘Emission Reduction Plan’ would allow the company to operate its entire existing fleet without even rudimentary controls for two of the most dangerous pollutants emitted from coal-fired power plants, sulphur dioxide and mercury.

“As far as Greenpeace Africa is concerned, no further postponements or suspensions can legally be granted to the utility by the National Air Quality Officer and Eskom’s application should be dismissed. We take this position given the air pollution crisis in Mpumalanga, the length of time that Eskom has had available in which to prepare to comply, the flawed application, and the thousands of premature deaths that will be caused if Eskom does not comply.

“Eskom has presented no evidence in this application or otherwise that indicates its commitment to decommissioning, which makes suspensions from complying an impossible choice. We call on Eskom to abandon its renewed attempt to avoid complying with air quality legislation that has been put in place to protect people’s health,” ended Steele.