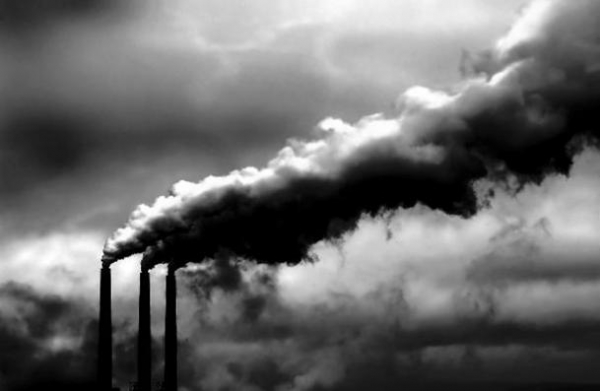 Nearly a million South African households still have no access to the minimum 25 litres of water per day. Eskom’s water-hungry coal expansion is a major threat to the country’s already stressed water resources, and further compromises water access for the poor, according to a report released by Greenpeace today. The report clearly outlines how the coal mining and electricity industry obtain priority access to water, and yet contribute substantially to water pollution and scarcity.

According to Melita Steele, climate and energy campaigner for Greenpeace Africa: “Eskom uses just over a staggering 10 000 litres of water a second, the same amount a single person would use within one year. The utility’s reckless investment in new coal-fired power stations clearly puts South Africa’s scarce water supplies at risk.”

The report entitled: ‘Water hungry coal: Burning South Africa’s water to produce electricity’ makes clear connections between coal and water scarcity, and outlines how the South African government and Eskom are making a clear energy choice at the moment: in favour of coal expansion, at the expense of scarce water resources, people’s heath and affordable electricity.

“Due to growing water shortages, competition for water is only likely to increase between the agricultural, electricity and residential sectors. This could lead to conflicts over water. According to research conducted by the Water Research Commission, water scarcity is already leading to service delivery protests in the country. With as much as 98% of South Africa’s water already allocated, the question is: where will the water for the new coal-fired power stations (Medupi and Kusile) come from?” continued Steele.

Of the 22 mines that supply Eskom with coal, half were operating without a valid water licence in 2010. This means that the utility’s coal addiction and a lack of transparency in the water sector contribute to the country’s growing water scarcity, and looming conflicts over water. However, most of this information remains confidential, creating clear threats to the accountability of users and the protection of this country’s water.

“South Africans have a right to know how water is being allocated, managed and polluted. The current allocation of water to the coal mining industry and Eskom for coal-fired electricity is not transparent, accountable or sustainable. Water is not just an environmental issue, it is a critical constraint to future development, and it is a fundamental issue at the heart of justice, economics and human rights” added Steele.

South Africa is facing huge political decisions around the allocation of water. If investments were shifted to essentially ‘water-free’ renewable energy technologies and energy efficiency, this would drastically reduce the water required for electricity generation, deliver sustainable electricity to all South Africans, create jobs and help avoid water insecurity and conflict.

“It is still possible to pull back from the brink of crisis, but only if the right choices are made today. It is time to end the era of coal in South Africa through a just transition away from coal towards renewable energy. Our ability to deal with a changing climate and future water crisis depends on it. The South African government and Eskom must realise that there are very effective substitutes for coal, but there are no alternatives to water”, concluded Steele.