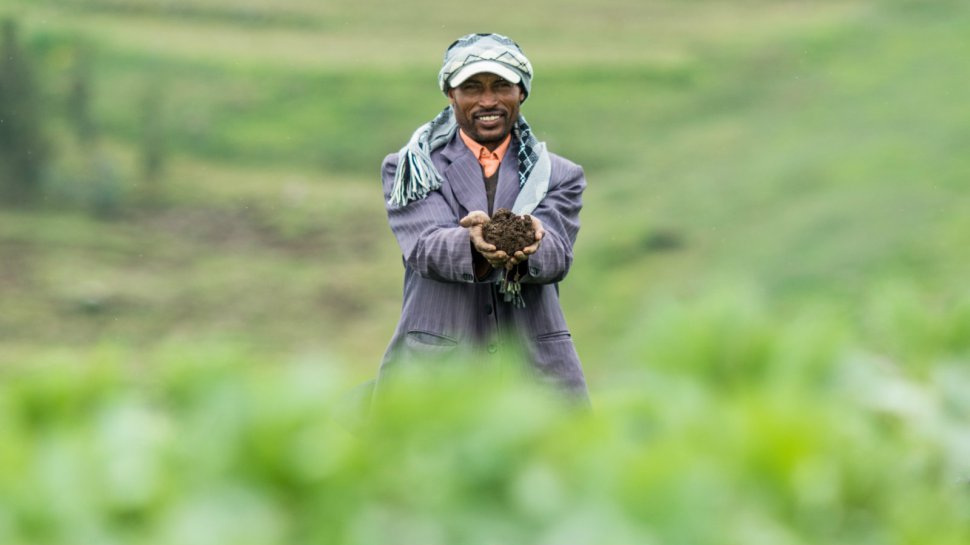 Ethiopia is in the middle of the worst drought in 50 years. It’s the sort of shock to the system we are likely to see more of with climate change. But Ethiopia is also home to a successful experiment to make the land more resilient to drought. If we are going to adapt to our changing world, it’s experiments like these that will show us the way.

In the steep fields of Ethiopia’s highlands, when rain falls on the parched, overworked land it runs downhill, carrying soil with it. Farmers commonly lose 130 tons of soil per hectare a year, comparable to the worst erosion documented on U.S. farms in recent history. Then, because the water has all rushed downhill, instead of seeping underground, wells go dry. Without water, crops wither, and that exposes bare soil to further erosion.

Watershed turns into a desert

This cycle turned a watershed in Tigray, Ethiopia, into a near desert, prompting the government to consider moving the farmers. Instead, they decided to try to rescue the land. And they succeeded. Instead of leaving their homes, the farmers are staying put. As one local official put it, what was once a desert is now a forest. 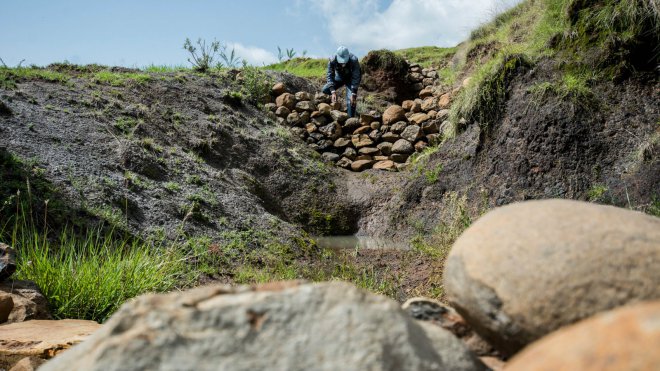 Inspired by this success, farmers are trying the same thing in Adisghe County, Ethiopia. With the help of an international project called Africa Research in Sustainable Intensification for the Next Generation (Africa RISING) and the Ethiopian Bureau of Agriculture, they began building dams, terraces, and recharge ponds. They planted trees on hilltops and planted cover crops on degraded areas.

Slow down the water with check dams across gullies

All of these methods had the same goal: Slow down the water. So, for instance, the farmers built check dams across gullies to stop the headlong flow, catch the eroding earth, and create a pool that would percolate into the ground.

The results were astounding, as you can see in this video (shot by Henry Tenenbaum and produced by Georgina Smith at the International Center for Tropical Agriculture).

Thanks to increased water reliability, agricultural training, and precise use of fertilizer (synthetic and manure) farmers have doubled their production since the project started.

This wasn’t easy. Lulseged Desta, a soil scientist and landscape ecologist at the International Center for Tropical Agriculture working with Africa RISING, told me that farmers must set aside up to two months a year for building dams and planting trees. What’s the value of all that work? When organizers calculated how much it would have cost if they had hired labourers to do all that work, it added up to $2,200 for one project of about four square miles. That’s a lot of money in Ethiopia, but it’s certainly less than the cost of resettling families.

This project was never meant as a silver bullet to solve the drought. The lowlands are still suffering. But it is part of the larger solution: This sort of transformation, writ large, can cushion climate crises. It helps to have these farmers at home producing food rather than facing migration. And, Desta said, these kinds of soil restoration efforts are now spreading around the country. 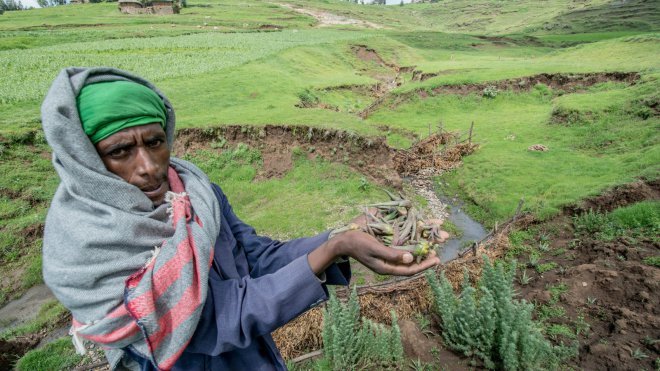 Climate change hits poorest places the hardest. One reason is that they simply can’t afford a lot of common-sense environmental protections. This Ethiopian test case shows us that, with a little investment and a lot of hard work, the most vulnerable places can become dramatically more resilient.

Correction: The original story conflated facts from Tigray and Adisghe. Farmers in Abraha wa Atsbeha, Tigray, nearly abandoned the land as a result of desert-like conditions, while in Adisghe the fields were severely degraded but not desertified. The writer’s water ration has been cut in half as punishment.