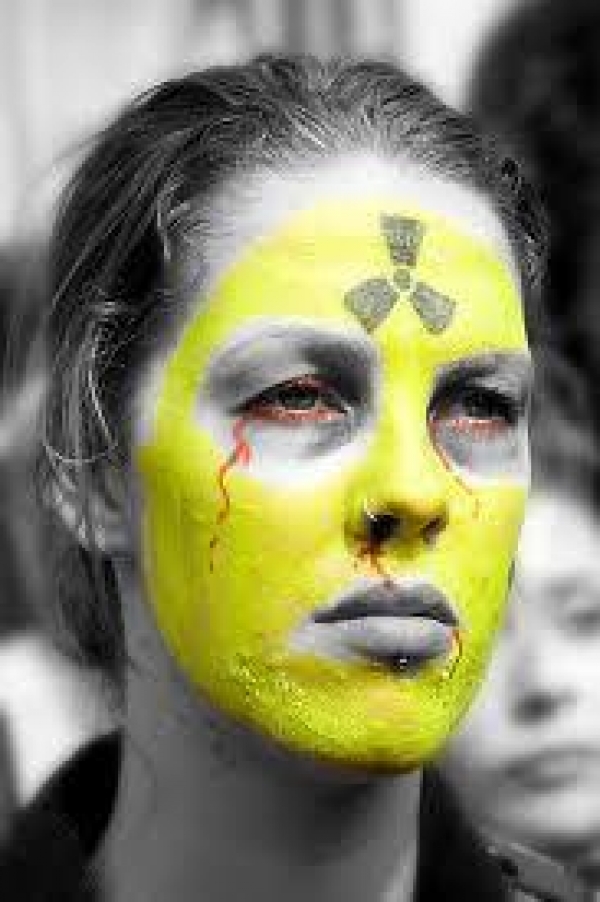 European leaders are being misled over the safety of underground disposal of highly dangerous nuclear waste which could poison groundwaters for centuries, a new study concludes.

The European Commission is due to publish a draft nuclear waste directive this Autumn. Deep disposal has dominated the research effort put into the management of highly radioactive nuclear waste for over 30 years and is expected to be centre stage in the directive. However, the Commission has been misinformed of the dangers of deep disposal by its most critical advisors, the Joint Research Centre (JRC) and European Implementing Geological Disposal Technology Platform (IGD-TP). Both claim that a scientific consensus has been reached and construction should proceed.

However, the study Rock Solid? A scientific review of geological disposal of high-level radioactive waste, commissioned by Greenpeace and written by GeneWatch UK director Dr Helen Wallace, reveals serious flaws in the advice being given to the Commission. Despite making scientific claims, key reports produced by the advisory bodies make little or no reference to scientific studies. One rare example of a referenced claim is based solely on an unpublished note of a panel discussion. Neither advisor has conducted a literature review of research on deep disposal. Despite these grave flaws, DG Research appears to have accepted the advice and is upbeat about the prospects of exporting deep storage around Europe and to developing countries.

Following her review of scientific journal papers, Dr Wallace comes to a far more sobering opinion of the viability of deep disposal. Dr Wallace said: ‘There are blanks in our understanding of deep storage; cracks that are papered over at our peril. We are talking about trying to bury thousands of tonnes of highly dangerous waste for longer than people have existed on Earth. It would be a mind-boggling engineering triumph which, if miscalculated, could release highly radioactive waste into our groundwater or seas for centuries, so far below ground that there will be nothing we can do about it.â€

The most probable causes of failure identified in journals include accelerated corrosion of containers; heat and gas formation leading to pressurisation and cracking of the storage chamber; unexpected chemical reactions; geological uncertainties; future ice ages, earthquakes and human interference. The different constitution of waste from future nuclear reactors and its complicated chemistry adds to the uncertainty. Dr Wallaceâ€™s study acknowledges that computer modelling is now advanced, but not sufficient to account for the multiple factors of heat, mechanical deformation, microbes and coupled gas and water flow through fractured crystalline rocks or clay over long timescales.

Greenpeace EU nuclear policy specialist Jan Haverkamp said: ‘It is incredible that the European Commission is being given a green light when the scientists are all clearly flashing an amber, at best. This study yet again demonstrates that there is no solution to the nuclear waste problem and we should be phasing out its largest source, nuclear power, in favour of a fully renewable energy supply by 2050. Europe would be mad to consider deep storage now, in anybodyâ€™s backyard.â€

Cartoon by Steve Greenberg. Click here to see more of his environmental cartoons. 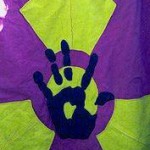 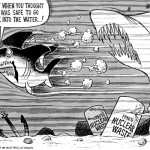