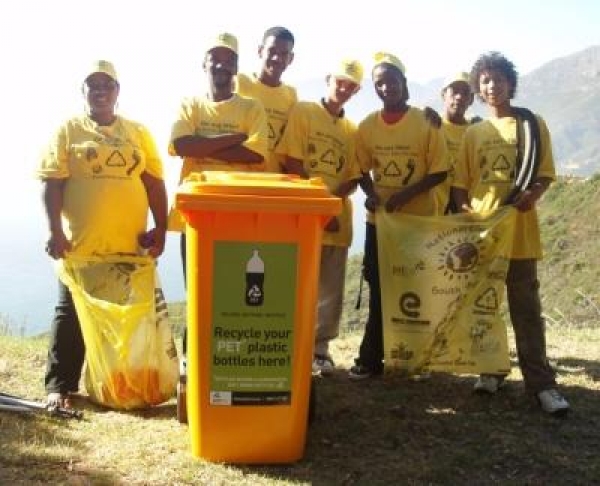 The Plastics Industry’ Enviromark was at both events respectively, to collect and recycle the participants and supporters’ litter. Enviromark volunteers in yellow kept the route clean by collecting litter en-route and saw to it that the litter was taken to a local waste company for recycling.

The objective of the both events was to recycle 75% of the total waste generated at the events. This objective was far exceeded with 82% of the waste recycled after the Cape Argus/Pick n Pay Cycle Tour and 83% at the Old Mutual Two Oceans Marathon.

During the Cape Argus/Pick n Pay Cycle Tour 11 830kg’s of waste was collected. Only 2 100kg’s was sent to landfill with 9 730kg’s being recycled. The material that went to landfill was not recyclable e.g. organic material.

After the Old Mutual Two Oceans Marathon, 8 593’s of waste was collected of which 7 093kg’s was recycled.

The Plastic Industry’s Enviromark, PFSA’s environmental division, focus on creating litter awareness at big events. This strategy, known as Event Greening, is making socially and environmentally responsible decisions when organising or participating in an event. The greening of events contributes to a cleaner and greener South Africa.