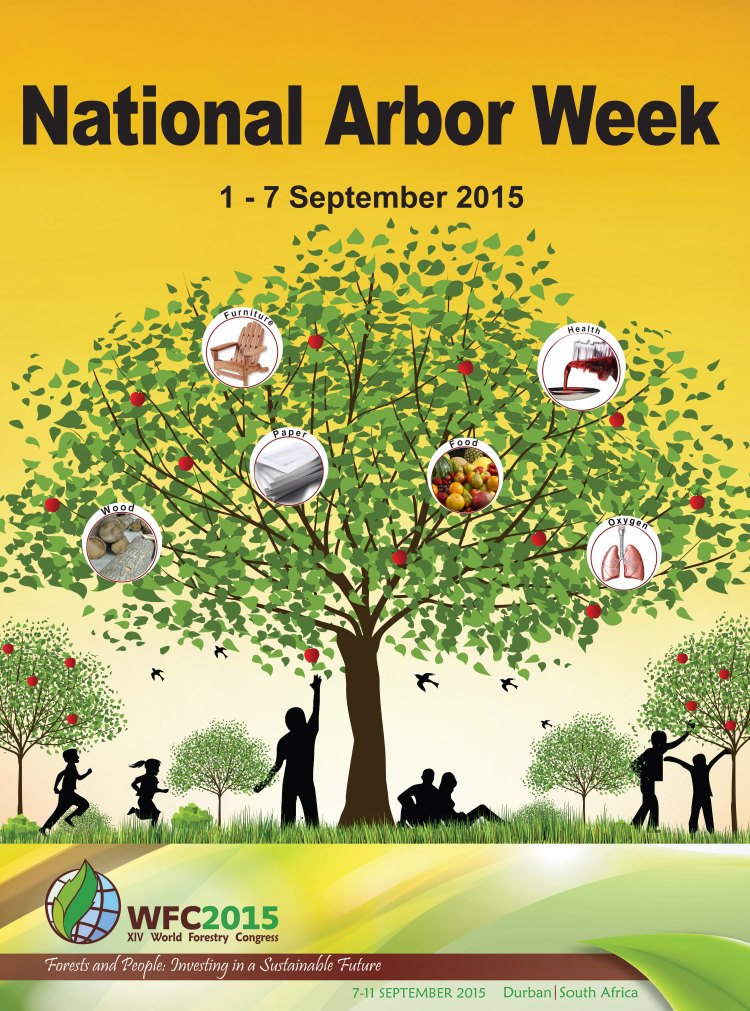 South Africa celebrates Arbor Week from 1-7 September annually. The Department of Agriculture, Forestry and Fisheries (DAFF), as the custodian of forestry in South Africa, is responsible for the campaign.

This year’s Arbor Week will be celebrated under the theme: ‘Forests and People: Investing in a sustainable future’. The theme has been adopted from the XIV World forestry Congress. This year’s campaign is being used as a build-up towards the XIV World Forestry Congress that will take place from 7 to 11 September 2015 at the Inkosi Albert Luthuli International Convention Centre in Durban. The congress aims to highlight the value of forests with regard to sustainable livelihoods, environmental conservation and development in general.

September is also heritage month and as we celebrate Arbor Week, the department also focuses on the country’s champion trees which include some of the oldest, largest and culturally significant trees. These include the Sophia Town Oak Tree and the Sagole Baobab Tree in Limpopo, which are part of our heritage.

Trees of the year