Conference of the Parties (COP18) 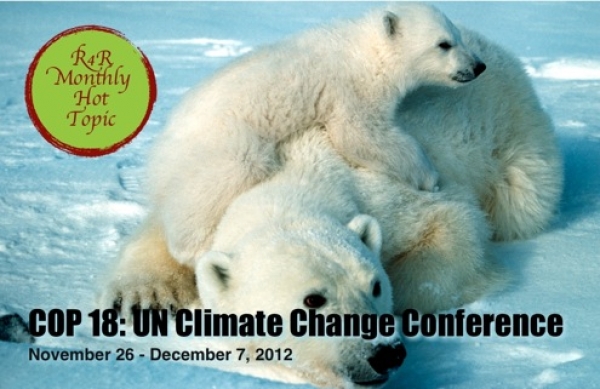 From 26 November – 7 December 2012, the 18th Conference of the Parties (COP 18) to the UN Framework Convention on Climate Change (UNFCCC) will be held in Doha, Qatar.

As with the climate talks in general, and due to persistent opposition from Poland against more ambitious attempts to curb atmospheric pollution, the EU hasn’t been able to move forward with its position in the negotiations since last year. At the last Environment council in October, Ministers once again failed to find an agreement on the excess of allowances – officially named Assigned Amount Units (AAUs) and referred to disparagingly as “hot air” accumulated by the Eastern Europe Member States.

This lack of progress could have serious implications for the credibility of the EU and its partnership with the developing countries but also the overall UN efforts to tackle climate change in general as it could seriously endanger the second commitment period of the Kyoto protocol, whose first phase expires at the end of this year.

Regarding climate finance, while the UN green Fund – which will aim at helping developing nations combat climate change – has been established and its location agreed upon, there has not yet been any clear decision on where the money will come from. As for the European contribution, the EU Environment ministers were only able to agree on vague wording at their last meeting, leaving it to EU finance ministers meeting on 13th November to make more precise commitments. Here too, the EU has the responsibility to lead the way and push for new and additional resources as promised and to avoid any financing gap after 2012 (when the fast-start finance period ends). Any failure to clarify those crucial points risks blocking the debate at international level.

Ambition and unity is the ticket

The Greens/EFA group therefore calls on the EU to show a united front and to be ambitious. Recent new figures from the European Environment Agency show that EU nations have achieved a crucial climate target 9 years ahead of schedule, clearly confirming that the EU’s 2020 greenhouse gas reduction target of 20% is outdated! Moving to a more ambitious target of 30% would not only give momentum to the talks, but also give the EU a long-term vision and benefit its economy as a whole. It would also help the Union to successfully reach its 2050 destination of 80% reductions without problematic delays and additional costs.

It is now time for the EU to be able to fully engage in intense climate diplomacy. All EU institutions must do their best to enable the EU to present a clear profile to the other parties at the next COP so it can bring the new dynamic to the UN climate talks that is so desperately needed.