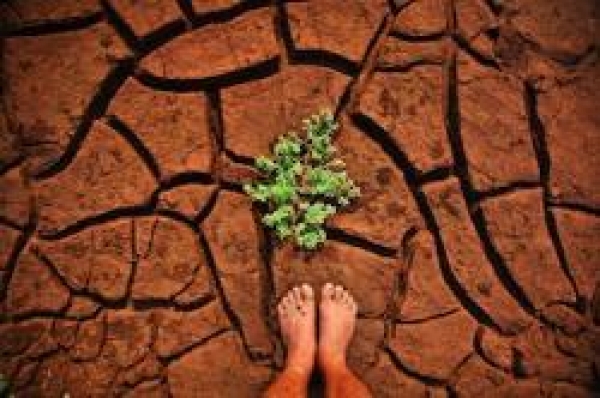 On 22 April 2013, more than one billion people around the world will take part in the 43rd anniversary of Earth Day. Earth Day is an annual observance on which events are held worldwide to demonstrate support for environmental protection.

Pope Francis voiced his concern for environmental in the very first homily of his Papacy on March 19th when he was installed.

“Please, I would like to ask all those who have positions of responsibility in economic, political and social life, and all men and women of goodwill, let us be protectors of creation, protectors of God’s plan inscribed in nature, protectors of one another and of the environment”.

The global theme for Earth Day 2013 is “The Face of Climate Change,” chosen because of the need to highlight the mounting impact of climate change on individuals around the world.

The organization that coordinates Earth Day is called Earth Day Network. It manages an extensive global network of Earth Day event organizers and other partners.

Climate change: not a remote problem

In a creative project that aims to show the world that climate change is not a remote problem at all – it’s impacting real people, animals and places all over the world – Earth Day Network is collecting and displaying images of people, animals and places directly affected or threatened by Climate Change. It’s also asking ordinary people to become “climate reporters” and send their pictures and stories that show The Face of Climate Change.

“Earth Day Network is an organization born from the first Earth Day in 1970 when as a result of the industrial pollution the US was in a very difficult situation environmentally, and the 1st Earth Day created the first wave of passion and interest in protecting the earth. So Earth Day Network was created by the original founders of Earth Day and we have grown now to be the global coordinator of Earth Day – we are in 192 countries; about a billion people participate in Earth Day, including governments, faith-based groups, school children, community groups and other organizations who believe in protecting the environment.”

Ms Rogers explains that the organization creates a theme every year, “but generally speaking Earth Day Network provides organizational materials, training, sometimes staff support to the 27.000 groups that are part of our network.”

The organization has grown, “so each year we are finding more and more people participate in Earth Day in a number of ways: doing community clean-ups, becoming involved in petitions, in town hall meetings, we have thousands of catholic priests involved who preach on the importance of protecting the earth…”

Over 1 billion people will participate in Earth Day this year; the theme chosen is the Faces of Climate Change. Ms Rogers explains that Earth Day Network ran a global campaign called “A billion acts of green” which was an attempt to reach a billion individual actions to demonstrate to global leaders that the world really cares about protecting the earth, about sustainability, about climate change in particular.

“We reached the billion actions – some of them collective by tree planting organizations, by corporations, some by individuals, by religious organizations – and together we counted a billion actions. We are now moving onto our second billion now, but we also discovered that people were coming onto our website pledging acts of green. And there were so many different ones: funny ones, emotional ones, spiritual commitments… and we really wanted to put a face on what that means. And so for us “the face of climate of change” is not just about those people who will be impacted by climate change – because there are certainly many more than a billion who will be – but in addition to that we wanted to demonstrate to the world and to leaders that ordinary people, whose lives will not be directly impacted by …storms or drought or any of the other physical expectations that we see… those people would put their own faces on line and tell us why it is important to them. What’s more we really we do believe everyone will be impacted by climate change because we’ve seen it with pollution, with the droughts that have been happening all over the world, and we feel that putting individual faces and collecting those stories we can begin to build a broader, more inclusive environmental movement that will help convince our leaders to do something about our environmental issues.”

Send in your photos

For this year’s Earth Day, Ms Rogers explains that “Earth Day Network has been asking people to come online with their cell phone photos, their professional photos, drawings… people from all over the world, we have people from 190 countries participating, thousands and thousands of photos… each photo that is submitted you have the opportunity to write your personal story about why climate change is important to you, how you are experiencing it, what your fears are, what you believe the opportunities are both in terms of creating new technologies and new jobs around this new green economy. And as we collect these stories we upload them on various social networking sites, and then we will be projecting them on various buildings, at Earth Day events around the world, on the side of government buildings, at train stations, on the news… and we will have this mosaic appearing and when you look at it you see the extraordinary attributes of every single person, of how varied their stories are and how varied they look. It’s a very emotional and spiritual experience looking at all these people and uniting them together.”

Of course you can go online to the Earth Day website and look at the photos – at this moment she says, thousands of photos continue to pour in “so the project will go well beyond earth day and I hope we will be able to form the basis of uniting people together into this global environmental movement.”

“The great question is who you bring all that together to convince leadership including corporate leadership that we need to do something about climate change because it does have so many different facets. How you unite people together and convince governments that the political will of the people, of their people in their own countries, will be behind them if they make bold changes.”

She says the faith-based community has been extraordinarily helpful and persuasive in this battle for the protection of the environment.

Ms Rogers speaks with great hope of Pope Francis’ papacy and the effects it may have on the battle to protect our world and its creatures.

Of course his name – she says – signifies a lot to those of us who care about the earth and the animals. But also discovering the fact that the Pope himself had led a very simple life, taking public transport, living in an apartment, cooking his own meals… basically his footprint – his carbon footprint was tiny – he lived like the rest of us do living a simple life, a life that is sustainable. So it is not just the name that signifies the possibility that this Pope could lead us all out of this environmental emergency, because everyone will listen to him. She says previous Popes have spoken of climate change and environmentalists like herself have recorded every word they said because they hang on to that kind of good news, but she says she believes Pope Francis can take a greater role: he cares about the poor, he cares about the impact that climate change has on the poor and he’s lived that life already, and we know that if he speaks out about it in an affirmative way, government leaders and corporate leaders will listen to him.”