Debate: the future of nuclear power in SA 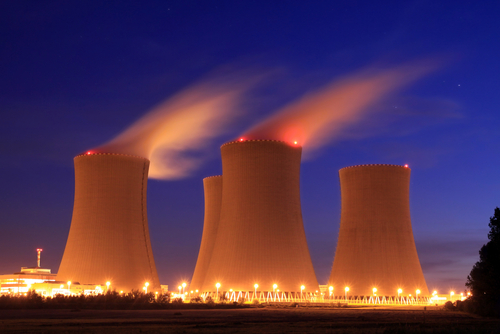 You, your colleagues, friends and all interested persons are cordially invited to attend an open public debate hosted by EE Publishers and The Daily Maverick on:

The future of nuclear energy in South Africa

After the debate, a networking cocktail party will be provided with hot and cold snacks, wine, beer and soft-drinks.

Join the debate to learn more about the issues, the upsides and downsides of nuclear energy in SA, and have your say!

The debate will be chaired by an eminent energy expert, who will table the motions for the debate, namely:

“Nuclear energy is inappropriate for SA for cost, safety and environmental reasons, and should be abandoned“; and

“Nuclear energy is an important part of the energy mix in SA, and a transparent, competitive and cost effective procurement process should proceed as soon as possible“.

Four acknowledged experts will argue the motions. Each presenter will be given 20 minutes to discuss the issues, and argue the case, after which the chair will entertain discussion, argument and clarifications from the floor, and between presenters. Each presenter will then be given five minutes to wrap up. A vote will be taken on the motions before and after the debate, to determine the final mood of the audience, and the impact of the presentations and argument. The names and resumes of the chairperson and presenters will be announced a week before the debate.

The South African national integrated resource plan for electricity (IRP2010-2030) plans the construction of 9600 MW of nuclear power stations by the end of 2030. The draft 2013 IRP Update scales this back, but this draft has not yet been formally accepted. Further studies and analysis from the Energy Research Centre at UCT and members of the National Planning Commission caution against SA committing to long-term, inflexible nuclear mega-projects. Yet President Zuma, in his 2014 state-of-the-nation address, seems intent on proceeding with the 9600 MW nuclear new-build programme without further delay.

His new minister of energy, Tina Joemat-Pettersson, gives the impression that the constitutional requirements for a transparent, fair, competitive and cost-effective procurement process will be bypassed in favour of a done deal with Rostatom, the Russian government nuclear energy agency, for the construction of eight Russian VVER nuclear reactors. Environmental lobby groups, on the other hand, argue that nuclear power should be abandoned.

Without being prescriptive, it is expected that some of the issues to be debated will include:

Join the debate to learn more about issues, the upside and the downside of nuclear energy in South Africa, and have your say!