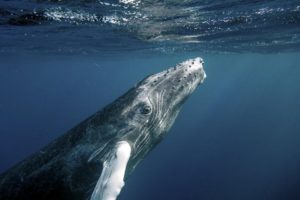 Each year the department celebrates National Marine Week (NMW) during the second week of October to enhance the public appreciation of South Africa as a coastal state with access to a long coastline and a large ocean space; the role it plays in the life of all South Africans and how individuals can positively impact the wellbeing of marine ecosystems. This year the department celebrates NMW during the 3rd week of October 2019 from the 14th to the 18th.

NMW is designed specifically to engage the pubic and youth during the week. The 2019 the NMW programme focuses on school engagement in each of the nine provinces. This is in the context of the other Oceans and Coasts public engagement days and events. These include World Oceans Day (June 8th) and the International Coastal Clean-up (September 21st).

The NMW 2019 campaign directly addresses the Education, Skills and Health priority area of government by engaging between 4000 and 5000 learners collectively in schools in each of the nine provinces. The department is the largest single national employer of marine scientists and, marine science technicians and were recruited from across the country. These staff together with staff from the support services will provide a balanced set of real-life examples of Oceans and Coasts related maters. Department staff will present messaging on plastic pollution and how actions and decisions at the level of the individual can influence peers and family and ultimately make an impact on how waste and plastic is generated, perceived and managed. Staff will make the linkages between inland and coastal areas through demonstrating relevant rivers pathways to coastal areas using relevant maps. Staff will also profile their careers in the department through illustrating what and how these careers were achieved through subject choices and performance at school and post school qualifications. It is motivated that these presentations will be particularly relevant to as staff will be returning to their own schools and districts.

The National Marine Week 2019 campaign will continue to commemorate and highlight what Government has achieved in the ocean and coastal domain within the fields of scientific research, coastal management and oceans conservation. The campaign will also show the investment Government has made to ensure the integrity of the marine environment, within our own exclusive economic zone and beyond, and how this affects ordinary South Africans.

The main objective of hosting the NMW is to highlight the importance of oceans and the role it plays in the daily lives of all South Africans. National Marine Week is designed to create a platform to engage with the youth, communities, other organs of state and the general public to enable the Department to fulfil its commitment of informing and educating on relevant ocean and coasts matters.

Due to the substantial and increasing impact of pollution in South Africa, particularly plastic pollution that affects all terrestrial, coastal and oceanic ecosystems, it is proposed that the NMW 2019 campaign be celebrated under the theme: “My Ocean Future”. The aim is to educate and encourage the general public, particularly the youth, towards curbing the pollution problem. Communication will emphasize countering pollution at the individual level and at the source. Most pollution originates from land before it gets transported to the coastal areas and the oceans through river systems.

The far-reaching impacts of marine litter pollution is recognised by the United Nations and several other key international organisations. Communication on marine litter and plastic pollution is carried from the Department’s World Oceans Day. World Oceans Day is designated by the United Nations and held on the 8th of June annually. This year the focus for Oceans Day was preventing plastic pollution and encouraging solutions for a healthy ocean.

In the previous NMW campaigns, the most impactful events where those whereby the department embarked on week-long school engagements by hosting exhibitions, alternating between coastal and inland provinces, cities and towns. NMW specifically focused on engaging secondary school learners between Grade 8 to 10. This has been accomplished through cooperation and engagement with the local education authorities and municipalities to identify potential schools. The aim is to engage youth and introduce them to participate in marine related initiatives. This can be achieved by promoting the appreciation of the role of the oceans in their daily lives and how science, technology, engineering and mathematics (STEM) play active roles in ocean and coastal management.

The NMW campaign target area are the nine provinces of the South Africa that have several river systems that define the structure of coastal waters as a result of the amount of water carried to the ocean. These river systems are considered to be the livewire of several societal, ecological and economic activities, estuaries and coastal areas.