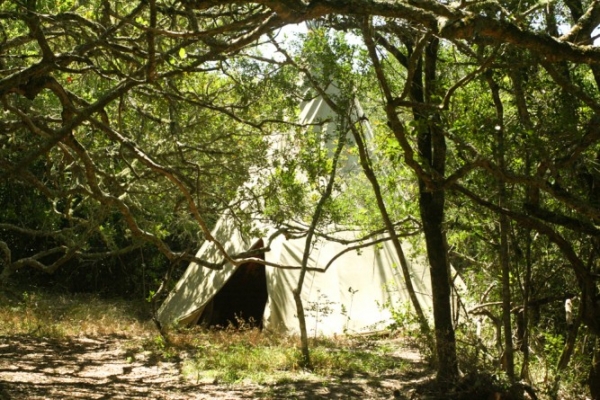 For the third year running, Greenpop will be hosting the Reforest Fest in Platbos forest. This reforestation effort has seen over 3000 indigenous trees being planted in the southern-most forest of Africa since 2010. This year Greenpop plans to host two strong reforestation efforts during May and aims to plant 4000 trees.

Greenpop is a social enterprise that believes greening and sustainable living can be fun, POPular and accessible for all. Thus the Greenpop Reforest Fest will aim to protect and grow the Platbos forest through two reforestation festivals, where treeplanting efforts are coupled with fun activities and opportunity for volunteers to experience and enjoy the forest.

Of the last festival, a volunteer stated, “It was really great to feel part of a community that was purposeful and that was having fun at the same time.” In 2013, Greenpop has partnered with Platbos and Reliance Compost in order to host the third annual Reforest Fest.

Platbos, a relic forest with trees of over 1000 years of age, forms part of one of the rare and endangered ecosystems of the Western Cape and has a unique mix of indigenous trees from coastal and mountainous regions. The ancient forest is situated near Stanford in the Overberg region, 1½ hours from Cape Town.

Like many natural forests around the world, parts of Platbos have been cleared over the past decades for cultivation. Today, many of these cleared areas are being taken over by dense invasive alien vegetation, which pose a serious fire risk to the forest.

In response to this issue, Melissa and Francois Krige of Platbos have launched the Trees for Tomorrow reforestation programme. Through this, endemic seeds are harvested from the forest, reared in the Platbos Forest Tree Nursery and then replanted to extend and grow the forest. It’s important to plant these endemic trees because they are adapted to drought and serve as an important food source for the bird and animal species that live here.

Greenpop has therefore partnered with Reliance Compost, as well as Green Shebeen, BOS Iced tea, Levis and Rodgers Fruiters and various other partners and musicians to make the Reforest Fest 2013 a success.

The aim is to plant over 4000 trees during the two reforestation festivals in May. There is thus great opportunity for companies and individuals to sponsor trees for the festival.