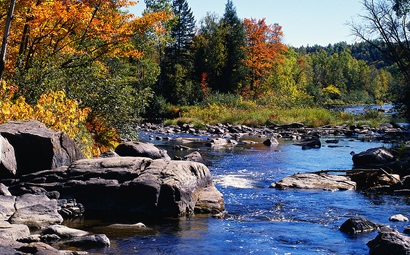 Water is life and not a single living organism on earth could survive without it. Rivers form the lifeblood of our existence and protecting these crucial ecosystems is becoming more and more critical as economic development and growing populations require increasing amounts of water. Throughout southern Africa, freshwater ecosystems are under severe pressure with more than 80% of South Africa’s rivers being threatened. On International Biodiversity Day the Endangered Wildlife Trust (EWT) urges all South Africans to celebrate this precious and scarce source of life and take urgent, personal action to preserve it.

“Freshwater biodiversity is the over-riding conservation priority during the International Decade for Action. The theme for the decade – spanning from 2005 to 2015 – is Water for Life. The United Nations has proclaimed May 22 ‘International Day for Biological Diversity’ to increase awareness of biodiversity issues. The theme for 2013 is Water and Biodiversity and was chosen to coincide with the United Nations designation of 2013 as the International Year of Water Co-operation,” commented Bridget Corrigan, Manager of the EWT’s Source to Sea Programme.

Over 10 000 fish species live in fresh water while goods and services derived from inland waters, such as food and drinking water, water filtration and flood control, have an estimated global value of several trillion US$.