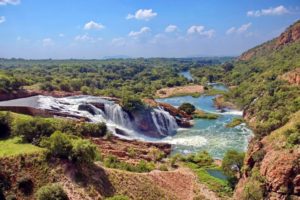 Rivers in virtually every country face an array of threats, and only through our active involvement can we ensure their health in the years ahead.

In 2005, the United Nations launched the Water for Life Decade to help create a greater awareness of the need to better care for our water resources. World Rivers Day was established in response to a proposal initiated by internationally renowned river advocate, Mark Angelo.

World Rivers Day is a celebration of the world’s waterways. It highlights the many values of our rivers, strives to increase public awareness, and encourages the improved stewardship of all rivers around the world.

The proposal for a global event to celebrate rivers was based on the success of BC Rivers Day, which Mark Angelo had founded and led in western Canada since 1980. A World Rivers Day event was seen by agencies of the UN as a good fit for the aims of the Water for Life Decade and the proposal was approved. River enthusiasts from around the world came together to organize the inaugural WRD event.

That first event in 2005 was a great success and Rivers Day was celebrated across dozens of countries. Since then, the event has continued to grow. It is annually celebrated on the fourth Sunday of every September. Last year, several million people in up to 100 countries celebrated the many values of our waterways.

Attend an event near you or start a Rivers Day event of your own. Events can range from stream clean-ups and fish enhancement projects to educational outings and community riverside celebrations.