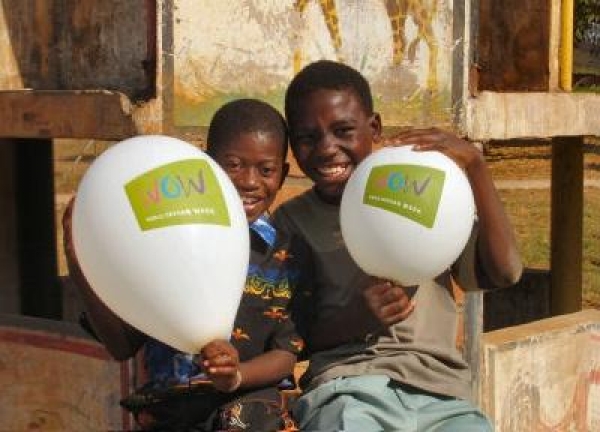 Since the inception of WOW in 2005 (in the United Kingdom) SOS International has played an integral role in raising awareness around the needs of orphaned and abandoned children around the world.

In South Africa, SOS Children’s Villages South Africa spearheaded the introduction of WOW to the nation in 2009 and has played an important part in making every vulnerable, abandoned and orphaned child’ plight known.

‘Sadly, we are currently living in a society rife with people who are unable to speak or fend for themselves. In South Africa, many have lost their families to diseases such as HIV/Aids and Tuberculosis. Some are abandoned by family members who are no longer able to care for them due to extreme poverty. Others (some 50 000[1]) are victims of domestic violence and crime. A voice for the unheard is needed and SOS seeks to be that voice,’ says Leigh Swartz Fund Development Manager for SOS Children’s Village’s South Africa.

The statistics are astonishing, poignant and woeful. This is the sad reality…

‘The need for organisations and individuals alike to become involved has never been more urgent. The task is simply too great for any single government or organisation to tackle alone. Together however, success is within reach! Our aim this year is to get as many people as possible working together toward the common goal of assisting those youth and children without families,’ says Swartz.

It is with this in mind that SOS is calling for all companies, organisations, schools, communities and individuals to do something ‘WOW’ for vulnerable, orphaned and abandoned children this February. There are no limitations in terms of how to get involved! In fact Swartz encourages those wanting to participate to be as creative as possible. For those not sure where to start, Swartz gives the following ideas to stimulate action among all volunteers and participants.

For companies and organisations wishing to get involved in WOW:

For individuals wishing to get involved:

‘The Oxford English Dictionary describes WOW as ‘significant success’. Our wish for WOW 2011 is that through increased awareness and participation each orphaned and abandoned child will benefit and as a result the Week will indeed be true to its name and be significantly successful or rather… WOW!’