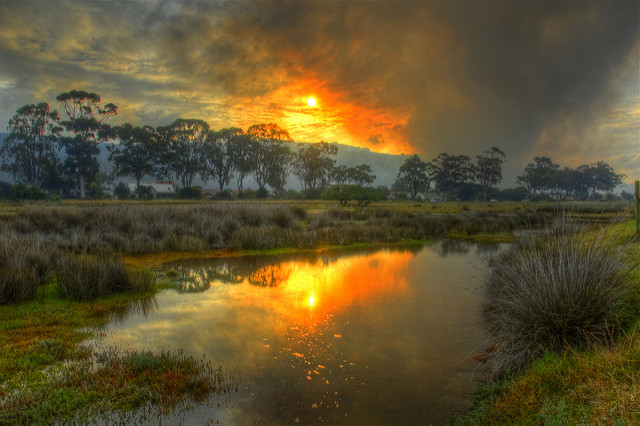 A group of scientists led by eminent NMMU botanist Professor Richard Cowling warned nearly a decade ago that the uncontrolled spread of alien vegetation posed a fire threat that could devastate the Garden Route.

Contained in an article in the 2009 edition of the Veld & Flora magazine, which The Herald accessed yesterday after an alert from the Endangered Wildlife Trust (EWT), the warning is nothing short of prophetic.

Cowling and his co-writers – Brian van Wilgen, then of the Council for Scientific and Industrial Research; Tineke Kraaij, then with SANParks but now also with NMMU, and Jonathan Britton, of CapeNature – highlighted “a sobering scenario that needs urgent and serious attention”.

The high-intensity fires would damage the soil, resulting in erosion and silting up of dams, further exacerbating water problems,” they wrote.

In the wake of the infernos that erupted along the Garden Route a fortnight ago, the EWT has now flagged this article, saying an immediate, coordinated response is needed.

EWT Source to Sea programme manager Bridget Jonker said local government, the private sector and communities needed to join hands to ensure that the restoration of the indigenous ground cover, removal of alien vegetation and improved management of the catchment in the Garden Route were urgently prioritised.

This needed to be done over the short and long term to secure the socioeconomic development and sustainability of this region and to make sure that this never happened again, she said.

Cowling said yesterday that uncontrolled stands of pines, imported from the Mediterranean, and wattle and gums, originally from Australia, were the culprits.

“Where our indigenous forest does not burn easily, these trees are highly flammable because of the aromatic oils in their leaves and because they’ve evolved to use fire to seed and germinate,” he said.

“The fires devastating Portugal right now are ripping through the same pines that burned so fiercely in the Garden Route.”

The problem in the Garden Route was the trees which had escaped the alien plantations and were invading the surrounding indigenous fynbos in dense thickets.

“The fires in this environment often burn so hot that they kill off the microbes in the soil, eliminating the possibility of regrowth and causing erosion.

“Top soil then runs into our rivers, reducing the quality and quantity of our water.” Cowling said while projects targeting alien removal were under way, they needed to be radically fast-tracked.