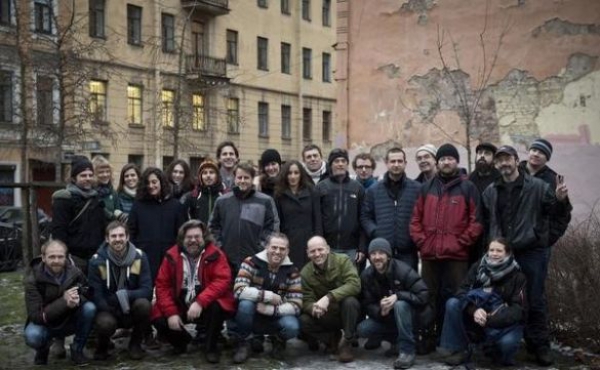 A crucial vote in the Duma (Russian parliament) tomorrow could see the end of legal proceedings against the Arctic 30.

At a first hearing the Duma today adopted the text of an amnesty bill drawn up by the office of President Putin which does not include the Arctic 30. But amendments are being proposed and a final vote is expected tomorrow. Crucially, powerful figures in the Duma today indicated their support for a broader amnesty that would include the 28 Greenpeace activists and two freelance journalists who were charged after a peaceful protest against a Gazprom-operated Arctic oil rig in September.

The current text of the amnesty only covers people who have already been convicted of an offence. But Alexander Remezkov – a deputy from the ruling United Russia party – today told the Duma that it would be right to extend the amnesty to people charged but not yet convicted of hooliganism and rioting. Remezkov is deputy head of the Duma committee on legislation – the committee responsible for the bill. Pavel Krasheninnikov, the head of the committee, replied saying that the amnesty should include both those convicted of, and those charged with, hooliganism. Krasheninnikov earlier told the Kommersant newspaper that the “amnesty extended to those who are under investigation or on trial.”

Amendments need to be tabled by 6pm tonight. The Duma is expected to vote on the amendments tomorrow (Wednesday). If the decree includes amnesty for people charged with hooliganism and if President Putin signs the bill, it would result in the end of investigation against the Arctic 30, who would then be allowed to return home, once an exit visa has been arranged.

Faiza Oulahsen from the Netherlands is one of the Arctic 30. She said:

“I have spent two months in prison charged with a crime I did not commit and am still unable to return home. I am neither a hooligan nor a pirate, we are innocent, we always have been. The charges against us should be dropped and we should be allowed to return to our families.”

After the ship Arctic Sunrise was seized in international waters the Arctic 30 spent two months in jail before being released on bail, but are still charged with hooliganism under article 213 of the Russian criminal code – an offence that carries a maximum seven year jail sentence.

The 26 foreign nationals from the Arctic 30 after their release on bail. Read more here.