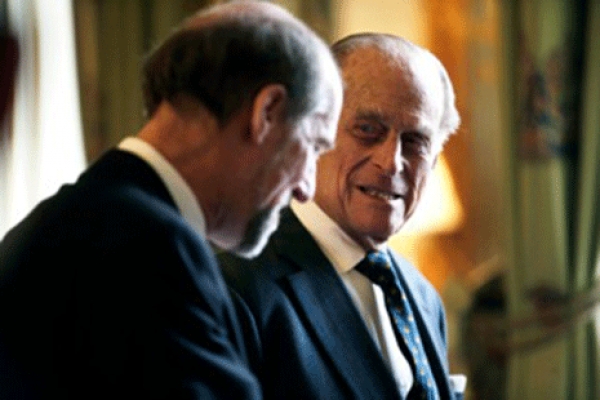 Statements by leaders of 34 religious traditions were presented to HRH The Duke of Edinburgh last month as part of a major initiative linking religions and conservation groups in opposing the illegal wildlife trade, which is annihilating the world’s rare and endangered species.

The statements were presented to Prince Philip (one of ARC’s founders and WWF President Emeritus) during a meeting at Buckingham Palace in which he was also updated on the latest conservation initiatives undertaken by faith groups around the world.

In their statements the faith leaders, who represent Buddhist, Christian, Daoist, Hindu and Muslim communities in Africa and Asia, call upon their followers to protect wildlife and combat the trade in threatened species, saying this is a moral and spiritual issue.

They are the result of a major initiative by the Alliance of Religions and Conservation (ARC), WWF-US and faith leaders aimed at tackling the issue through education, awareness-raising and action in the key countries in Asia and Africa affected by the illegal wildlife trade.

Crucially, the partnership also focuses on undermining consumer demand in China and other Asian countries for medical ingredients or luxury items made from rare and endangered species.

Stopping the assault on nature

“All faiths believe that our place in nature is to protect as much as it is to use the gifts that have been given us. This is why 34 major religious traditions from around the world, each driven by their own spiritual understanding of our responsibility to the rest of nature, have joined together to combat this most pressing of assaults on the diversity of nature – the illegal wildlife trade.

“This ranges from the Daoists of China working to change the mindset of those who buy traditional Chinese medicine using ingredients from threatened species, to the Muslims of Indonesia calling on the faithful to safeguard over-exploited animals such as pangolins, primates and tigers, to faith leaders in Africa speaking out against poaching. For all of them this is a moral and spiritual issue.

“This marks a new and potentially highly significant development in the struggle to preserve the great species of our planet, or, as many of the faith would put it, those creatures that most need the protection of God.”

A threat to all

Dekila Chungyalpa, director of WWF-US’s Sacred Earth programme, said wildlife poaching is not only the greatest threat to many endangered species, but has become highly organised crime, backed by international syndicates linked to gun and drug trafficking.

Illegal wildlife trade is the fifth largest illicit transnational activity worldwide after counterfeiting and the illegal trades in drugs, people and oil.

“Tens of thousands of wild elephants are being killed each year for their tusks to meet the demand for ivory coming from China, Thailand and other Asian countries,” she said. “The profits made from the killing of African rhinos and elephants and Asian tigers are about $10 billion each year. This is not local poaching, it is wildlife crime. It is a trade run by international crime syndicates.”

CITES (the Convention on International Trade in Endangered Species of Wild Fauna and Flora) is an international agreement between governments. Its aim is to ensure that international trade in specimens of wild animals and plants does not threaten their survival.