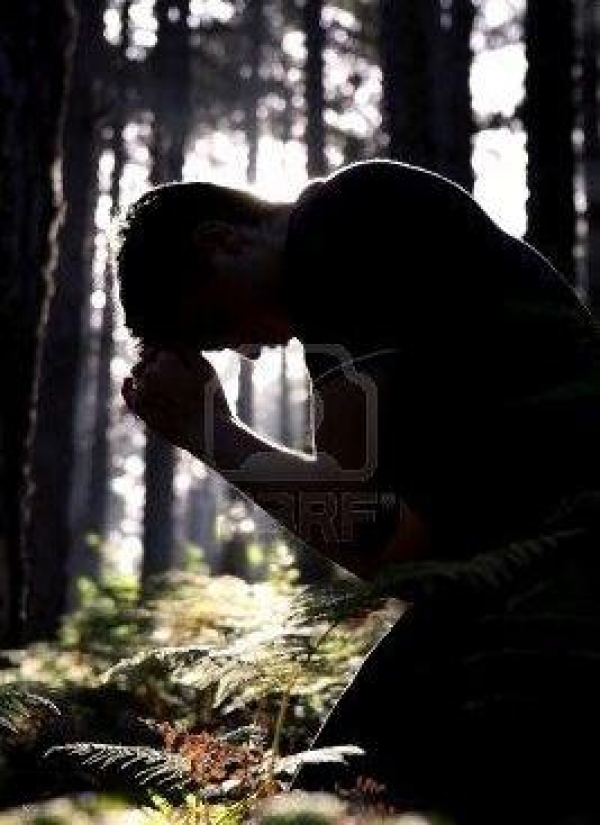 All the world’s major religions share one great belief: that we as humans need to cherish and protect the earth we live on. We are, however, failing in our task. This is a good reason for religions to unite in a common commitment to change, and this is what’s happening.

The Sisterhood of Temple Israel took a step in this direction last week, when they focused their Annual Interfaith Meeting on ‘Ecology in Religion’. This traditionally Jewish congregation invited Christians, Muslims, Buddhists and Jews to attend an enlightening session where four speakers shared their respective religions’ views on ecology and our responsibility to care for the earth.

‘We seem to be threatened by people who do things differently, but this interfaith gathering is hugely important for peace. We need to be united in our commitment to cherish living earth.’

These were the words of Bishop Geoff Davies, representing Christianity and the Southern African Faith Communities’ Environment Institute (SAFCEI).

‘We are disregarding the fact that God said all that he has made is very good, not just us.’

This harsh reality, that we live selfishly on an earth that has enough resources and energy to provide for us all, was a common theme repeated by the speakers.

It’s up to us to make the change

‘People turn to Buddha to feel good about life, yet Buddha taught us that suffering is inherent in all things and it does not help to turn your back on it.’

He stressed that we need to face the fact that biodiversity is rapidly declining and that it is up to us to take responsibility and make the change. 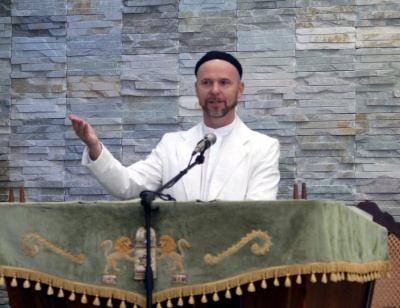 We tend to think we live independently, but we are all interdependent and interlinked. ‘Even the air you breath when you meditate is only borrowed.’

Other speakers also emphasised that all life on earth is intertwined. If we fully understand that every living thing on the earth is dependent on and influenced by other living entities, we will understand that certain actions we may consider harmless, could have a much more harmful impacts than we realise. 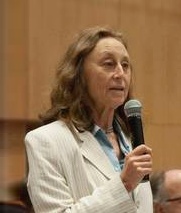 Dr Ruth Rabinowitz (above), representing the Jewish faith, is the author of Working with Wonder and founder of projects such as I Go Green, which teaches less privileged communities how to utilise renewable energy for their homes. She brought Ecology back to the prevailing theme of modern science which was once again interconnectedness. Energy is never lost, just converted into different forms, just as life ultimately consists of changing patterns of energy.

‘All ecosystems are interlinked. They are merely different systems moving toward a balance in life. The highest understanding the modern world can have of God, is Energy. Indestructible.’

Dr Muhammad Ridwaan Gallant, a Muslim community leader started by turning back to the Qurân’s story of creation. ‘Allah has created earth and in the earth there are animals, cattle, beasts and creatures. We as humans live together with them on earth. All things seen and unseen on earth are Allah’s signs and act as witnesses to his existence. The environment can be seen as the place where these signs exist.’ He also explained that ‘we were given everything from the earth for our use, but we do not use it, we abuse it.’

Islam, Christianity and Judaism all hold the belief that a higher being created the earth. Davies especially noted that, only after the entire planet was perfected, were humans created. This proves that humans need the earth’s resources to survive. And, according to most sacred texts, we have been created to rule over, but also to protect, the earth.

Our addiction is failing the universe

Rabinowitz emphasised that, since Ecology can be likened to the changing patterns of energy, we are provided with enough resources to live by. So why do we worry when the earth provided us with enough?

‘We have become addicted to using oil, coal and fuel that will run out and this addiction is fouling up the universe,’ she said.

All the speakers agreed that this addiction to and dependence on fossil fuels and non-renewable energy is one of the major ways in which we are abusing the earth. Therefore renewable forms of energy truly are the way to preserve our amazing planet. 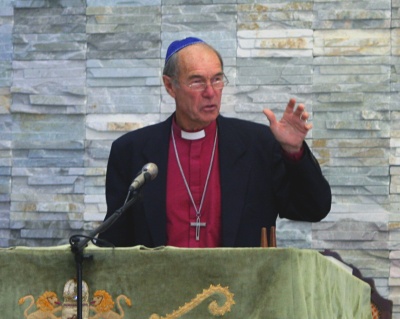 If renewable energy can be seen by different religions in the light of the earth (or a higher being) providing us with an inexhaustible supply of energy, our different faiths can lead us to understand its importance. It is time for our religions to unite in discussions and efforts to save our earth.

As Bishop Davies noted, ‘There is so much more in our different beliefs that unite us, rather than divide us.’

And to cherish the earth should definitely be our current overarching concern.

Thinking of the greater good

‘The good news is that we created the problem and we are quite capable of solving it, if we turn our minds to it. Our religions oblige us to think of the greater good,’ Said Crawhall.

In a world where there is constant competition, when it comes to solving the planet’s problems, a unity amongst religions is a starting point for true change.

This might seem like an unachievable goal, considering the constant religiously motivated violence around the world. But, even though this Interfaith meeting showed only a small group of committed people, it shows that a united goal is conceivable. And what better focus to have than to cherish the planet we all share, irrespective of the different paths to God.