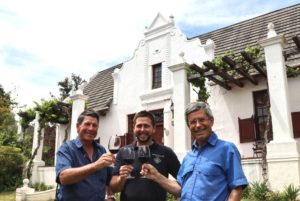 This outstanding achievement follows the submission of their latest IPW-audit (Integrated Production of Wine), which acknowledges the environmental responsibility of their production practices.

The audit includes factors such as carbon footprint, effective water management, proactive water stewardship and an environmental management plan that includes a conservation area that comprises 30% of the 243-hectare farm and the protection of critically endangered fynbos species.

Their champion status elevates the family-owned wine farm to an exclusive club that is allowed to use the globally recognized WWF logo on their wines. According to Louis Roos, this unique partnership raises awareness of the biodiversity of Mooiplaas.

“It also serves as a catalyst for a change in behaviour towards more sustainable farming practices, a cause that we have been committed to for decades. The WWF Conservation Champion logo on our bottles enables consumers to recognize this important initiative.” 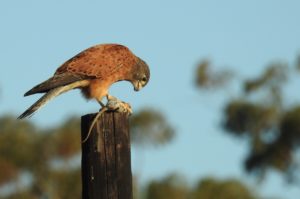 This historic farm was originally established in 1806 and was bought by Nicolaas Roos in 1963. The manor house was completed in 1833 and declared a national monument in 1989. Tielman Roos registered the Mooiplaas Private Nature Reserve in 1995 and played a key role in establishing the Bottelary Hills Renosterveld Conservancy (BHC) in 2002. The area falls within the Cape Winelands Biosphere Reserve and forms part of the World Network of Biosphere Reserves, listed by UNESCO and is valued for its high conservation status.

“Renosterveld fynbos grows in rich fertile soils, which is often replaced with commercial crops. Less than 4% of the original Renosterveld in the Western Cape remains, including the critically endangered Swartland Granite Renosterveld found on Mooiplaas,” explains Roos. Small game, more than 113 bird species and endangered reptile species such as the diamondback tortoise have been identified and listed on the BHC website.

It is amidst this incredible natural wonder that Mooiplaas uses an environmentally friendly approach to produce premium quality grapes and strives to produce wines in a sustainable manner. In 2015, third generation Tielman Roos Jr. joined the family business bringing much valued expertise and continuity to the business. Further proof of the exceptional quality of the Mooiplaas portfolio of wine came when two Mooiplaas wines were scored more than 90 points by renowned British Wine Master Tim Atkin in The South Africa 2020 Report, published in September. The Mooiplaas Houmoed Chenin Blanc Bush Vine 2019, a single vineyard Chenin that was planted by Nicolaas Roos in 1972, was awarded 93 points. The wine was fermented and aged in small French oak barrels and will be released later this year. The Mooiplaas Pinotage 2019 recently underwent a style change and also aged in small French oak barrels, which seems to have paid off with a score of 90 points.

Four Mooiplaas wines also scored well at the prestigious Decanter awards. Both the 2019 Houmoed Chenin and the 2017 Rosalind were awarded 91 points, while the 2018 Mooiplaas Cabernet Sauvignon and 2017 Tabakland Cabernet Sauvignon both received 90 points. The competition saw 116 of the world’s top wine experts blind tasting over 16 000 wines from wine producing regions from around the globe.

Roos gives credit for these high-scoring wines to the vineyard and cellar teams under the leadership of viticulturist Tielman Roos and winemaker Bertus Basson.

Mooiplaas is an ideal destination for outdoor enthusiasts with a scenic 5.6 km circular hike, mountain biking, winetasting or picnic in the garden, as well as accommodation on offer.