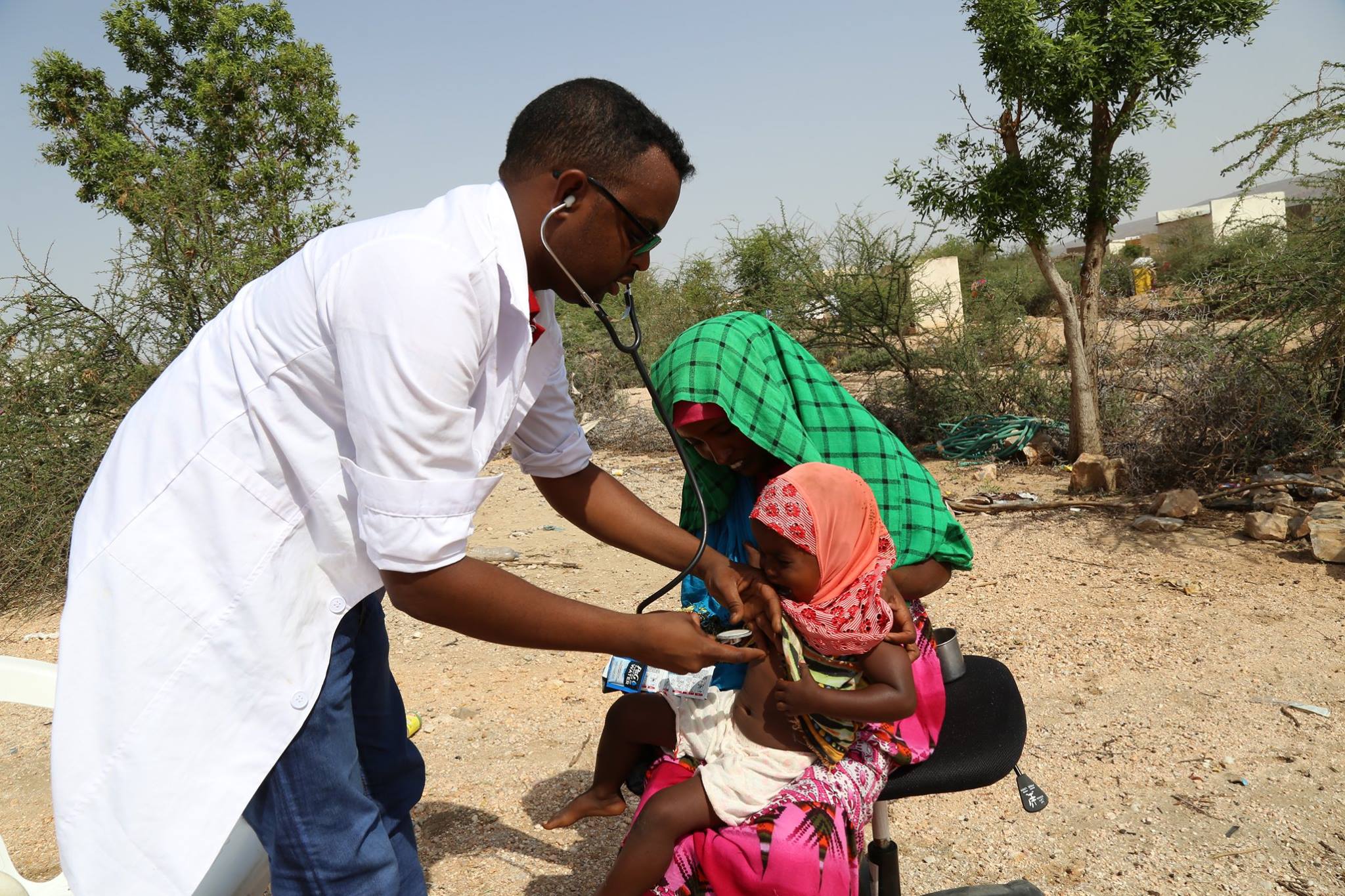 “As the hunger took its toll a husband and wife left their two children in the ‘forest’. They could not bear the thought of their children dying in front of their eyes nor did they want their children to sense that they (the parents) were dying”.

This is Somalia; a monumental African tragedy that requires an urgent, co-ordinated international response to alleviate a massive human tragedy. Conservatively three million Somalis are affected by drought, starvation, disease and death. Earlier this year the Gift of the Givers Horn of Africa representative, Dr AM Hashi, met the Somali government and relevant role players in the capital Mogadishu. He discussed and arranged logistics including warehousing, transport and security in preparation for an imminent emergency airlift from Johannesburg to Mogadishu.

Gift of the Givers put R5 million high-energy nutrition packs and water on standby to respond to Somalia’s starvation crisis. Over the past few months they had also prepared medical teams. They increased the humanitarian aid for Somalia, putting up four flights instead of the one initially planned. The first two flights departed on Sunday, 31 July, with 41 tons of supplies and a team of medical specialists. The third flight departed Thursday, 04 August, and the fourth flight will depart on Monday, 08 August. This organisation has been involved in 19 years of disaster response in 32 countries.

South Africans from every strata of society from Soweto to Sandton have started responding to their fellow African brothers and sisters. This is a huge tragedy and requires an overwhelming generous response, the latest offer of assistance coming from the Massmart group.

‘It’s 7.45am, Wednesday, 20 July 2011; the chartered plane lands in Mogadishu Airport. A hive of excitement amid the beautiful weather and the magnificent coastline, as hordes of journalists and government representatives receive the delegation. Every delegation means new hope; new promises but sadly, very little returns,’ Gift of the Givers’ Imtiaz Sooliman documented as they headed for Somalia.

‘We are whisked away through the side gate with urgent haste; Mogadishu is synonymous with instability, insecurity and high risk. As we exit, hordes of military vehicles with more than a dozen young soldiers on each bakkie form a gauntlet around the entourage. In the orderly chaos, our Horn of Africa representative, Dr Hashi, misses me at the airport. Cellphones including Blackberry’s don’t connect.’

Sooliman continues: ‘Communication, Logistics and an Exit Strategy,’ that is the nightmare for any international NGO that dares to come here; options are racing through the mind: how do we land here, where do we store our supplies, what tonnage should we come with, what length is this runway, what size aircraft can land here, how do we transport those supplies and our teams including medical and media, how do we arrange security in transit and at our place of accommodation as the risk of kidnapping of foreigners is extremely high, what will be the communication options? As all these questions challenge the faculties, the “saviour”, the remarkable satellite phone connects with Dr. Hashi. Connecting is one thing, trying to explain which “bush” you are in is quite another.’

‘Out of the corner of my eye as we speed through the dusty streets I spot Dr Hashi on the roadside. I jump out of the vehicle. The hug, the embrace, the overwhelmingly joyous of seeing a familiar face; I feel it in my bones – we are going to conquer the obstacles. That feeling of positivity starts manifesting itself strongly as we approach the refugee camp on the outskirts of Mogadishu,’ Sooliman said.

A ‘plastic city’ of starving people

‘The camp is a huge ‘plastic city, not a tent in sight, 25 000 mostly women, children and some men reside in this cramped, unhygienic hellhole. What can they do, they don’t have any resources and the international community has neglected them. This is the newest camp with new refugees streaming in every day from distances as far as 600km away. Emaciated women, unable even to produce breast milk, malnourished 2 year olds looking no bigger than 3 month old infants, malaria patients lying helplessly on the floor, pneumonia and other diseases are common but the hunger is devastating. This is famine undeniably. The world needs to respond now, rapidly and aggressively.’

Africa should lead that response because these are our brothers and sisters. Paucity of food and water, non-existent medical facilities, no doctors, nurses or medical supplies, this is Somalia. Those in the camps are the “lucky ones”, along the 600km road thousands are in danger of dying or dead already. The security situation, the instability, the logistics, the challenges are not an issue anymore, respond we must.’

Gift of the Givers has a team on the ground in Mogadishu, and has set up their own office in an ex-minister’s house. This house has become the warehouse too. The organisation has identified several camps where the medical teams and supplies have to be utilised, and are negotiating with the different parties to ensure safe and effective passage of their team and supplies.

Another aid-worker is currently in Somalia with a relief organisation called Hijra, a partner of Oxfam, witnessing firsthand the heart breaking situation faced by nearly 12 million people, as the region suffers the consequences of one of the worst droughts in 60 years.

‘Oxfam is doing all it can to provide clean lifesaving water to over 1.1 million people so far across Somalia, Ethiopia and Kenya. But we are facing huge challenges and massive needs. We need to reach more people and can’t do it alone,’ said Dau’ud Ali of the organisation ONE.

The United Nations has declared famine in more than three regions in Somalia.

‘The UN has said if we don’t act now famine could spread to the whole of southern Somalia within two months. It is vital that world leaders take action to ensure all immediate needs are met and long term solutions delivered. Yet despite the urgency of the situation, many governments are responding too slowly with funds to meet the needs of people affected.’

‘While there is an immediate need for emergency aid, leaders cannot drop the ball on long term solutions as has too often happened in the past,’ Ali said.

Around 82,000 people have signed ONE’s petition calling on governments to do more. They need our help to spread the campaign to as many people as possible.