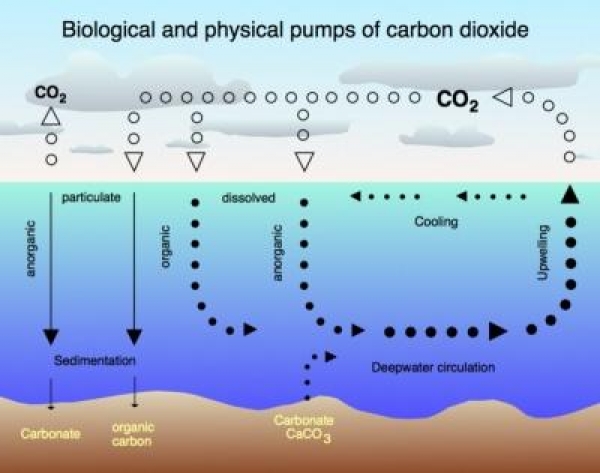 Fertilizing the oceans to boost the growth of tiny plants that soak up greenhouse gases is unlikely to work as a way to slow climate change, a U.N.-backed study showed on Monday.

Such “geo-engineering” schemes would be hard to monitor and were likely to store away only small amounts of carbon dioxide, the main greenhouse gas, according to a report by the Intergovernmental Oceanographic Commission.

“Geo-engineering schemes involving ocean fertilization to affect climate have a low chance of success,” according to the 20-page study by the Commission, part of the U.N. Education, Scientific and Cultural Organization (UNESCO).

The review, by scientists in seven countries, said 13 experiments in recent years showed faded optimism that iron dust or other nutrients could spur growth of microscopic marine plants and permanently suck carbon dioxide from the atmosphere.

Firms including Climos, Atmocean Inc and the Ocean Nourishment Corp. have been looking into ocean fertilization technology as a way of offsetting emissions of greenhouse gases from factories, power plants and cars.

But the study said that some absorbed carbon simply returns to the atmosphere. Just one to 15 percent falls as what scientists call “marine snow” — dead plants, animals or their faeces — to be stored on the deep ocean floor.

“At best it can make a small contribution” to storing industrial emissions of carbon dioxide, Doug Wallace, lead author of the report at the Leibniz-Institut fur Meereswissenschaften, told Reuters.

The study said that some experiments had successfully triggered a bloom of plankton and bacteria — such one in 2002 that produced a patch visible to satellites in the north-east Pacific Ocean.

But it was impossible to say how much of that carbon stayed in the oceans. And the extra plants might help fish grow in some areas by providing more food, but might also rob nutrients from other parts of the ocean.

Monitoring was vital, especially if ocean fertilization were ever to qualify for carbon credits under a U.N. deal meant to avert more floods, heatwaves, mudslides, or rising sea levels.

But it was far easier to monitor forests, which also soak up carbon as they grow. “A tree might burn next year but then at least you know it didn’t work,” Wallace said. “In the oceans you have a serious measurement problem.”

The study was also skeptical about measures to use huge pipes to suck deep, nutrient-rich waters closer to the surface where sunlight could spur more plant growth. And it did not even look at the possible costs of marine geo-engineering.

Ocean fertilization, or the addition of nutrients to the surface ocean to stimulate phytoplankton activity, thus increasing ocean CO2 uptake.

A new Scientific Summary for Policymakers on Ocean Fertilization is now available through online and in print. The Summary considers the practicalities, opportunities and threats associated with large-scale ocean fertilization.