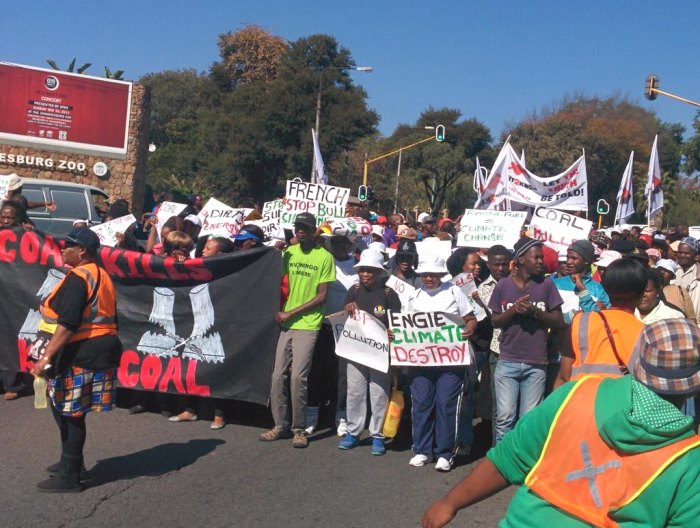 Earthlife Africa protesters take to the streets of Johannesburg to the building of new coal plants.

Earthlife Africa Johannesburg is determined to stop yet another coal-fired power station from being built in water-stressed Limpopo.

Thabametsi is an independent power producer which falls under the Coal Baseload Independent Power Producer Programme (CBIPP). This is part of a larger initiative of the national government to procure capacity and energy from a range of sources, including renewable energy, to be purchased by Eskom and fed in to the national grid. 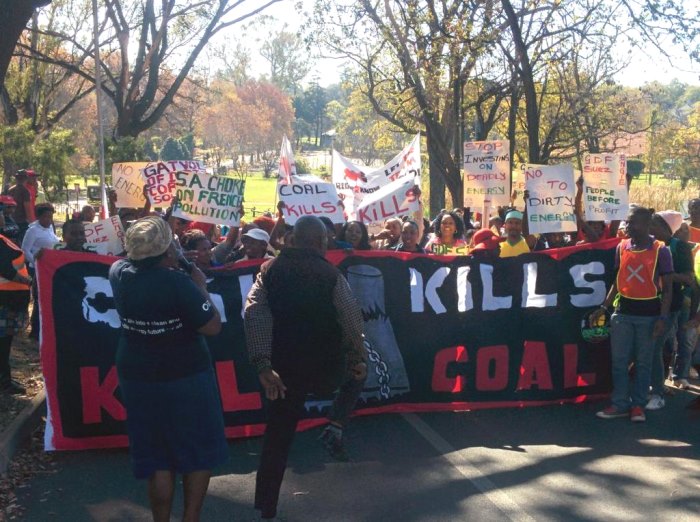 One of the shareholders in the shelf company is the French company Engie (previously GDF Suez) – a company group that markets itself as a global energy player with expertise in renewable energy and which seeks to combat climate change. Unfortunately, however, renewable energy and combating climate change do not seem to be on its agenda as far as its projects in South Africa are concerned.

On Friday, 15 May 2015, more than a thousand Earthlife supporters marched to the French Consulate in Johannesburg to protest investment by French energy company Engie in coal in South Africa. Young Friends of the Earth France held a similar demonstration in solidarity in Paris on the same day.

Earthlife opposes the approval granted for the proposed 1200MW Thabametsi coal-fired power station near Lephalale in the Waterberg on a number of grounds, including climate change impacts and the lack of available water in the area.

The Minister must now decide the appeal within 90 days. This would mean that a decision on the appeal, should the Minister not need to obtain any further information, will be due in mid-October 2015.