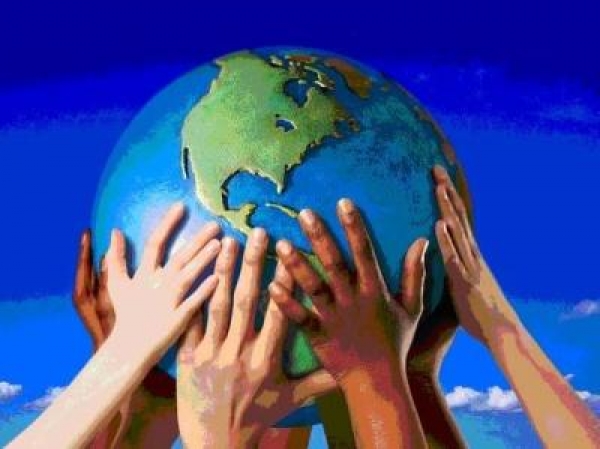 For the ancient tribes of the world, respect was a fundamental value. They understood that their survival depended on their ability to appreciate life and live in harmony with nature. Sadly, it seems that the more ‘advanced’ civilisation became, the more it lost the very value needed to sustain its future.

Today, due to immense environmental abuse, we battle with climate change, a depletion of natural resources and the extinction of many species. Respect – the antidote for abuse – could have made all the difference and it still can. Earth Day, celebrated on 22 April, was a great initiative to remind people of the importance of life, living beings and the earth that sustains both.

Respect recognises the inherent worth of someone or something; to care for oneself, for others and for that which has been entrusted to us. Many people do not realise the huge negative impact of their seemingly small, but harmful actions. Flicking a lit cigarette (and thus throwing waste) out of a car window, wasting water or ‘forgetting’ to clean up after a picnic are more than just bad habits.

All forms of abuse are rooted in disrespect

The biggest problem with abuse is that it seldom happens in isolation. One form of abuse feeds off of and often aggravates another. Think about domestic or public areas that have been gravely neglected (environmental abuse). Often, the abuse does not stop there, but there is a very real possibility that other forms of abuse – against humans and animals – are also being committed in that space.

The national Abuse is Abuse campaign, a partnership between Sappi, Childline and the NSPCA, was specifically launched to fight abuse of the environment, humans and animals by changing misconceptions about the different forms of abuse and creating awareness of its interconnectedness.

The campaign started when Sappi saw the trend in research of how one form of abuse leads to another. ‘For instance, a person who abuses animals is statistically more prone to abusing other people, and people who are victims of abuse are more likely to become abusers themselves,’ says Sappi group head corporate affairs, Andre Oberholzer. ‘80% of child abuse cases show a history of animal abuse, while many people who harm children and animals also suffered abuse in their own childhoods.’

Oberholzer says that Sappi’s dependency on nature makes its fight against the abuse of the environment, and therefore all forms of abuse, all the more relevant. ‘We rely on plantation trees as a renewable fibre for our paper and pulp. If the planet suffers due to abuse, our business suffers,’ he says. For this reason Sappi has become a world leader in environmentally-responsible plantation and manufacturing practices to help mitigate the effects of abuse against the environment. Examples of this include Sappi’s policy only to source fibre from suitably certified, sustainably managed plantations and its continual efforts to be more energy efficient and self-sufficient through technologies and collaborations aimed at increasing the company’s use of bio-fuel.

On Earth Day, the Abuse is Abuse campaign encouraged the public to rekindle value of, and respect for, their natural environment; the source of sustainable life. The ways in which it does this, are endless; nature’s perfect balancing act in providing a safe habitat for plant and animal life, trees’ ability to absorb huge quantities of harmful carbon dioxide releasing oxygen instead, wetlands’ ability to mitigate flooding and purify water, the way in which parks, reserves and other green areas offer relaxation and an escape from city life, etc.

In support of Earth Day Network‘s ‘A Billion Acts of Green’ Sappi appealed to the public never to underestimate how small, positive actions can protect and conserve the planet. Sappi’s suggestions to make a big difference through small efforts include: