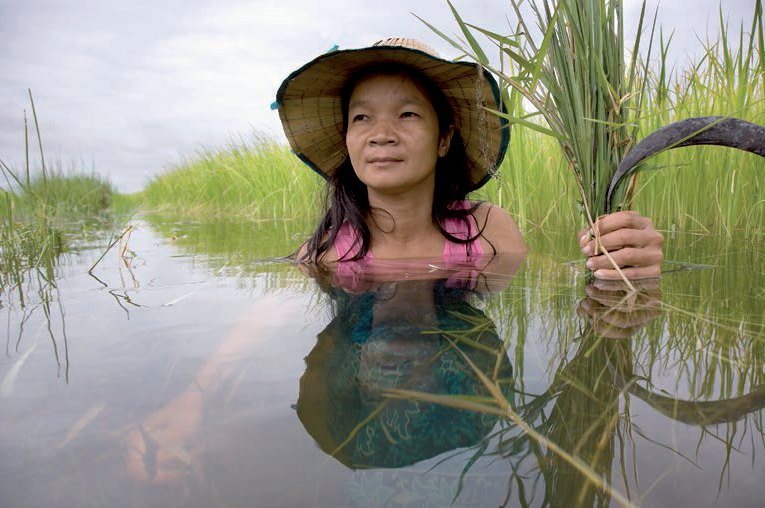 Women suffer more than men due to climate change in Bangladesh. Thanks to socio-cultural factors they are more vulnerable and not looked after by their government.

Dr Sharmind Neelormi is one of the best known Bangladeshi experts working on gender justice and climate change. She has taught Economics at Jahangirnagar University, Savar, Bangladesh since 1994, with a focus on environmental economics, climate change vulnerability, disaster risk reduction and gender. She contributed to the Intergovernmental Panel on Climate Change’s Fifth Assessment Report , and has advised the Bangladeshi Ministry of Environment and Forest and Department of Women’s Affairs in formulating policies on gender issues related to climate change impact in Bangladesh.

She spoke with thethirdpole.net about gender issues and climate change against the backdrop of the COP21 meeting in Paris.

Proggna Paromita Majumder (PPM): Has the Bangladeshi government adequately worked to incorporate gender issues when it comes to mitigation and adaptation issues due to climate change?

Poor and vulnerable women don’t get much help

Dr Sharmind Neelormi (SM): Although the Bangladesh government is taking many adaptation programmes to reduce the vulnerability of climate affected people, it is not helping the poor and marginal women much. In a country like Bangladesh where the women are not empowered, many of the government services hardly reach to them. Although the risks created by climate change are the same for both men and women, due to socio-cultural factors such as social status, women face the effects differently, thus globally women are more vulnerable to disasters than men. 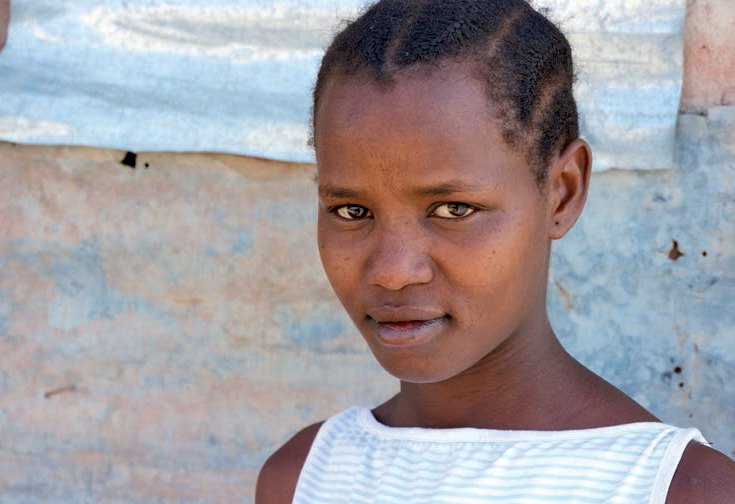 PPM: Can you give an example?

SM: A good illustration is the Bangladeshi government’s initiative of sending flood alert SMS (short message service) alerts to the people who are exposed to floods in Sirajganj district (a town 200 km northwest of Dhaka, on the bank of the Jamuna river). The SMS alerts are now being disseminated, with people being warned up to five days in advance of possible floods. Women are more vulnerable than men from floods, because women largely work indoors. The responsibility of taking care of the children and elderly, as well as looking after the valuables in the house also largely falls on the women. But although they need the information the most, and have mobile phones, their numbers are not in the system as they are not considered “socially important”.

Another issue is that of the distribution of the Agriculture Input Assistance Cards (AIAC), or as they are called in Bangladesh, Farmer Cards. 13.8 million farmers received the cards, but there is no record of how many of them were women. Approximately half of Bangladeshi farmers are women, but because the land is owned or leased by men, the women have not received the cards, and cannot access fertiliser, fuel subsidies or other government benefits. Moreover our research in the last 12 years shows that women’s participation in agriculture has increased by 108% whereas male participation has declined by 2%, so the problem is only becoming worse.

PPM: But Bangladesh is considered a model in showing the way for dealing with climate change…

SM: It is. Bangladesh has done some very good work. For example researchers have managed to create a saline tolerant rice variety and a flood tolerant rice variety. The government has also taken initiatives to introduce them to the farmers. Unfortunately these things are not reaching the female farmers. If you cannot include women farmers into the system, then you cannot develop their capacity to adapt with the situation. If their capacity is not developed, then they will not be able to adapt by themselves, and will have to be taught how to deal with each new adverse situation. Coping with an adverse problem is a short-term solution, but if you are able to train people until they can adapt automatically, then they will be resilient in the face of different challenges. 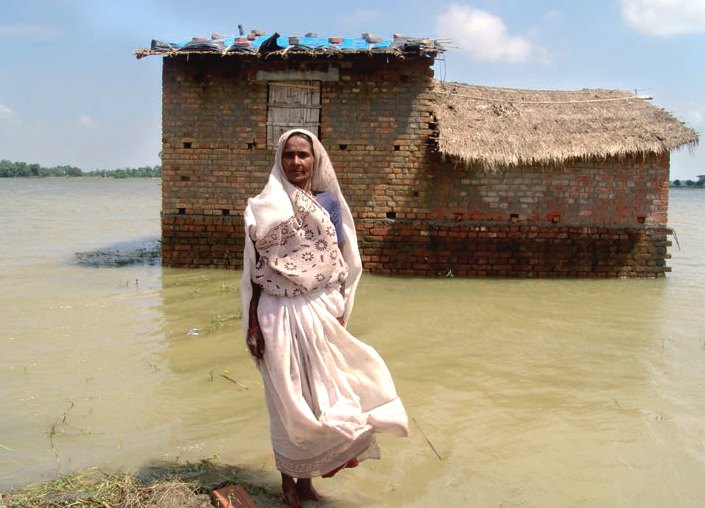 PPM: What would you advise the government to do in order to make their initiatives more women friendly?

SM: As I said, many of the initiatives are good, but to make them truly useful one you have to think a little better. For example when the government creates expensive structures like cyclone shelters they sometimes only see it from a narrow angle. Most of the cyclone shelters are not women friendly. There is no proper toilet, no privacy for a lactating mother, no water supply for their sanitary hygiene. Because the cyclone shelter has not been designed keeping the needs of the whole family in mind, they force women to choose between the safety of the shelter versus her responsibilities / social dignity. Thus the government only manages to provide for half the population, because it has not designed the infrastructure keeping the whole family in mind.

PPM: What is your primary concern about COP21?

SM: The negotiating text we received last year [at the UN climate conference] in Lima addressed women’s issues well. But the text we received before COP 21 much of this was edited out. It is not important to mention women in the text. Rather it should address the issue from a holistic approach. But still this time the women’s network has focused on signing  a legally binding agreement. We had a slogan at the Copenhagen summit, “half of zero is zero”. That remains true even now. If we cannot get a legally binding agreement, if we cannot make the developed countries commit to something, then nothing will happen even if the agreement is women friendly. We have to first get to an agreement before we can try to make sure it is women friendly. 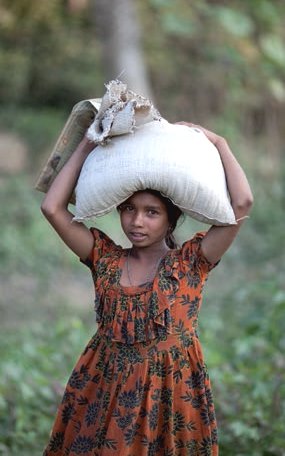 PPM: Is the position of the Bangladeshi government women friendly?

SM: I would not say the government has taken a woman friendly position. I should also not say that the government is doing injustice to women. Bangladesh has never been very pro-active about women’s issues, nor have they opposed them. What they often lack is the capacity to critically deal with the issues presented, so gender justice is just not engaged with.  For example, our delegation this year has only four non-government representatives. It needs a huge delegation to analyse the text and coordinate with other Least Developed Countries. Our problem is that we have problems in quantity as well as quality. All the members of the delegation do not study the text before attending the conference. We neither have the numbers, nor necessarily the expertise to do justice to the issues being discussed, so it is impossible to expect too much. 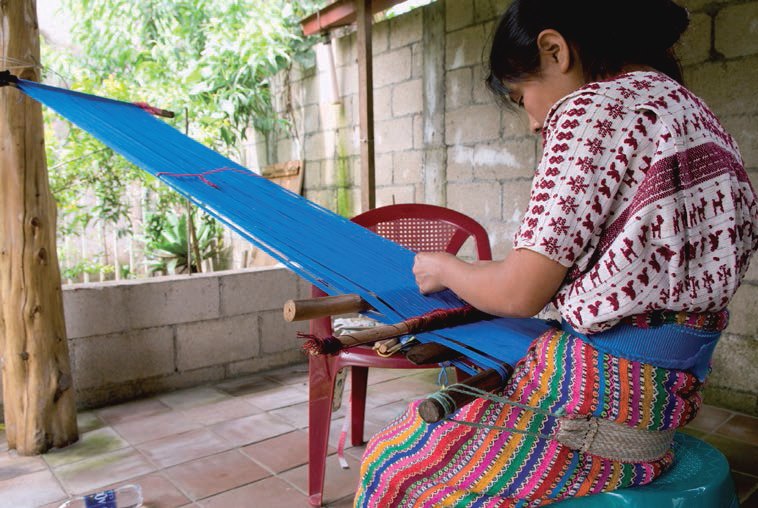 Where the rain falls: climate change, food and livelihood security, and migration

This comparative study highlights that rainfall variability and food insecurity are key drivers for human mobility. The empirical research is based on eight country case studies, including a 1,300 household survey and participatory research sessions involving 2,000 individuals. The results reveal that migration is an important risk management strategy for vulnerable households. Land scarce households trying to cope with food insecurity send migrants during the hunger season to find food or money to buy food. Migration is often temporary and seasonal, if migrants are successful, but can be permanent if options cannot be found to deal with rainfall variability and rural food insecurity. The report states that the principle of common but differentiated responsibilities – both in terms of minimising pressure on vulnerable populations and providing adaptation options – must underlie policy negotiations on climate induced migration and subsequent implementation at all levels.