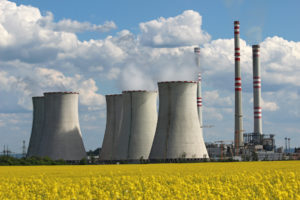 The Pretoria High Court has declared that the environmental approval for the planned 600MW Khanyisa coal-fired power station has expired. Khanyisa would have been built on the outskirts of Emalahleni, already plagued by toxic air pollution.

The court order is effectively the final nail in the coffin for the proposed coal plant – backed by Saudi company ACWA Power – which has met countless legal and other hurdles since its inception.

A huge win for the environment

This litigation followed the 2017 landmark Thabametsi court judgment, which set a precedent confirming that climate change impacts must be assessed and considered as part of the legally-required environmental impact assessment (EIA) process.

ACWA Power’s Khanyisa coal plant was appointed as one of two preferred bidders under South Africa’s first bid window for the Coal Baseload Independent Power Producer Procurement Programme under a 2012 Ministerial Determination that called for 2500 MW of baseload coal. The other appointed preferred bidder, Thabametsi, withdrew its preferred bidder appointment in late 2020, and had its environmental authorisation set aside by the Pretoria High Court in December 2020.

The Khanyisa private coal power project has faced multiple challenges. On 21 July 2020, the power station’s water use licence (WUL) was set aside by the Water Tribunal for the failure to conduct adequate public participation. The ruling confirmed, for the first time, that climate change is a legal requirement that must be considered when deciding whether or not a WUL application should be granted to a coal-fired power station. The Water Tribunal acknowledged that the Department of Water and Sanitation (DWS) had failed to properly consider the climate change impacts, and, if it had, it would not have concluded that the Khanyisa project would be an efficient and beneficial use of water in the public interest – as is legally required – even if such projects may be technically feasible.

Due to pressure from environmental groups, private banks such as Standard Bank, FirstRand, Nedbank and Absa eventually agreed to withdraw from funding Khanyisa, and Thabametsi.

Without a valid environmental authorisation or a water use licence, ACWA cannot legally commence building the power plant.

Communities in the Highveld – where this plant would have been based – have been fighting for their right to breathe clean air, with the Deadly Air litigation launched against the state by groundWork and the Vukani Environmental Justice Movement (VEM) heard in the Pretoria High Court on 17 and 18 May 2021.

There are already 12 polluting coal-fired power stations in the Highveld, in addition to Sasol’s coal-to-liquids plant in Secunda, and the NatRef refinery in Sasolburg. These 14 facilities contribute to the majority of the air pollution in the Highveld.

“The high levels of toxic air in the Mpumalanga Highveld are a scourge that impact people’s health on a daily basis. Had Khanyisa been able to proceed, it would have exacerbated the already toxic air pollution in the Highveld, impacted negatively on the people’s health and their lives in the surrounding communities and further exposing school kids in the nearby Landau school to dangerous level of toxic emissions from the plant and ash. We simply can’t have more coal plants in the Highveld” says Thomas Mnguni, campaigner at groundWork.

“The successful legal challenges against the Khanyisa project are further testimony to the strength of public interest litigation and civil society opposition in opposing dangerous and risky new coal projects. Our courts will uphold the requirement for regulatory approvals to meet the requirements of the Constitution and the Bill of Rights,” says CER attorney Michelle Koyama.

None of the proposed coal projects that were appointed preferred bidders under the coal baseload IPP programme were able to reach commercial and financial close. An additional proposed coal project – the KiPower coal power station – also challenged through litigation by groundWork, has also had its environmental authorisation lapse.

Although government still persists with its plans for new coal under the IRP 2019, the writing is on the wall insofar as new coal projects are concerned. A recent report by the International Energy Agency titled Net Zero by 2050: a Roadmap for the Global Energy Sector, adds to the growing voices of the scientific and economic community – there can be no investment in new fossil fuel supply projects, and no investment decisions for new unabated coal plants.