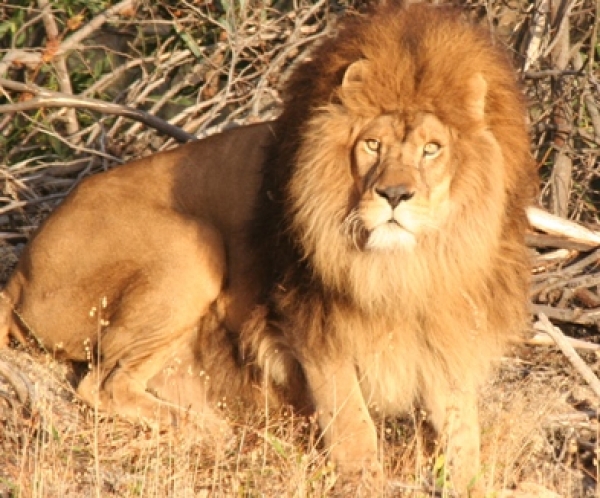 Being something of a free spirit, I wasn’t too keen to visit a lion park for captive-born lions. Maybe the lions would be depressed and the pens small. Instead I found a genuine sanctuary, and a story of hope and human kindness.

Paul Hart is the owner and manager of the Drakenstein Lion Park, situated scenically between Stellenbosch and Paarl. It was a freezing day when I met him, a solid man, of not too many words. As we walked across the land to view the lions he greeted a nearby crow, and it gave a pert ‘hello’. He commented that crows learn to speak far more easily than parrots … and so my education began!

A sanctuary for captive-born lions

The park started in 1998 when a friend asked Paul if he could help to look after two lion cubs. Having worked with wildlife for many years, he took them on. Today the Drakenstein Lion Park is one of only two genuine lion sanctuaries in South Africa offering refuge to animals in distress.

‘We take in lions from circuses and from the canned hunting industry,’ Paul explained, ‘with many animals coming from overseas. Now that our work is known in South Africa it is far more difficult for us to rescue lions here because the ranks are closed against us, as it were.’

He explained how only 10% of rescues in a year actually work out. Red tape makes the process so slow that animals often die or disappear before they can be rescued. 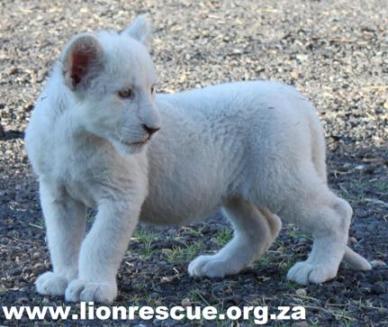 Recently six lions were rescued from the illegal pet trade in Romania. Lion cubs sold into the pet trade are normally used as photographic props and lead a terrible existence. They are often beaten, drugged, badly fed, declawed and defanged. Most of the animals caught in this industry do not live for more than a year. When I saw them, the six youngsters were reclining peacefully in the sun together, their past behind them.

A lifetime of care

Paul emphasised that the place is a sanctuary. This means that there are no commercial implications – there is no trading or breeding of lions. Rather, they are given a life time of care. No human-animal interaction is allowed. The camp is designed so that people do not come into close proximity to the lions, and they cannot pet or feed them. In fact I found it difficult at first to spot the tawny shapes in the long grass. The lions looked well fed and extremely content. Each camp is 10 000m2, well over the legal requirement of 400m2.

No wild lions without the pack

My ideas about lions ranging freely and being rehabilitated in the wild were quickly dispelled.

‘Captive-born lions can never be rehabilitated in the wild,’ Paul said, ‘that was a myth generated by the Born Free movie. Lions are taught to hunt with the pack when they are cubs, and if they are born in captivity that training has not occurred. Also packs do not take in new lions.’

When I asked if the animals might feel restricted in the camps, he explained that in nature they are quite sedentary, and are designed for only short bursts of intense activity. In the wild lions will be inactive for 20 hours per day, whereas in the camps they are actually more active than that. 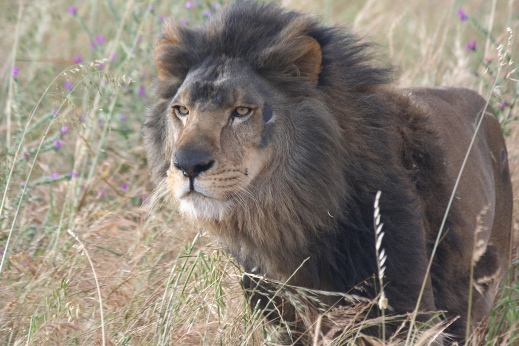 The lions are fed a diet of fresh chicken, horse, beef and donkey.

‘They are more intelligent than dogs, and as apex predators have no natural enemies. There is a presence to them that is inborn.’

According to him their level of affection is determined by their life experience with people. In many cases this has been horrific, with circus animals kept in steel trailers, towed from venue to venue.

The farm has a safari tent camp, giving animal lovers the rare opportunity to spend a night among lions. There is also an Adopt-a-Lion scheme – one can donate R1 000 to contribute to the food, veterinary and housing costs of a particular lion for a year. Funding for rescues, new camps and infrastructure derives from these ventures as well as from admission fees, the restaurant, sponsorship and donations.

On parting I asked Paul what the greatest reward is of his work. Without hesitation he replied ‘the animals.’

How you can help

Find out about volunteer work, adopting a lion and donations at Drakenstein Lion Park. They are open daily to the public.

Saving one animal may not change the world, but surely for that one animal the world will change forever!