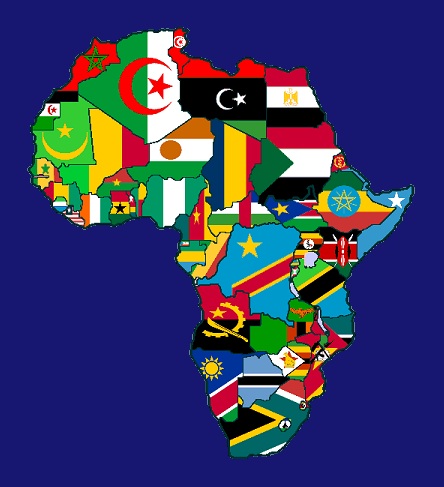 In 2005, Binyavanga Wainaina published a brilliantly sarcastic essay in Granta called “How to Write About Africa,” advising people on how to sound spiritual and compassionate while writing a book about the continent.

“Always use the word ‘Africa’ or ‘Darkness’ or ‘Safari’ in your title,” Wainaina advised. “Never have a picture of a well-adjusted African on the cover of your book, or in it, unless that African has won the Nobel Prize. An AK-47, prominent ribs, naked breasts: use these. If you must include an African, make sure you get one in Masai or Zulu or Dogon dress.”

Wainaina had other tips: The people in said book should be depicted as hungry, suffering, simple or dead. The children should have distended bellies and flies on their faces. The animals, on the other hand, should be depicted as wise and filled with family values. Elephants are caring and good feminists. So are gorillas. Be sure to show how profoundly you are moved by the continent and its woes, and how much it has penetrated your soul. End with a quote from Nelson Mandela involving rainbows. Because you care.

There’s been something similarly distorted to some of the social media reactions to the Boko Haram atrocities over the past week. It’s great that the kidnappings and the massacres are finally arousing the world’s indignation. But sometimes the implication of the conversation has been this: Africa is this dark and lawless place where monstrous things are bound to happen. Those poor people need our help.

An impressive surge of growth & urbanization

Many countries in sub-Saharan Africa are growing at a phenomenal clip. Nigeria’s economy grew by 6.7 percent in 2012. Mozambique’s grew by 7.4 percent, Ghana’s by 7.9 percent. Economic growth in sub-Saharan Africa as a whole is predicted to reach 5.2 percent this year. Investment funds are starting up by the dozen, finding local entrepreneurs.

In 2011, roughly 60 million African households earned at least $3,000 a year. By next year, more than 100 million households will make that much. Trade between Africa and the rest of the world has increased by 200 percent since 2000. Since 1996, the poverty rate has fallen by 1 percent per year. Life expectancies are shooting up.

Only about a third of this new wealth is because of commodities. Nations like Ethiopia and Rwanda, which have no oil wealth, are growing phenomenally. The bulk is because of economic reforms, increased productivity, increased urbanization and the fact that in many countries political systems are becoming marginally less dysfunctional.

Not merely the basket case

Africa should not be seen as merely the basket case continent where students, mission trips and celebrities can go to do good work. It has become the test case of 21st-century modernity. It is the place where the pace of modernization is fast, and where the forces that resist modernization are mounting a daring reaction.

We are seeing three distinct clashes. They’re happening all over the world, but they exist in bold contrast in Africa.

The first is the clash over pluralism. Africa has seen an explosion of cellphone usage. It’s seen a rapid expansion of urbanization. In 1980, only 28 percent of Africans lived in cities, but today 40 percent do. This has led to a greater mixing of tribal groupings, religions and a loosening of lifestyle options. The draconian anti-gay laws in Nigeria, Uganda, Burundi and many other countries are one reaction against this cosmopolitan trend.

The second is a clash over human development. Over the past decade, secondary school enrollment in Africa has increased by 50 percent. This contributes to an increasing value on intellectual openness, as people seek liberty to furnish their own minds. The Boko Haram terrorists are massacring and kidnapping people — mostly girls — at schools to try to force people to submit to a fantasy version of the past.

Overcoming the clash over governance

The third is the clash over governance. Roughly 80 percent of Africa’s workers labor in the informal sector. That’s because the formal governmental and regulatory structures are biased toward the connected and the rich, not based on impersonal rule of law. Many Africans are trying to replace old practices with competent governance. They are creating new ways to navigate between the formal and informal sectors.

Too many of our images of Africa are derived from nature documentaries, fund-raising appeals and mission trips. In reality, Africa faces in acute forms the same problems that afflict pretty much every region these days. Most important: Individual and social creativity is zooming ahead. Governing institutions are failing to perform the basic, elementary tasks.